Prompted by the NZ Herald sob-series on Closing the Gaps I thought I'd take a look at Asian incomes. They are rising rapidly. In only 5 years they have gone from having the lowest median income to second highest.

The chart below shows the median income for individuals aged 15 and older. 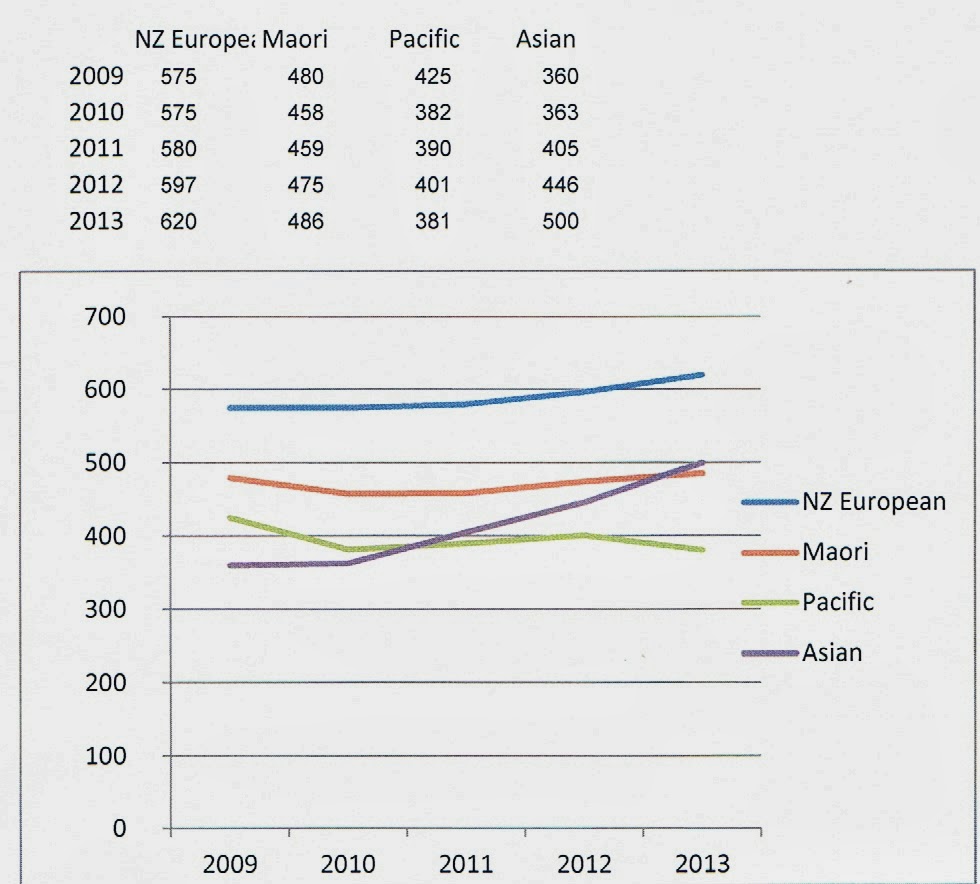 Back in 2009 the median Asian income was much further away from the average - 360 versus 512. In 2013 it's 500 versus 583. But for Maori and Pacific the opposite pattern applies - the gap between median and average is growing. The gap for NZ Europeans is steady. Equality is rising amongst Asians. Most have improving incomes.

The data is given according to source. Asian self-employment is much higher than Maori or Pacific.

Income from self-employment has dropped away for all groups but particularly Pacific.

In 2013 the respective figures for income from government transfers was

No remarkable 5 year change for any group.

Income from investments was

Again not much 5 year change.

All groups recorded increases in income from wages and salaries but for Pacific is was almost negligible at 1%. The Asian increase was greatest at 20%, followed by NZ European at 14% and Maori at 10%.

Working and investing is paying off for Asians. It's the age old story of how to get out of poverty. It's not having kids you can't afford and relying on the government to bail you out.

Would be nice to see some equity, and equality for Asian people in our Parliament. Don't tell Martyn Bradbury or the Stranded though they will start fulminating about racism

"Would be nice to see some equity, and equality for Asian people in our Parliament."
What a juvenile comment. Are you thinking of race quotas..?