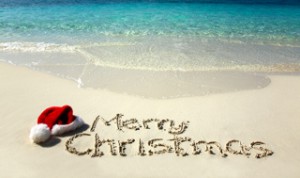 The Breaking Views team - and the New Zealand Centre for Political Research - would like to wish you and your family a very Merry Christmas and a happy and healthy New Year!

Thank you so much for your on-going interest in our work and for your support during the year. Here's hoping 2016 will be a great year for all!

Please don't forget that our main website is at www.nzcpr.com and that if you don't receive our free NZCPR Weekly newsletters, you are most welcome to register HERE.
at 1:57 PM 1 comments

The call for a national day to mark the New Zealand wars has been backed by claims that the wars of rebellion against the national government were land wars, which “left much of the country's indigenous population battered and bloodied, and facing the prospect of dying out altogether within a few generations.”
This is quite false.  The reason for the Maori population decrease of the nineteenth century is clear from the data – there were too few young, too few women, following the disruption and killing of the intertribal wars that preceded the Treaty.
Read more »
at 6:33 PM 6 comments

Mark Zuckerberg and his wife Priscilla Chan marked the birth of their daughter Max by promising to donate 99 per cent of their Facebook shares during their lifetimes to support good causes. For this they were pilloried by some. The economist Thomas Piketty called it a “big joke”. For author Linsey McGoey it was “business as usual, rebranding as philanthropy, and announced with a deceptive air of selflessness”.

We have reached new depths of cynicism when a couple say in a letter to their newborn child that “our hopes for your generation focus on two ideas: advancing human potential and promoting equality” and some people can only sneer.
Read more »
at 11:07 PM 2 comments

Karl du Fresne: The Mother Grundy authorities won't rest until we're frightened to drink anything at all

I wonder if this will be the summer when I get pinged for exceeding the drink-drive limit.

It’s bound to happen sometime. Like most New Zealanders I enjoy a drink, and we’re coming into the season of Christmas parties, barbecues and leisurely outdoor lunches.
Trouble is, the tougher drink-drive laws introduced last year make it far more difficult than before to judge whether you’re over the limit.

The big news of the week has been the Reserve Bank's decision to lower the Overnight Cash Rate (OCR) by a further 25 basis points to 2.5%.

Most of the trading banks reacted by lowering their flexible mortgage rates by the same amount. Kiwibank has the lowest variable rate mortgage on offer at 5.65%. Westpac is the only bank so far to cut a fixed-term rate, slicing 15 points off its two-year special rate to 4.24%. The lowest rate in the market place is 3.99% fixed for one year from SBS Bank. Interest rates are now at their lowest level in over 60 years.
Read more »
at 9:36 PM 1 comments

Sporadic armed conflict accompanied the settlement of New Zealand, from 1843 to 1869, with the bulk of the fighting during the 1860s in Taranaki, Waikato, the Bay of Plenty, and the east coast of the North Island.

On Waitangi Day next year Prime Minister is to announce that responsibility for governance of fresh water in NZ will soon be a shared responsibility between appointed Iwi and elected Regional Councils.
Currently, Regional Councils administer fresh water resource through NZ. This single action will lead to adulteration of process of representative democracy within NZ.

After some years of consultation with high level Iwi leaders such as Sir Temu te Heuheu and Sir Mark Solomon, Prime Minister will allow what he calls rights and interests of Iwi in fresh water to go out for “public consultation”. This process will end where it starts -  with co governance of fresh water as already agreed to between Mr Key and representatives of Iwi.
Read more »
at 10:54 PM 4 comments

Bryan Leyland: Things you know that ain't so - global temperature

“Things you know that ain't so - global temperature records back to 1850 can be relied upon”
Readers may have noticed that all the hype surrounding the climate meeting in Paris is about reducing emissions of that evil gas, carbon dioxide. While there are frequent references to our dangerously and rapidly warming world, melting ice and (slowly) rising sea levels I have seen no mention of what world temperatures are actually doing. A bit odd isn’t it?

When you start looking at temperature records you rapidly get confused.
Read more »
at 12:01 PM 4 comments

H. Sterling Burnett from the US: Paris About Global Control, Not Global Climate

At a press conference in Brussels in early February 2015, Christiana Figueres, executive secretary of the UN Framework Convention on Climate Change, stated publicly what many climate realists had long suspected: The global warming scaremongering going on for more than 25 years was not really about protecting the planet, it was about controlling peoples’ lives by controlling the economy.

As Figueres said, “This is the first time in the history of mankind that we are setting ourselves the task of intentionally, within a defined period of time, to change the economic development model that has been reigning for at least 150 years, since the industrial revolution.” Figueres went on to say, “This is probably the most difficult task we have ever given ourselves, which is to intentionally transform the economic development model, for the first time in human history.”

Karl du Fresne: In the end, ranking the flag options was easy

I hesitated for a couple of days before casting my vote in the flag referendum last week. I thought it might be too difficult.
I can be a shocking ditherer. Just deciding what to have for breakfast can leave me paralysed with indecision. But as it turned out, when the flag choices were starkly set out in front of me, I made up my mind almost instantly.

The Islamic State and fundamentalist Christian groups don’t exactly like one another, but they have quite a lot in common. They both believe in the fusion of temple, State and judiciary. They both regard human beings as being intrinsically incapable of regulating their own behaviour and running their own affairs, thereby requiring rules of proper conduct to be imposed ‘from on high’.

In this morbid view, humankind is inherently amoral rather than immoral: the building blocks of morality, ethics and law are not to be found within the natural human psyche. But this is a completely erroneous premise concerning the nature of the human condition.
Read more »
at 3:05 PM 12 comments

The Resource Management Act is making history - as New Zealand's most amended piece of legislation. The latest amendments are being made possible by a deal between the National and Maori parties.

The changes don't go as far as National had originally intended - they do not have the numbers in Parliament to change the principles of the Act, so it remains primarily an environmental protection document.

Richard Epstein from the US: Obama’s ISIS Paralysis

The recent events in Paris and elsewhere have led the leaders of the civilized world to search for an appropriate response to the barbaric actions of the Islamic State of Iraq and Syria.

The toll of deaths, injuries, and property damage all point to a single conclusion: something powerful must be done, and done now. In spite of this, during an intense press conference in Turkey, President Obama doubled-down on his current strategy, despite the pushback from an ever-more skeptical press corps: “The equation,” Jerome Cartillier of AFP said, “has clearly changed. Isn't it time for your strategy to change?”

At the Paris conference, expect an agreement that is sufficiently vague and noncommittal for all countries to claim victory.