Given the spread of misinformation about Covid-19, Just Facts is providing a trove of rigorously documented facts about this disease and its impacts. These include some vital facts that have been absent or misreported in much of the media’s coverage of this issue.

This research also includes a groundbreaking study to determine the lethality of Covid-19 based on the most comprehensive available measure: the total years of life that it will rob from all people. This accords with the CDC’s tenet that “the allocation of health resources must consider not only the number of deaths by cause but also” the “years of potential life lost.” 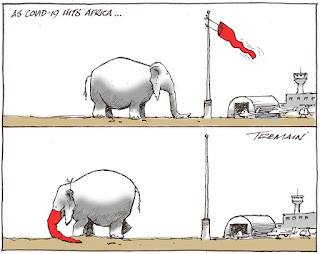 News:
Treaty resumption order opens doors
The Wairarapa Moana Incorporation’s push for land in Mangakino, north of Taupo, to be included in Treaty settlement claims has received the green light after a favourable ruling from the Waitangi Tribunal.

The land at Mangakino had been given to local iwi after the destruction of the fishing economy based around Lake Wairarapa.
Read more »
at 3:00 AM 0 comments

Mike Hosking: Government's rocky week shows they're out of their depth

These must be strange times.

Shamubeel Eaqub and I turn out to be in lock step on one key thing: We need an adult in the room. That's what he said to Parliament's Epidemic Response Committee.

That committee might have been one of the great modern democratic discoveries. All the stuff you never hear about, all the Parliamentary question times you never listened to, was there on display with the added advantage of a bunch of experts, Eaqub being one of them.

By week's end Sir David Skegg spectacularly exposed the Government over a lack of testing, a lack of clear direction, and a plan. Act MP David Seymour managed to change the Government's mind on community newspapers.

And Eaqub exposed the cold hard reality that this is turning into a chaotic mess - and no one of any great repute is actually running this thing.
Read more »
at 10:36 PM 1 comments

Karl du Fresne: A bit more clarity and consistency would be helpful

So David Clark put his mountain bike in his van, drove a couple of kilometres to an MTB track and went for a ride. Where’s the problem, exactly?

I’ll tell you what the problem is. It’s that the public is getting so many mixed and contradictory messages that even the Minister of Health doesn’t seem to know what’s allowed and what’s not.

The government has a problem here. It needs public co-operation and goodwill, and most people are happy to oblige. But it helps if they’re given consistent messages, and it also helps if they can see the logic in what they’re being asked to do.
Read more »
at 9:08 PM 2 comments

Barend Vlaardingerbroek: ‘The Exorcist’ – would a producer get away with it today?

Max von Sydow died last month at the age of 90. The BBC tribute to him showed him as he appeared in several major productions over the course of a long and distinguished acting career, including the 1973 film ‘The Exorcist’ in which he played the role of a Jesuit priest brought in to cast a demon out of a young possessed girl.

That clip of a few seconds brought back some memories. I was an avid movie-goer as a young guy but grew out of the habit by my mid-20s – the last time I went to the flics was in 1982 when I took a bunch of students to Jackson’s Drive-In Theatre in Port Moresby. However, there were films that stayed with me and that I caught up with when I discovered internet websites that run old movies a few years ago. I had truly outgrown the fantasy world of the silver screen and did not bother seeing most of them through. ‘The Exorcist’ was one of two exceptions (the other being ‘The Wicker Man’ of the same year), which I first saw – cut and dubbed – in Auckland in 1974.

This time last week we were all beginning what will for most of us be the most weird, if not difficult, period of our lives; being confined to our homes because 36 people had caught Covid-19.

But we have been assured time and time by Jacinda Ardern that we're all in this together and we're constantly being urged to be kind to each other.

The longer the lockup the shorter the tempers have become with many stories of intolerance, of people being accosted while out for a run or walk, activities we are assured is good for our mental health providing we keep our distance.

Melanie Phillips: Why so many “experts” make such disastrous errors

If you want to discover why so many of our experts are getting things so terribly wrong, Giles Fraser’s interview on Unherd’s “Confessions” with the former Bank of England governor, Lord King, is essential listening.

King asks what it means to be rational in an age of deep uncertainty. Many experts, he says, have come to believe that mathematical calculations and computer modelling provide us with an authoritative representation of reality.
This is hopelessly wrong because such calculations can never encompass the uncertainties that help form human behaviour. Yet these experts have come to believe that everything can be thus quantified and explained. So anything that can’t be quantified is therefore useless; and anyone who challenges the quantification model is somehow suspect and is disregarded or even disrespected.
Read more »
at 9:40 AM 0 comments

Matt Ridley: As research progresses, the nature of our enemy is becoming ever clearer

‘This pestilence was so powerful that it was transmitted to the healthy by contact with the sick” wrote Giovanni Boccaccio of the Black Death, in his preface to The Decameron. The trouble with the coronavirus is almost exactly the opposite – it is transmitted to the sick by contact with the healthy. The people most at risk of dying are those who already suffer from underlying illnesses. And evidence is accumulating that the virus is passed on very early in the progression of the disease, often when you are still without much in the way of symptoms.


The arrival of fast and reliable mass antibody testing, this coming week with luck, should be a game changer. It will enable those who have had the virus and recovered to be identified and licensed to resume normal life. How long their immunity lasts is unknown, but there is a good chance it will be many months at least.

This week's challenge is to try and see if we can do something about the Government's messaging.

Forget the whole issue around what's local, and how far you can drive to a park. The Government, in yet another example of how this whole thing is highly political, is controlling the messages you hear on any given day.

We have been looking to get Iain Lees-Galloway on the radio show for most of last week - he is not allowed to speak to us.

This week we review the Government’s strategy for dealing with the COVID-19 pandemic and examine new information emerging from around the world, our NZCPR Guest Commentator Michael Coote outlines how the Government has turned a blind eye to the illegal actions of vigilante groups setting up road blocks, and our poll asks whether you believe the Prime Minister should require these tribal blockades to be removed. 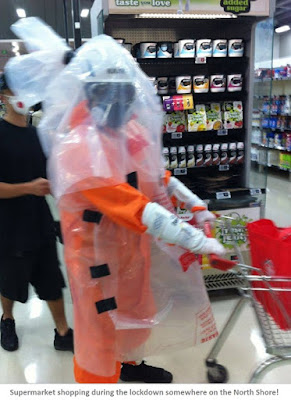 Unrestrained slaughter – The Maori Musket Wars 1800-1840 is a brief account of a gruesome chapter in New Zealand history in which Maori killed about one third of their people.

Maori tribes have a long history of fighting each other since they arrived in New Zealand around 1250AD. Each new influx of arrivals from the islands found numerous people living here, many of whom were killed so that the newcomers could take over.

In Maori society, there were many reasons to take up arms. Tribes needed to hold on to their land and food resources so had to repel attacks. Young men were trained for war and lived to establish a reputation by success on the battlefield.

The story of the so-called Parihaka “invasion” on November 5, 1881, on the coastal side of Mount Egmont-Taranaki, is all about colonial power and injustice was imposed on Maori peacefully resisting the confiscation of their land, right? Actually, wrong.

A new book by publisher John McLean goes beyond the self-serving oral histories that the Waitangi Tribunal relies on to tell the story as written by people who saw what happened in Taranaki in the late 19th century.

Mike Butler: A lock-down, a model, and the flu

Evidence has emerged to show that the current lock-down that has crippled the New Zealand economy is based a possible scenario predicted in a model, the assumptions of which have been contradicted by expert medical opinion.

The model, created by British scientist Neil Ferguson of Imperial College London, predicted that 2.2 million Americans and more than half a million Brits would be killed. (1)

He said that that if the US and UK did not shut down for 18 months, and isolation measures were not taken, “we would expect a peak in mortality (daily deaths) to occur after approximately three months.” His “models” showed overflowing hospitals and ICU beds.

News:
Iwi enforce border protection across country
From the Far North to East Cape and Auckland, iwi have begun to put in place rāhui to protect their territories from infection by visitors or returning locals.
Read more »
at 3:00 AM 0 comments

The Covid-19 virus (CV-19) is first and foremost a health crisis. But it is fast becoming an economic crisis as well. Some observers are asking whether the economic damage will be greater than the health damage. One commentator observed that “we are deliberately destroying our economy to slow the spread.”

When the health damage could involve a large scale death toll, many people will rush to the judgement that any economic cost is a price worth paying — even if they think about it at all. That seems to be the consensus so far — but it may not stay that way as the potential enormity of the cost becomes more visible by the day and people accustomed to freedom bridle at draconian restrictions tying them to their homes and shutting down their businesses.

The proposition that our Police are paving the way for a partnership in which former MP Hone Harawira and other iwi leaders police communities within the borders they define went unchallenged when put to press officers working for the Prime Minister and the Police.
The picture painted in the preceding paragraph was drawn from Deputy Police Commissioner Wally Haumaha’s statement on road blocks Harawira set up in Northland to check tourists’ health.  He declared:
” … we want to model what it looks like when iwi, police, councils and other agencies work in partnership”.
But nether the Police nor the Prime Minister’s Office directly answered questions put to them by Point of Order about the legality of Harawira’s blocking public roads while policing the a border which he presumably established.
Read more »
at 4:03 PM 3 comments