I don’t normally pay any attention to beauty pageants. For one thing, I can’t say that I find most of those beauty queens all that appealing – they’re pleasant enough on the eye in the way that a painting or sculpture can be, but they don’t hit the right hormonal buttons with me, if you know what I mean. Yes, this is getting about as subjective as it can get, and I’d be the first to concede that beauty is in the eye of the beholder.

Still, one can be objective about subjectivity, including perceptions of beauty. Most people are attracted to certain ‘types’ in the first instance and then take stock of a given individual within that frame of reference.

For instance, I’m personally very partial to the Nordic ‘type’ and would rate an ‘average’ Nordic woman well above all but the most strikingly attractive women of most other ‘types’. (I know I’m coming across as an old male chauvinist, but hey, we are talking about beauty contests here!)

Many Japanese are not at all enthralled by Miss Japan 2015, and thereby Miss Universe 2015 entrant, Ariana Miyamoto. The reason most give is not that she is unattractive but rather that she is “not Japanese”. She is a hafu – of mixed race (the moniker is derived from the English word ‘half’) – and is the first hafu to be chosen to represent Japan in this capacity. The latter circumstance is a convenient one in that it enables detractors to focus on the general issue of hafu representing Japan rather than on the young woman at the centre of the controversy.

The BBC reporter covering the story made a point of discussing the row in the context of the ‘myth’ (his word) of Japanese racial identity. The Japanese like to think of themselves as a distinct race, although in fact, he went on, they’re a genetic hotchpotch derived from various East Asian stocks. I am sure most Japanese do realise that, and also realise that the Japanese ‘type’ is a member of the East Asian set within which Japanese have been intermarrying for centuries, albeit in very low numbers.

And they have been intermarrying outside that regional set too. Two television personalities with large followings among the general Japanese population are Christel Takigawa, an announcer and news presenter of Japanese/French parentage, and ‘Rola’, a vivacious character of mixed Bengali/Japanese/Russian stock (one local source refers to her as “three-eighths Japanese”) who is also a favourite with fashion and beauty product advertisers. 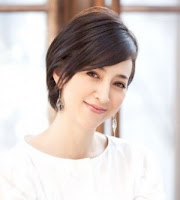 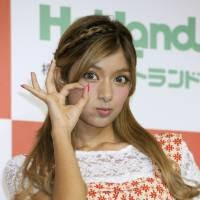 A lot of people reacted angrily when a critic referred to Ms Takigawa as a gaijin (foreigner) on one recent occasion, while her devotees rallied to her defence when ‘Rola’ found herself in the spotlight because her old man had come to Japan (from Bangladesh) for medical treatment and had scarpered without paying the bill.

Cases such as these give outsiders an insight into the complex mentality of most Japanese with regard to race and belonging. Perhaps we should shift the focus from race to ethnicity, a broader concept that encompasses cultural attributes. Whether the Japanese are a distinct race is a debatable question that comes down to quibbles about the definition of ‘race’. However, there can be little argument about the proposition that the Japanese are ethnically distinct – and that distinctiveness is something they want to protect.

But while ethnicity is about more than race, the latter can not be totally removed from the ethnicity equation. I suppose that brings me back to where I started – with ‘type’. To be Japanese, one needs to be consistent with the Japanese ‘type’. This presents few problems for mixes with other East Asians, the products of which do not jeopardise the integrity of the Japanese ‘type’. Mixes from further afield can also be accommodated within the Japanese ‘type’, as even a cursory glance at ‘Rola’ bears witness to. However, we are now stretching the boundaries and are approaching a limit – a limit which Christel Takigawa would appear to be very close to.

That brings us to Ariana Miyamoto, Miss Japan 2015. 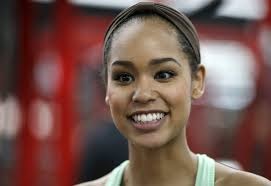 Did I hear a penny drop? Yes, the other ‘half’ is sub-Saharan African – Black. There, I said it for you, and now you can stop pretending you didn’t notice. Of course, if you’re Japanese and getting onto social media to broadcast your disapproval, you won’t want to be stating the obvious too openly – could be bad for your reputation especially if you move in ‘liberal’ circles. So instead of coming straight to the point, you’d likely be beating around the bush by making a general issue of a hafu representing Japan. Which is exactly what many have done, although a number of astute observers saw through the smokescreen straight away.

No, I won’t call the Japanese ‘racist’ as that pejorative term generates heat rather than light. I’ll stick to the ‘type’ model. It’s a matter of ‘within-type’ versus ‘outside the type’. Now it does seem understandable that the Japanese would want their representative at the Miss Universe contest to be of their ‘type’ – all the more so given that 99% of the population (‘pure’ Japanese plus mixes with other East Asians) conform to it. But if ‘Rola’ is [just] within-type and Christel is borderline, Ariana simply doesn’t register on the scale.

To people in immigrant societies such as the US, Canada, Australia and NZ, a lot of this doesn’t make much sense. There really isn’t such a thing as a ‘Canadian type’ or an ‘NZ type’ in ethnic terms. However, we need to look at this issue not through the lens of an immigrant society but through that of an ethnically remarkably homogeneous society where ethnicity is moreover a central pillar of people’s identity. So go easy on the invective if you’re so inclined.

With a birthrate that has been plummeting for decades, and the increasing westernisation of society and popular culture, the issue of race/ethnicity has become one of survival for many Japanese who feel that the continuing existence of their unique identity needs to be assured by putting boundaries around it. Statements such as the following, made to AFP by the incumbent Miss Japan 2015, come across as rather threatening in that context:

I want to start a revolution. I can't change things overnight but in 100–200 years, there will be very few pure Japanese left, so we have to start changing the way we think.

As a member of another ethnic group similarly facing existential threats, I have empathy with Ariana Miyamoto’s detractors. If that makes me a ‘racist’, so be it.