Barend Vlaardingerbroek: ‘People of the Book’, ‘People of No Book’, and the ‘clash of civilisations’

“I think Islam hates us. There's a tremendous hatred… There is an unbelievable hatred of us.” – Donald Trump, 9 March

Islamist extremists certainly hate us. But exactly who is ‘us’? The ‘Christian West’ would be a common answer especially in the US, but it’s not a very satisfactory answer – there was little ‘Christian’ about the twin towers and even less ‘Western’ about the victims of the Lahore atrocity last week.


And who is the ‘hater’? To take ISIS or al-Qaeda or the “Taliban splinter group” (as the BBC called them) that carried out the Lahore bombing as being representative of Islam as a whole is akin to taking the Ku Klux Klan as being representative of Christianity as a whole. You can’t generalise about the mainstream by back-extrapolating from the fanatical fringe. Indeed a great many Christians don’t accept the Christian label for the Klan, and a great many Muslims don’t accept the Muslim label for the extremists in their camp. 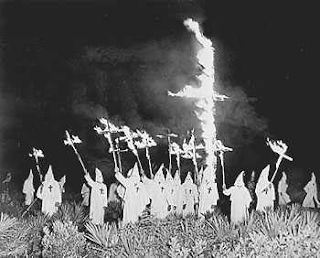 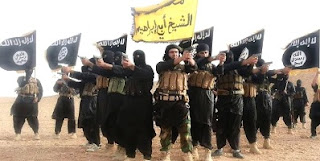 Birds of a feather, but neither represents most of its own flock.

The orthodox Islamic ‘People of the Book’ doctrine posits Jews, Christians and Muslims to be fellow members of the Abrahamic religious family. Islam regards Abraham and various other personages in Judaism to have been prophets, and they regard Jesus to have been one too. In this sequence of progressive revelation, Mohammed was the last prophet and superseded those who had come before him. Islam regards followers of earlier prophets to be misguided, but they are religious cousins nonetheless.

There have been Christian (and Jewish) communities in Muslim countries for many centuries. On the whole, the coexistence has been peaceful and prosperous, and the rights of those communities were respected and upheld, including their right to live according to their own laws and traditions pertaining to such civil matters as marriage and inheritance. Yes, of course there are stains on that record – big, ugly ones, even – but they were aberrations that were usually recognised as such and rectified.

What about the ‘clash of civilisations’ that we have heard so much of over the past few years? The last Islamic empire that posed a direct military threat to Europe was the Ottoman,  which the combined forces of ‘Christendom’ decisively dealt with in the 16th century (once they managed to set aside their differences for long enough to present a united front). By the late 19th century, the [Islamic] Ottoman Empire had forged strong links with the [Christian] German Empire which it was allied to in WW1. It was no Muslim vs Christian ‘clash of civilisations’ that was going on a century ago. 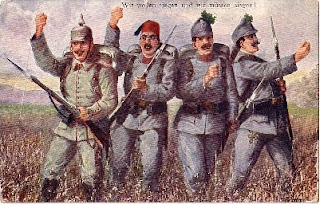 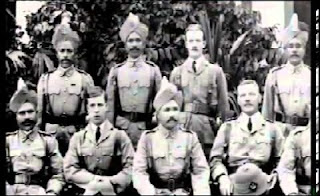 To speak of a Christian vs Muslim ‘clash of civilisations’ today is absurd, at least in the Western European context. Western Europe is aptly described as a post-Christian civilisation as Christianity is no longer of any but residual relevance to systems of governance and is no longer the basis of most people’s personal ideology. The intellectual maturity gap of 100+ years between Western Europe and the US is pronounced in this regard. Still, to claim that Christianity is at the root of any ‘clash of civilisations’ between the Muslim world and ‘the West’ is to hark back to yesteryear.

There is a ‘clash of civilisations’ going on today, but it is secularism and not Christianity that is the antagonist. That’s ‘secularism’ as used by educated British English speakers, not the ‘secular’ of Americanised pop-speak. Secularism isn’t about everyone claiming to be an atheist and constantly slinging mud at religion. It’s about removing religion from government and law. Plenty of people who harbour profound religious beliefs are secularists in this sense. Some regard it as demeaning for religion to stoop to the profane rough-and-tumble of politics. Many realise that bringing religion into politics and law turns the instruments of governance into sectarian arenas.

While one can comfortably be both Christian and secularist, though, being both Muslim and secularist is a much harder act. Modern Western Christians realise that government and law are products of human endeavour rather than of divine revelation. But Islam comes with its own supposedly divinely prescribed schema of governance that has set rules for everything from conducting your morning wash to intergovernmental relations. For a Muslim to embrace secularism is to ditch a sizeable chunk of the teachings of the Quran and the Hadith. 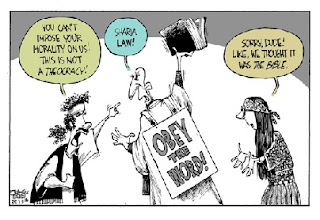 Most Muslims can fathom the ethical norms and mores of other ‘People of the Book’. What they can’t fathom is those of ‘People of No Book’. Firmly entrenched in the Muslim mindset is the assumption that there is a religious basis on which ethics and law must rest, which in the case of secular ethics and law there isn’t (they share that blind spot with fundamentalist Christians – see my article “The non-religious origins of law”, Breaking Views 5 December 2015). That is where the rub lies, not with any lingering Christian influence in our societies (I’m speaking as a Western European – it’s a slightly different story in Amurrica, bless their cotton socks).

The good news is that many ‘westernised’ Muslims are starting to tumble to the fact that secular law is their interests. Under our system, they are free to abide by their own customs insofar as those do not contravene the law of the land. This includes the observance of many aspects of Islamic law. For instance, a Muslim man in the UK can marry one, two or three additional wives in a British Sharia court, although these additional marriages are not recognised by English law (hence there is no prosecution for bigamy). After all, any man in our societies can have any number of willing female consorts, so why would we treat a Muslim man any differently? (And of course the converse applies equally….)

We need to get this right for everyone’s sake. Islam as such does not ‘hate Christianity’ or ‘hate Christians’. Islam is, however, inimical to secularism – as is fundamentalist Christianity, which similarly yearns for a return to theocracy. But we, the ‘People of No Book’, are now in charge – and everyone had better hope it stays that way, for only then can we ensure that everyone is treated equally under the law.


Barend Vlaardingerbroek BA, BSc, BEdSt, PGDipLaws, MAppSc, PhD is associate professor of education at the American University of Beirut and is a regular commentator on social and political issues. Feedback welcome at bv00@aub.edu.lb

Resurgent Islam, funded by petro-dollars and fuelled by the West’s extreme Left, has conquered Europe and is on its way, over the next century or two, to defeat the rest of the non-Muslim world. This will be seen by future historians as the greatest and possibly the least violent of all of Islam’s conquests. The imposition of Islam and its twin battles, between purity and modernity, and between Shia and Sunni, will plague Europe beyond the foreseeable future. The Middle East of today will be the Europe of the future.

This is why Barend Vlaardingerbroek is totally wrong in thinking that because “many ‘westernised’ Muslims are starting to tumble to the fact that secular law is their interests” that this will help change anything. They do not and cannot drive the agenda. Islam’s rules are inviolable and cannot be changed. It has a 7th century morality and the will and manpower to impose it on its conquered states.

Anyone thinking that the answer to the peaceful coexistence of Islam and the West lies with ‘moderate’ Muslims is living in a fool’s paradise.

The problem is Islam. It may be too late even for New Zealand.

I think it goes to show that cultures develop in all sorts of ways but we shouldn't assume they will fit nicely together?

Another thought i had to day is that we would get along better if the left would stop bending over backward to defend unacceptable Islamic interpretations.

At the heart of Islam are the 5 pillars. The most fundamental ones that most Moslems try to achieve is praying to Allah five times a day, and fasting during Ramadan. By doing this Moslems hope to find favour with Allah so their good deeds will eventually outweigh any wrongdoing, and Allah will ultimately welcome them into Paradise. Sharia law is just an extension of the ways in which Allah can be pleased. Linked to this is the idea of shame and honour. A Moslem who changes his/her religion brings shame on the family and honour can only be restored by bringing the apostate back into the Moslem fold, or in extreme cases killing the offender. We in the west struggle to get our heads around this cultural mind set.

By the same token, Moslems viewing the west through their own cultural lenses see us as decadent, and although they want to enjoy many of the benefits of western affluence, they want to ring fence their communities against the things they consider offensive. While westerners manage to keep religion and state in a fair degree of separation, Islam is monolithic and knows no such separation. It also makes it intolerant of minority groups in majority Moslem countries.

The clash occurs when 'western' secular states that have largely jettisoned their Judeo-Christian moral underpinnings are being slowly overwhelmed by a rapidly growing population of (Moslem) people who march to an entirely different drumbeat. People trying to get on with living as they best know how. It is very hard to see how there can be any resolution when one group appears to be losing its way, and the other group is demanding their way.

The fact that there is a "purity versus modernity" (Kit Slater above) struggle within Islam shows that Islam's "rules" are NOT inviolable and CAN change. Flexibility of interpretation is built into Islamic ethical and legal reasoning particularly with regard to the Hadith.
Anonymous 2, why should we Westerners find it so hard to "get our heads around this cultural mind set" given that we were behaving in exactly the same manner until historically recently? I'll remind you too that British constitutional law continues to forbid a royal to marry a Catholic!
The one thing no-one is telling us is what realistic, viable alternatives there are to my pragmatic approach. Thumping the table and saying that "the problem is Islam" offers us nothing in this regard.
There is a "resolution" (Anon 2) in the making whereby our societies operate according to secular law while allowing religious communities (Muslim, Jewish, Mormon, Hindu......) to observe their own rules where those do not come into conflict with the law of the land. Incidentally, we have been applying this principle to Jewish communities in our midst for centuries.