Barend Vlaardingerbroek: I cancelled my birthday

Yes, you read that right – I cancelled my birthday. There wasn’t one. There was nothing to either celebrate or commiserate on the 11th of December.

“Hey, you can’t do that,” I hear someone saying incredulously.

We live in a time when what you are is entirely up to you. Get thee behind me, biological determinism!
In the course of my ramblings on Breaking Views, I have dealt on a number of occasions with the issue of gender identity (‘Gender – three and counting’, 25-04-14; ‘Do we really need new toilet laws?’, 03-06-16; ‘Transgender kids and sexploitation’, 04-03-17; ‘Genderless pronouns just might make sense after all’, 02-04-17).

All that is old hat. The new rules are quite simple: whether you’re M, F, both, neither, or something else altogether is a matter of choice. The even better news is that, whatever your birth cert says or doesn’t say, you can identify as a member of another gender whenever the fancy takes you. That can be extremely useful, as it was for this guy who identifies as M half the time and as F the other half of the time and made it onto the coveted list of the top 100 women in UK business! There’s initiative for you! 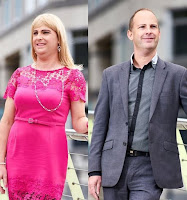 Hey, that’s cheating!
Philip on the right spends half his time as Pippa on the left. Pippa was on the list of 100 top women in business in 2018. Lucky Philip.

Long live personal autonomy! Now let’s move on and apply this new philosophy to attributes other than gender.

Race is an obvious candidate, and people have been jumping on the bandwagon. Well-publicised US cases include Senator Elizabeth Warren, who made a big deal of being 1/1024th Red Indian (Trump referred to her on one occasion as ‘Pocahontas’), and Rachel Dolezal, a White woman who posed as an African American for many years (she called herself Nkechi Diallo), and whose defence to a charge of welfare fraud on the basis of this deception was that “I identify as Black”. I’m sure readers can think of NZ parallels.

What about age? Late last year, one of my countrymen, Emile Ratelband, decided that it was time to tackle this last bastion of oppression and discrimination on the basis of arbitrary and wholly immaterial biological minutiae head on. Mr Ratelband, age 69 at the time of application, says that his doctor has declared him to have the physique of a man in his 40s. He complained of having trouble hooking up with women on Tinder, which he put down to his age. Obviously dreading the milestone of 70, which would likely kill off his romantic aspirations as expressed through Tinder for good, he applied to the court for the right to have the year on his birth certificate advanced by 20 years, thereby making him 49 again, in the not entirely unfounded expectation that his sex life wouls improve out of sight when he could present himself as a much younger man on the dating website. Unfortunately for him, the court did not see it that way.

The trouble with age is that, unlike sex and race, it automatically changes on a regular basis – I am reliably informed that it does so every 12 months. If the court had endorsed Mr Ratelband’s petition, it would have set the ageing clock back but wouldn’t have stopped it, and he would have been back to square 1 twenty years down the track when he would have been 69 for the second time.

What we really need is the right to fix our age. This appears to be the ploy that 6-year-old little girl Stephoknee, who in a former life was a father of five in his 50s, adopted. 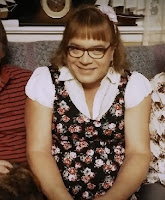 A few decades ago, this joker would have been consigned to a mental asylum. Now he’s just another case of ‘preferred’ identity – as a 6-year-old girl called Stephoknee.

This is the strategy I myself put in place last month (minus the girlie bit). In the weeks prior to what would have been my 64th birthday, I was having frequent nightmares in which the Beatles’ song “When I’m 64” played a prominent role. Simple solution: don’t turn 64. So I didn’t. I’m still 63 and I’m gonna stay it. So there.

This does create a slight problem in that the gap between my ‘preferred age’ and the calendrical year in relation to the year on my birth certificate and in my passports (I’ve got two)  is going to widen every 12 months. I’ve given it some thought and can see two ways around it. What I want the court in Holland to do is to declare that both my year of birth and current age have been legally frozen for all time because I identify with both the year 1954 and age 63. If they don’t buy that, I’ll try to get the court to order the birth certificate and passport offices to advance my year of birth by 1 year every 12 months. That would admittedly be a rather expensive option for me, although I could try to argue that charging me for a new passport annually whereas other people are charged only every 10 years would be discriminatory and the fee should accordingly be waived for 9 years out of every 10.

I will probably have to go through the whole rigmarole again when I return to NZ to retire. Let’s hope they come to the same decision, otherwise I could be faced with the bizarre situation of having a different year of birth in my two passports.

I’ll let you know what happens. In the meantime, here’s wishing you all, whatever you identify with or as, a very happy new year!