A generation after leading scientists and experts warned the world of an escalating series of horrendous famines, the crop gluts continue. The latest kick in the pants to the Malthusian doomsayers is a bumper global wheat harvest.

The recent US winter wheat harvest was 45m tonnes, up 21 per cent from 2015, according to the US Department of Agriculture. Merchants who have run out of room in silos are piling wheat outdoors.

Storage concerns are also growing in Russia, which is this year set to become the largest wheat exporter after hauling in more than 70m tonnes. In Canada, the government anticipates the second-largest wheat crop in 25 years, of 30.5m tonnes. Australia’s imminent wheat harvest is forecast at 26.5m tonnes, the most in five years.

Defying not only the Club of Rome doomsayers, but also the climate Chicken Littles who have been warning about damage from rising temperatures to world agriculture, food production is booming even as meteorologists call July 2016 the hottest month ever.

This isn’t to say that there aren’t problems and worries in the world, but the combination of human ingenuity and the complexity of natural systems means that science is never quite as settled as publicity seeking scare mongers want people to think.

Through the first eight months of the year, 2016 seems to be racing toward what might be its place in history — as the second warmest year in the satellite temperature record. But just by a little bit, according to Dr. John Christy, director of the Earth System Science Center at The University of Alabama in Huntsville.

“While global average temperatures peaked higher this year than they did in 1998, temperatures fell faster this spring and summer to levels that are cooler than they were at this same time of year in 1998. We had three months this year that were warmer than their 1998 counterparts, and five that were cooler. There is really no reliable way of predicting what the next four months will do, compared to those same months in 1998.”

The University of Colorado professors who shut down climate change debate in class have landed on the radar of a top school official, who says he wants to make sure students are being “educated, not indoctrinated.” 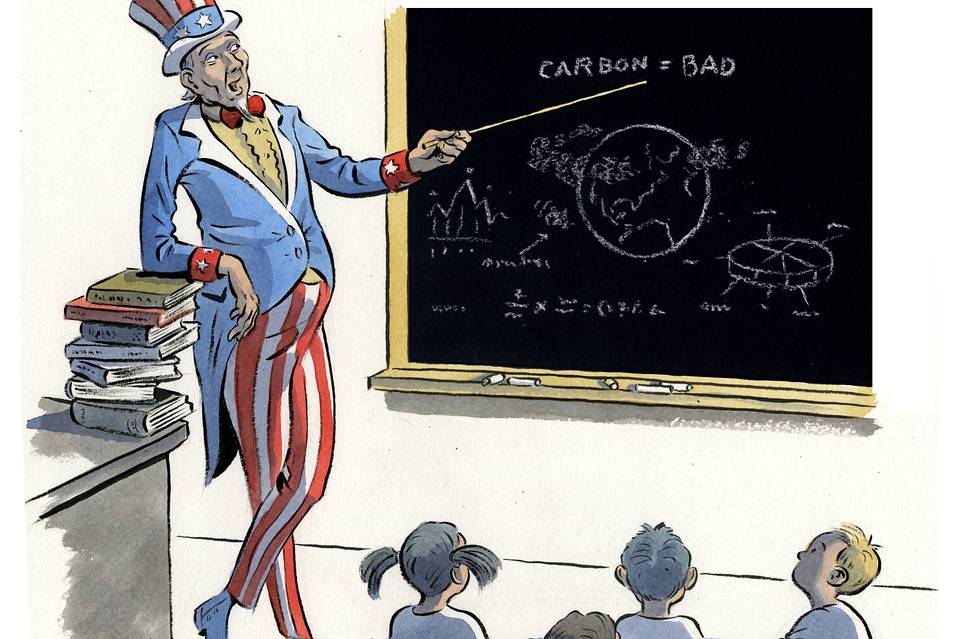 “I have a lot of questions after reading this reported email sent to students,” Mr. Carson told The Washington Times. “We should be encouraging debate and dialogue at the university, not discouraging or forbidding it. Students deserve more respect than this. They come to the university to be educated, not indoctrinated.”

He said several constituents asked him Wednesday about reports on the email, in which professors told students that the course would be based on “the scientific premise that human induced climate change is valid and occurring,” and that anyone disputing that premise may want to drop out.

“We will not, at any time, debate the science of climate change, nor will the ‘other side’ of the climate change debate be taught or discussed in this course,” said the email posted online Wednesday by the College Fix.

Mr. Carson, a Republican, said he also was concerned about limits on student research based on another statement in the email: “We ask that any outside sources that are used be peer-reviewed by the Intergovernmental Panel on Climate Change,” which falls under the auspices of the United Nations.

“If it’s accurate, the email even limits the sources of research that students can use,” Mr. Carson said. “For there to be a prohibition on debate and dialogue on a particular public policy issue at the university is certainly alarming.”

The nine-member Board of Regents, an elected body that oversees the University of Colorado system, has a 5-4 Republican majority. The board is scheduled to meet Sept. 8 at the UCCS campus.

THE Sun can reveal the PM has hired an expert guru from British Gas owner Centrica to beef up the policy team at the heart of Downing Street – Georgia Berry.

The move comes as part of a planned push to clamp down on rip-offs hitting millions of hard-working consumers up and down the country.

Proposals for a market that works better for Britain are expected to be at the heart of the Prime Minister’s Tory Party conference policy blitz – alongside social reform and tackling inequality.

And experts warn there are huge policy decisions looming to keep Britain’s lights on.

5) Simon Jenkins: In Post-Brexit Britain Optimism Should Become A Strategy
The Guardian, 1 September 2016

Optimism’s trump card is the past and present. It is facts. These too can lie, but those who say so must prove it. 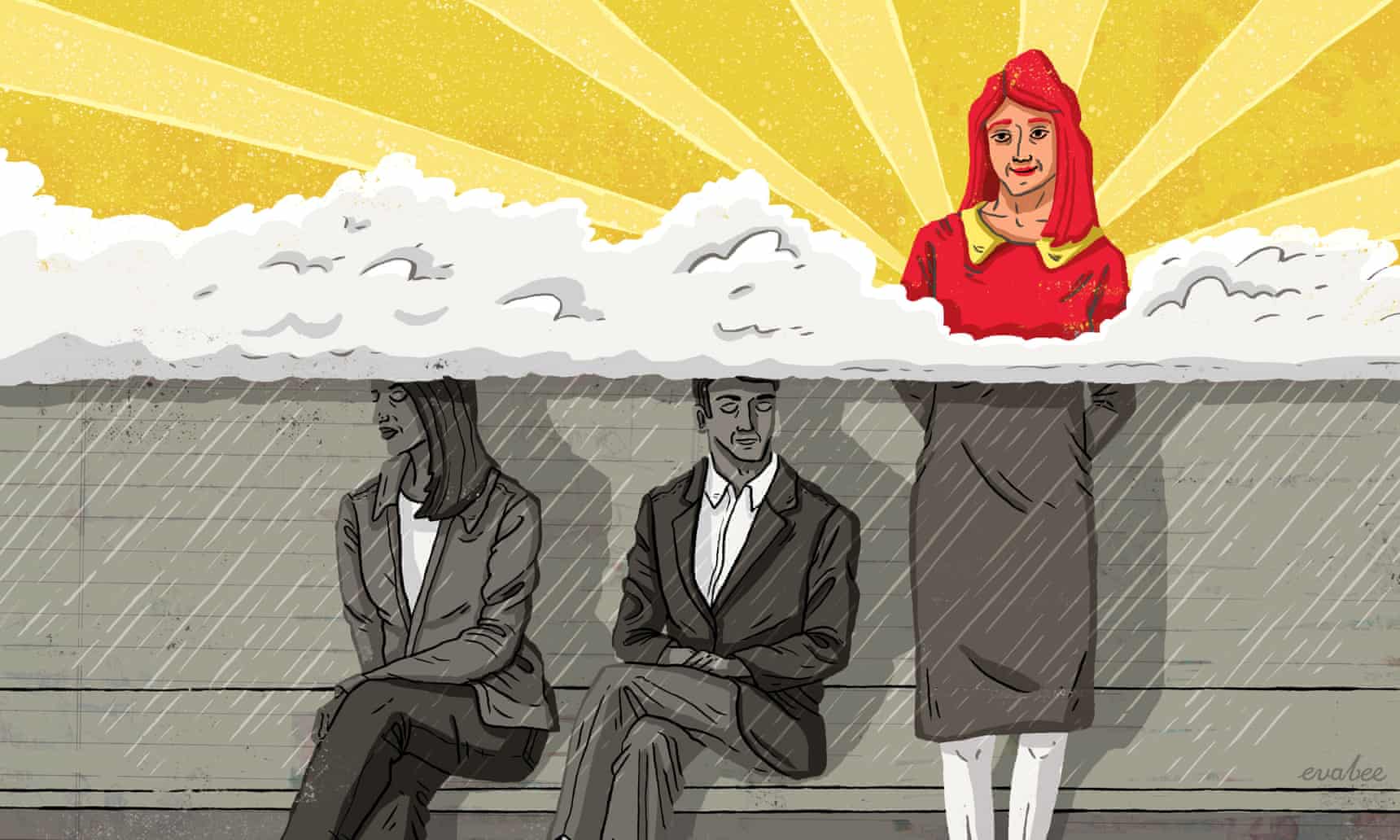 If I had my way, the new year would start tomorrow. After the purgatory of August as the nation’s holiday, autumnal September is when we return to work, supposedly regenerated. Plans, budgets, accounts and the statistical year should begin then. September, not cheerless January, should be the month of new resolutions.

September is my month for optimism. Last summer I enjoyed reading Yuval Noah Harari’s rollercoaster panoptic on the rise of the planet’s superheroes, Sapiens. This summer I did not enjoy his gloomy follow-up, Homo Deus. It is a classic of worst-case futurology. The digital revolution is so sexy and potent, Harari predicts, that we simply cannot resist its downside. Gene science and robotics will lead to subservience to the “techno-religions” of Silicon Valley, with different classes of humans and the brain of most ordinary humans reduced to obsolescence. To Harari we are doomed – pending more research.

Any fool can extrapolate the present. As the headline writer knows, anything “could” happen. But I doubt this one. The school subject that should be compulsory is not maths but history. During the 1840s railway boom, alarmists said 600 projected railways would invade every village in the land in a mania of steam.

From Mary Shelley’s Frankenstein through Arnold Toynbee, HG Wells and Aldous Huxley, each human advance is accompanied by forecasts of disaster. In the 1960s, Paul Ehrlich shatteringly declared “the population bomb” would lead to mass starvation by the end of the 1970s. He was supported by Barry Commoner and his thesis of an imminent “closing circle” of ecological suicide.

As recently as 10 years ago, James Lovelock, scientism’s revivalist preacher, warned of “the revenge of Gaia” against our worship of combustion. “It could now be our auto da fé, and the cause of our extinction,” he declared. All these books make much use of the word “could”. They also add that it is “not too late” – usually pending their next bestseller.

More appealing was my other summer reading, Johan Norberg’s Progress. It looks not at what “could” happen but at what “has” happened. Norberg is a prophet of anti-pessimism. He is shocked by a 2015 YouGov poll that found 71% of Britons convinced “the world is getting worse”, against just 5% who said it was getting better. More than half thought world poverty was rising, against 10% who thought it falling. It was the same in the US.

Norberg points out that every index of global improvement – measuring starvation, poverty, child mortality, literacy, women’s education, democracy, violence, death in war – shows a steady upward graph. It is easy to retort, “But what about Syria and the Congo?” When an argument is general, the objection must be general.

What exercises Norberg is that progress deniers risk generating what he calls “nativist backlash”. To him, “When we don’t see the progress we have made, we begin to search for scapegoats for the problems that remain.” Misinformed about the improving state of the world, people wander about under a cloud of superstition and fear. They soon accept the authoritarian “curtailment of the freedom and openness that progress depends on”. They vote for Ukip and Trump.

The politics of fear has become the default mode of democratic politics. The desensitising word crisis is applied to any and every problem. The chairman of the US joint chiefs of staff can “personally attest … that the world is more dangerous than it has ever been”. He had no evidence, just a budget to defend. Most of us belong to a tribe, with tribal interests at stake. The left seizes on evidence of inequality, ignoring absolute prosperity. The right seizes on moral degeneracy, with the philosopher John Gray warning of “the approaching end of civilisation”.

A leading cancer charity has challenged the claim modern life is largely responsible for a 40 per cent hike in cancer among young people.

A spokesperson from Cancer Research UK said the statistic was misleading because it did not account for population growth.

The theory environmental factors, such as eating junk food, were responsible for cancer in children was not supported by any good evidence, she said. She added it simply made parents "feel blamed” for their child’s disease.

Analysis of official statistics by the charity Children with Cancer, alleged there was a 40 per cent rise in instances of cancer among young people in the last 16 years.

Improvements in cancer diagnosis and screening could have contributed to this increase.

Dr Dennis Henshaw, a scientific advisor for Children with Cancer UK told The Sunday Telegraph: “We were shocked to see the figures, and it’s modern lifestyle I’m afraid.”