The Islamic State as a physical entity will soon be consigned to history. ISIS as a movement will persist, but it will be a pale shadow of its former glory.

In the Islamic State we saw the emergence of a renegade but functioning nation-state reminiscent of the pirate republic of Nassau in the late 17th century. For a while it even seemed viable. What kinds of people made this nightmarish horror possible?
There were the fellows at the top – the ones with the revolutionary ideas and the charisma to inspire others to turn them into reality. It’s those ‘others’ I want to dwell on, for without them the Islamic State would have been no more than a fantasy in the minds of those who became its leaders.

Judging by most mass media images of ISIS members, one gets the impression that ISIS owes its existence largely to a bunch of retards to whom 7th-century norms and mores hold appeal because those reflect their intellectual level of development – yokels who ‘know no better’. 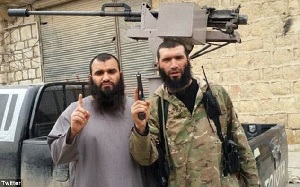 That image does indeed apply quite well to so many of the no-hopers used as cannon fodder by ISIS commanders who are happy to squander them on suicide attacks and WW1-style human wave assaults against enemy positions with vastly superior firepower. The body count has been so high on occasion that the corpses have simply been stacked up, had fuel poured over them, and been torched – good riddance to bad rubbish.

But ISIS also boasts among its ranks highly-educated professionals such as computer scientists, engineers and medical doctors, significant numbers of them Western-trained.  In June 2014, Abu Bakr al-Baghdadi, in his speech declaring the coming into existence of the Islamic State, issued a “special call to … medical doctors and engineers of all different specialisations and fields” as well as Islamic scholars and judges and “people with … administrative and service expertise” to come and join his utopia. The call did not go unheeded. The World Bank recently released a study involving 3,800 foreign ISIS recruits showing that a quarter were university-educated. 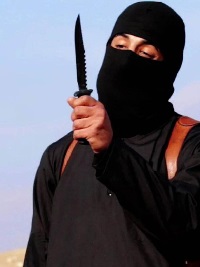 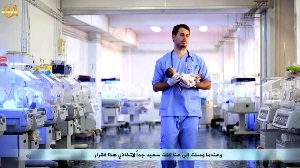 We are talking about highly-qualified professionals on the threshold of lucrative careers, not poorly-educated down-and-outers who couldn’t see any future for themselves in their current situation. Why on Earth should people like these throw in their lot with a pack of murderous savages like ISIS? Was it religious zeal?

A recurring theme when looking at the backgrounds of ISIS recruits is that most of these characters were/are (bearing in mind that quite a few have since been knocked off their mortal coils) not particularly ‘religious’. Most of those from Western countries, including the educated ones, are reported as having had a rudimentary knowledge of the faith. Nor did they exemplify the virtuous life one expects from a pious Muslim. Jihadi John had been in trouble for D&D (drunk and disorderly) on occasion, while Tareq Kamleh, who also liked his booze, was renowned for having the sexual morals of an alley cat (the Sydney Morning Herald of 21 June 2015 referred to him as the “playboy doctor”).

So what was it that enticed them? The adventurous aspect of life with ISIS presents itself as a definite draw card. This is young men we’re talking about, and red-blooded young blokes have always found the lure of the exotic, laced with danger and spiced with the prospect of plenty of readily available nookie, hard to resist. Call it the Testosterone Trap.

To hark back to the comparison between ISIS and the golden age of Caribbean piracy, many a swashbuckling pirate was an educated man – engineer, doctor, lawyer, accountant – who had traded the certainties of a steady, well-paying job and domesticity back at home for the titillations of a career as a ‘gentleman of fortune’. They realised that things could get a bit dicey at times, but the sordid delights of notorious pirate ports such as Port Royal and Tortuga – and having ample money to indulge in them – more than made up for that. 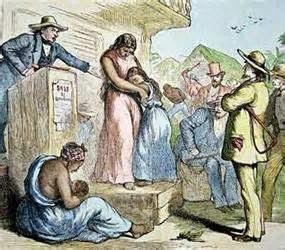 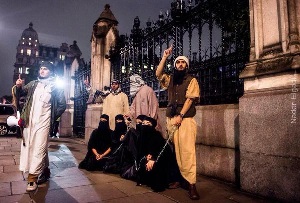 But it’s all so grossly immoral, I hear you say. These are educated, professional people who surely ought to know better.

A great many ‘ordinary folks’ appear to harbour a delusion: that highly-educated people operate on a higher moral plane than the hoi-polloi.  Now why should higher education make people ‘better’ in the ethical/moral sense? Perhaps a case could be made for a degree in philosophy with its foci on ethics, the moral sense and notions of right and wrong. But what ethical/moral paradigms underpin chemistry, geography, engineering or linguistics, to name just four?

The delusion underpins our faith in the medical and other ‘caring’ professions. To shatter the delusion would be to leave us feeling hopelessly vulnerable. The delusion is a psychological crutch. Surely a doctor must be a ‘good person’, we con ourselves into believing, or………. [shudder]. These fields come with sets of professional ethics that practitioners abide by (or try to look like they’re abiding by) in a ritualistic fashion for pragmatic reasons – they have to belong to that particular esoteric business club to be able to practise, and those are the club rules. There need be no moral commitment on their part to those ethics. There is no reason why a medical doctor as an individual should necessarily be a more ‘moral’ person than a strip-joint bouncer.

Moreover, highly educated and trained professionals present a far greater danger should they go off the rails than any number of semiliterates. A computer scientist who gets into hacking can wreak havoc on a national or even global scale, as we have seen a number of times over the past decade. Physicists and engineers can help terrorist groups and rogue states develop weapons of mass destruction. Industrial chemists can produce chemical weapons for them. As for medical doctors, to quote Sherlock Holmes in The Adventure of the Speckled Band: “When a doctor does go wrong he is the first of criminals. He has nerve and he has knowledge.” Dr Harold Shipman, who heads the list of serial murderers in British legal history by bumping off around 250 patients, certainly had both. So does Tareq Kamleh.

Morality is a matter of personal value constructs that stem from a life philosophy. These constructs can be imparted by upbringing, although we may of course reject whatever our parents and other mentors try to inculcate in us; it’s called ‘free will’. The likes of Jihadi John and Tareq Kamleh exercised their free will for their own private reasons when they joined ISIS. All the evidence suggests that no devotion to any ‘higher cause’ was involved – they were just egotistical thrill-seekers. Perhaps ‘amoral’ is a better descriptor of their personal ethos than ‘immoral’.

There are lessons here for the way in which we deal with our professional classes. We need to ensure that there are robust legal mechanisms in place for holding them to account to make sure that they do not abuse the power their education and training have potentially given them over the rest of us. It took almost three decades to spring Harold Shipman. That’s where faith in the ethics/morals of ‘higher professionals’ gets you.

As for those highly-educated professionals who offer their services to pirate taskmasters, be it Blackbeard or al-Baghdadi, let us make sure they reap what they have sown, be it in the form of a cutlass slash or an appropriately named Hellfire missile such as the one that reduced Jihadi John to “a greasy spot on the ground” (as per the US army colonel briefing reporters about the successful drone strike). Again, good riddance to bad, albeit expensive, rubbish. 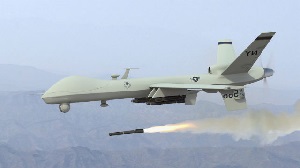 Where reliance on a sense of ethics and morality has been shown to have been misplaced, this approach works remarkably well in reining in maverick professionals

Thought provoking article on Isis.
Although I just wonder if, by beating them in Syria and destroying their capability in battle; we will actually get rid of them? What is likely to happen is the whole movement will go underground and pose a massive threat to Western Nations as a “purely” underground suicide terrorist organisation.
Also if after they beaten in Syria and Iraq, will we again see the usual quick pull out by the Americans, resulting in an unstable, openly undemocratic governments come into power? The USA in its desire to present itself as an anti colonial power cannot bring itself to occupy and install law and order etc. All of which takes time, as the old colonial powers of the nineteenth century demonstrated quite clearly.
If Isis is to be destroyed then it will be by a combined front of ALL Western Nations contributing, and not just the USA shouldering the #“White Man’s Burden”. It will mean a complete change of attitude and the hypocrisy of standing back. It will mean not only troops on the ground, but also, the setting up a democratic institutions to enable these countries in time (perhaps a distant future) ruled by civilised practices.
For this to happen, an internal change has to take place within their religion itself, such as amendments to the Koran to accept that other methods of worship, laws are respected and not threatened by a Muslim code of extinction.
It also means that in that we in New Zealand reject to concept of avoiding the commitment of troops, together with the idea that it is ‘someone else’s war" and we can avoid any responsibility. To play the Devil’s Advocate, to adopt this sort of action is probably “whistling in the wind” as we do not have the Statesmen, merely internal looking politicians.
# To amend Kipling’s phrase “The White Man’s Minority Burden”?
Brian

Good read. I just would not use the word "glory" in association with this bunch of killers.

Theodore Dalrymple puts it this way: "Jihad is a concept perfectly suited to giving psychopaths that idea that their viciousness serves something other than their own gratification."

A excellent summary of those involved in ISIS. The comparison with professionals here is so on the money. In communities around NZ our parents believed professionals such as doctors, bankers, lawyers, priests etc to be some how more ethical than the rest of us. This is proved almost daily to be incorrect and misguided. Barend has got it so right here.

Barend,
Because I was not reading papers in Bangkok, and had little responsibility, so I read up internet instead about the Remain Brexit voters, and the Clinton voters.
In both cases there was a good correlation with higher education.
Leaving aside Brexit, I studied the Clintons and the foundation and the general U.S.A Empire. It was a horror story from the start, even if you were to be skeptical, of say the Cocaine link in Clinton Arkansas. Going back Lincoln was the best at killing people, but the Clinton foundation could have been super death.

But the educated think its better maybe to have WW3, Iran, and Ukraine, rather than a loudmouth alpha who nearly had sex with a woman a long time ago.

Then Putin sends a note to Trump saying, this is good, now we can have peace, can you close down the pentagon, and so the peacenik Californian intellectuals are raging.

Why is this Barend? Is it the indoctrination in the schools and universities, or are they too busy. Its strange.
I follow the advice of not engaging with them now, they get angry, and the lists of slurs is repetitive boring.
Islamophobe, Islamophobe ? I say. Please explain. [ paula hanson ] And they always bite.