“I don’t know why you girls have never been attracted to me, but I will punish you all for it. It’s an injustice,  a crime.” -  Elliot Rodgers in his ‘Retribution’ video the day before he became a multiple murderer (emphasis added).

The age of modern communications has provided every gaggle of crackpots and nutcases with the means to reach out to the world. It has moreover brought about ‘movements’ around outlandish themes that nobody in their right mind would have thought of creating a ‘group’ around before.


One of these is Incel. Incel is a contraction of ‘involuntarily celibate’. It is made up of blokes who ‘aren’t getting any’ – yes, I mean nookie. A bunch of mostly young, testosterone-soaked guys with poor track records in enticing girls to go to bed with them. And of course it’s all someone else’s fault, making it a social injustice calling for assertive action on their part to right the wrong. Hence their outbursts on the internet and social media about the upcoming Incel uprising that will make the world tremble.

If you’re shaking your head in disbelief, join the club. It’s a joke, really – a sick joke. But this joke has turned very sour. There have now been a string of multiple murders by Incels. It began with George Sodini who in 2009 opened fire on a women’s aerobics class, killing three. In 2014, Elliot Rodgers posted a video on the net (enter his name and ‘video’ on Youtube) in which he said he was going to go on the rampage and “slaughter every single spoilt stuck-up blonde slut” he came across. The next day, he translated those words into actions and killed six people (albeit four of them men) by stabbing and shooting. Sexual frustration was also a prime motive for the 9-victim killing spree that Chris Harper-Mercer went on the following year. Nikolas Cruz, who blew away 17 lives in February, was an ardent admirer of Elliot Rodgers. 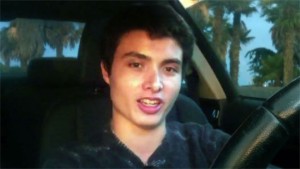 22-year-old Elliot Rodgers on his ‘Retribution’ video calmly telling us that this will be his last video. The next day, he killed himself and six others.

Then last month there was Alek Minassian, also a devotee of Rodgers, who ran down ten people (8 women, 2 men) in a van and is now facing the same number of counts of murder. Prior to the attack he announced on Facebook that “The Incel Rebellion has already begin!” 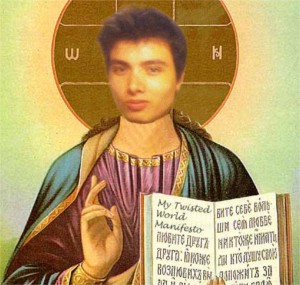 Rodgers has become an Incel prophet and martyr; his ‘Manifesto’ of the above title approaches scriptural status. Nikolas Cruz too is referred to as ‘St Nikolas’ by some Incels.

There are two main lines of thought that underlie analytical commentaries I have come across on the Incel phenomenon and its violent manifestations. One is that the Incel mindset is an extreme instance of misogyny. This line of argument holds that these men regard women as sex objects whose primary reason for existence is the sexual gratification of men. These guys actually hate women, the thinking goes, but need them to satiate their sexual urges, so when women don’t deliver, eliminating them is a legitimate action, much in the same way that farmers and other business people dispose of animals that do not yield whatever product or service they were intended to.

I’m not all that convinced by this argument. It comes across to me as the product of one of those prefabricated social theories the advocates of which are continuously casting around for cases to fit them to. I find it rather far-fetched to claim that these fellows hate all women while at the same time desperately trying to forge intimate relationships with some women. Elliot Rodgers says in his video, “Girls, all I ever wanted was to love you and be loved by you.” And it doesn’t tally at all well with the victims of those attacks having included men as well as women.

Another line of reasoning is that the ethos of victimhood has infused into these men’s scrambled minds the notion that they are being victimised by being denied a right, namely the right to sexual fulfilment; and being ‘victims’, they are entitled to lash out at those supposedly responsible for their dismal predicament.

I find this view much more plausible. It accommodates the observation that both men and women have fallen prey to Incels. Their ‘oppressors’ are both women and men, the former as the immediate cause of their privations, and the latter being collaborators in the conspiracy against Incels. Minassian added to his announcement, “We will overthrow all the Chads and Staceys”, the former being Incelspeak for sexually ‘successful’ men and the latter being the women who grant them sexual favours. In his ‘Manifesto’, aptly named “My Twisted World” (Google it if you have the time – it’s a blow-by-blow account of his life story), Elliot Rodgers wrote:

I am the true victim in all of this… Humanity struck at me first by condemning me to experience so much suffering… I didn’t start this war… But I will finish it by striking back. I will punish everyone. (original emphasis) 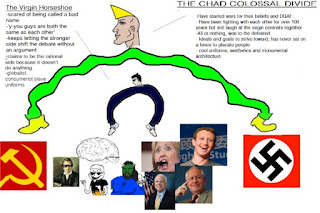 More Incel symbolism, this time political. Chads rather than Staceys appear to be ‘the enemy’, making the Incel phenomenon much more complicated than simply a case of misogyny.

If you’re a woman who doesn’t get a fast free ride to the top, or a member of an in-vogue racial minority that can’t get its act together, you are a ‘victim’ and that makes people who achieved what you aspire to the enemy – those ‘oppressing’ you by depriving you of your ‘rights’. The Incel mindset is just another variation on this by now hackneyed theme. Still, let’s consider the ‘right’ which they claim they are being denied.

Do people have a right to sexual gratification? This might sound like a silly question – of course they do in the normative sense, i.e. everyone ought to be able to pursue and attain sexual fulfilment. But the question becomes a different one if we take the term ‘right’ to refer to an entitlement that creates obligations for others. We find some support for this position in marriage law past and present. In English law, the ‘Hale Doctrine’ held that a bride’s consent to intercourse at the time of marriage was enduring, but the Law Lords threw that out in 1991. In French law, a milestone case in 2012 in which a woman sued the husband she was divorcing for sexually neglecting her for much of the 21-year period they had been married confirmed the right under the Civil Code to sexual relations between spouses (she was awarded 10,000 Euros in damages). However, this is not a ‘self-help’ right but rather a ‘legitimate expectation’ – like having a right to expect to be repaid a loan, but not being entitled to rifle through the indebted person’s purse to extract the money owing.

As for unmarried people, we would have to go back to the days of ‘legal’ sexual slavery to find a ‘right’ to sex on demand. While ancient legal codes such as the one in the Old Testament (not to mention the laws of the Islamic State) are rife with this sort of stuff, we have to go back a long way to find it in European law – the first Rape Act in English law was passed in 1275.

Everyone has a right to engage in consensual sexual intimacy (subject to provisions concerning age and incest), but it is ludicrous to posit the existence of an obligation on the part of desired partners to acquiesce. The Incel ‘case’, if it can even be called that, is totally bereft of intellectual or moral substance.

To any Incels who may be reading this, here’s some free advice. Boys and girls are different, mate. Their sexual drives aren’t the same – interest in sex even comes from different parts of the brain. At any given time, more blokes than sheilas ‘want it’. In the words of 1970s pop greats Dr Hook,

Girls can get it, they pick and choose
Girls can get it, men are always in the mood
If she calls you for some lovin’ in the middle of the night
She can get a man runnin’ at the speed of light.
(This is a pre-PC-era song… spot on as so many were! I wonder when they’ll be banned…)

If you want to be in the running, get serious about wooing some nice girl. Just don’t think she owes you a roll in the hay simply because you find her a turn-on. You’ve got to get things to the stage where she wants you, mate. Play your cards right – the ‘playing hard to get’ card is a handy one to have up your sleeve, but be prudent about using it – and it will all happen… in time.

But that’s probably too old-fashioned for the age of instant gratification. So here’s an alternative: avail yourself of commercial sex. If your needs are frequent enough, you might even be able to negotiate a discount.