News:
Policies threat to whanau Maori
The head of the Māori midwives roopu says National’s proposed social policies will make it harder for Māori mothers to keep their babies.

While the pressure needs to stay on the current Government to address the situation, National’s policies all seem to come down to Ōranga Tamariki taking babies rather than trying to fix the problems families get into because of poverty and stress.

"The solution is not Ōranga Tamariki. The solution has to rest with policies that enable whānau to live better, have better homes, better housing, live on an income that is able to feed their family and whānau, have good health care, and get good education," she says....
See full article HERE

The money relates to land at 83 Waterloo Quay, near Wellington Railway Station, on which PNBST put a $750,000 deposit to buy under its first-right-of-refusal deal in its Treaty settlement. This deposit was made in 2010, when Sir Ngatata Love was chairman.

The plan was to sell the land to an Auckland-based developer but when the deal did not go ahead it appears the money was not paid back by the developer......
See full article HERE

Ms Awatere-Huata says Maoridom deserves more than to be just considered as agribusiness.

“You have to look at Ngāi Tahu’s record as one of biggest farmers in the South Island, polluters of water, choppers down of forest, and with no complaint from herself (Ms Tumahai),” she says.

Ms Awatere Huata says as one of the first to receive a treaty settlement and build up its tribal wealth, Ngāi Tahu should use its power to advocate for all Māori rather than its own agriculture business.....
See full article HERE

While Radio New Zealand and New Zealand on Air have had infusions of cash since the election after a freeze under the previous Government, increased funding for Māori broadcasting has been on hold as a slow-rolling review has tried to guess the future shape of radio in the face of technological change.......
See full article HERE

This Breaking Views Update monitors race relations in the media on a weekly basis. A summary of new material being added is emailed out during the week - to subscribe (or unsubscribe) to the mailout, please use the form at the top of the Breaking Views sidebar. If you would like to send Letters to the Editor in response to any of these articles, most media addresses can be found HERE.

Waikato Bay on the Karikari Peninsula, next to the Department of Conservation campsite at Maitai Bay, is normally a busy boat-launching site in summer.

However, a gate giving vehicle access to the beach was locked by the Waitai Raharuhi Whānau Trust on December 19 and is not due to re-open until January 30.


The closure may complicate the plans of some holidaymakers who will have to launch their boats from Rangiputa, Perihipe or Tokerau Beach instead.

The closure is in response to what the trust says are "numerous instances of dangerous and irresponsible driving on the beach"........
See full article HERE

New dual English/Māori place names
Another group of places across the country now reflect both Māori and Pākehā history after receiving dual names this year.

Land Information New Zealand has given 22 places from Fiordland to the East Cape both English and Māori names.....
See full article HERE

Thames Coast iwi Ngāti Tamaterā has placed a rāhui, or prohibition, over the Te Mātā and Tapu (Waipatukahu) shellfisheries, which the Ministry for Primary Industries will be enforcing.

Ngāti Tamaterā has placed the rāhui because the shellfish grounds are severely depleted, and the iwi wants to protect this precious resource for future generations.

This means the taking of any shellfish in the rāhui area is prohibited, including the taking of cockles, pipi, mussels and oysters.....

Rotokākahi Lake 'desecrated' as bike trails lead to swimming
The kaitiaki of a sacred Rotorua lake say it is being desecrated by people swimming in it after the opening of mountain bike trails in 2018.

The Rotokākahi Board of Control is legislated under the Māori Purposes Act and is controlled by the Governor General.

Motutawa Island sits in the middle of the lake and is a burial site where the famed Te Arawa ancestor Hinemoa is buried.

For the year to date, 50 people have made a suicide attempt while in police custody, up from 29 in 2018.

According to information obtained under the Official Information Act, half of the suicide attempts this year are Māori, and a further 16 did not have their ethnicity recorded.....
See full article HERE

Trespass order the next level up as hapu face racist abuse over rāhui at Mermaid Pools
A Northland hāpu at its wits end over tourists openly flouting a rāhui placed on the popular Mermaid Pools is considering issuing trespass notices to get its message through.....(Herald paywall)
See full article HERE

Propaganda:
The day New Zealand's racism punched me in the gut 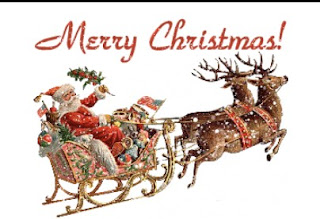 News:
Efforts for Maori spread across portfolios
The Labour Party’s vice president Māori is hailing the Government as being transformational for Māori.

The increase of Māori on district health boards will also be transformational.


But there are intergenerational issues of poverty and social harm that will take long term efforts to fix.

While Labour has been criticised for preferring universal rather than targeted programmes, ministers like Tracey Martin have been talking with individual iwi and urban Māori authorities about new approached to programme delivery.....
See full article HERE

Articles:
Bob Edlin: Ombudsman invokes the Treaty and declares his aim to be fair – particularly to one group of citizens

This week, Tepania asked his council in Kaitaia to change plans for a full council meeting on 28 October, the commemoration day for the declaration's signing in 1835.


"I move that FNDC, in recognising signing of He Whakaputanga o te Rangatiratanga o Nu Tireni - the New Zealand Declaration of Independence, and the day set aside to observe the New Zealand Wars, council preserve 28 October as a non council meeting day," Tepania said.

"I am calling on other councils to adopt this approach - to recognise the date and remember what it represents."

The religious leader was unlawfully imprisoned during one of the worst Crown invasions in history, where 70 armed officers invaded his Maungapōhatu settlement.

Saturday was emotional for Rua Kenana's descendants. Mana, finally restored for him and his people. A ceremony 103 years in the making.....
See full article HERE

Articles:
Fuelling hysteria by giving oxygen for those who cry 'Māori privilege'

This Breaking Views Update monitors race relations in the media on a weekly basis. A summary of new material being added is emailed out during the week - to subscribe (or unsubscribe) to the mailout, please use the form at the top of the Breaking Views sidebar. If you would like to send Letters to the Editor in response to any of these articles, most media addresses can be found HERE.

Climate change represents a major threat to New Zealand – but not because of the emissions produced by cows and sheep or from driving cars...