The BBC’s Today programme “preaches” to its listeners, its guest editor and Telegraph columnist Charles Moore has said as he described how he had to battle to get a climate change skeptic onto the Radio 4 show. 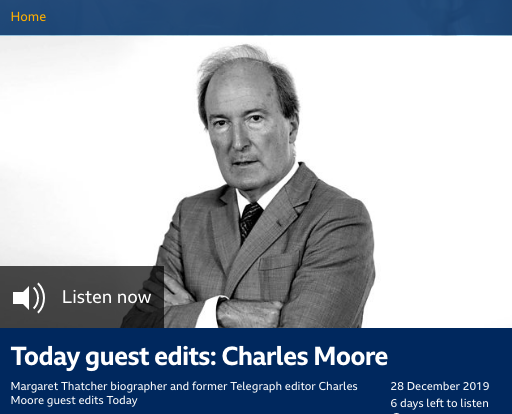 Mr Moore, who edited Saturday’s edition of the flagship show, accused the BBC of being “biased” on climate change and promoting “alarmism” about its consequences.

The former editor of the Telegraph said he also faced “obstacles” from within the corporation to getting science writer Lord Matthew Ridley onto the show.

The Conservative peer has argued that the risks of climate change are “greatly exaggerated” and that the BBC regularly gives airtime to “doomsday cultists” who make dire predictions about imminent catastrophe.

The accusations were made ahead of the 16-year-old Swedish climate activist Greta Thunberg taking the Today programme’s guest editor chair on Monday.

Speaking on the programme, Mr Moore said the BBC had become a “secular church” which had “nationalised culture” and needed to be “disestablished”.

“What I am objecting to is preaching,” he said. “The BBC has decided to be a secular church and it preaches and tells us what we ought to think about things. So it tells us we shouldn’t support Brexit and we should accept climate change alarmism and we have to all kowtow to the doctrines of diversity.”

Mr Moore added: “The difficulty I have had trying to get all this stuff about climate change onto this programme, even though I am the guest editor.

“[The] obstacles come in every single time because of rulings and bureaucracy and the fact that Roger Harabin, the environment editor, is so biased.”

Today host, Nick Robinson, defended his colleague Mr Harrabin saying he was “a journalist” who “reports what he thinks is true”.

During the programme, Lord Ridley appeared for the Global Warming Policy Foundation, which describes itself as ‘open-minded on the contested science of global warming’, and argued that climate change could lead to a “range of outcomes”.

He warned the BBC had allowed itself to be “bullied” by climate activists into “dividing [the debate] into goodies who accept climate change and baddies who don’t”.

“You have people who are effectively doomsday cultists now who say we are going to have six billion people dead in a few short decades – that is Roger Hallem of Extinction Rebellion,” added Lord Ridley.

“Or Kevin Anderson, on whom Greta Thunberg relies heavily and he says we are going to see [a] 4C [increase] by 2050.

“No responsible scientist agrees with that, and yet those people are given a hearing on the BBC whereas the luke-warmers are denied a place on the BBC.”

2) 75% Of Britons Agree That BBC Licence Fee Should Be Abolished
Daily Express, 28 December 2019

THE BBC licence fee has come under attack from former Daily Telegraph Editor Charles Moore who told Radio 4's Today Show that by “bearing equally heavily on everybody” the fee “victimises poor people”.

Former editor of the Daily Telegraph, Charles Moore revealed why he believed the BBC’s funding model is outdated. The Margaret Thatcher biographer was guest editing Radio 4’s Today Show and included a debate over the broadcaster’s controversial licence fee. A recent poll suggested support for the licence fee is waining amongst the public.

A survey of 1000 people taken just before Christmas was conducted by the opinion research company, Public First.

74 percent of people agreed that the BBC licence fee should be abolished, and it was highest amongst the youngest of the group.

Mr Moore told the Today show: “The case against the licence fee is that it’s a poll tax, bearing equally heavily on everybody which means it victimises poor people.

“It’s a sort of nationalisation of culture, and this has become an acute problem in modern times for two reasons.”

He continued: “One is that the BBC has become, and this was very much exposed by Brexit and the election, a metropolitan voice that, rather than serving the whole country, speaks to a minority of it and doesn’t understand what the majority is worried about.

“The other is technological change so that while it might seem to be a good idea when the BBC began nearly a hundred years ago to construct something like this, it is absolutely not like that now.

“So the idea that you have to make everyone who wants to watch any terrestrial television or whatever pay for the BBC seems positively iniquitous.

“The BBC has a position of indefensible privilege.”

The BBC is less trusted than other broadcasters, lagging four percentage points behind ITV News over the perceived impartiality and accuracy of its news coverage. 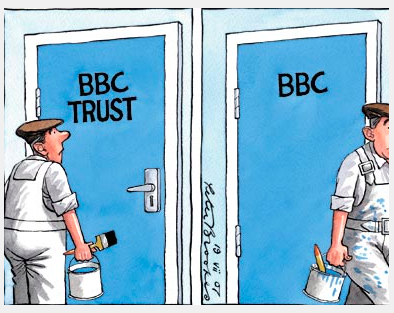 In a new survey by Savanta ComRes just 69 percent of people said they trusted the broadcaster, compared with 73 percent who backed ITV.

While nearly half of Britons believe the country is too reliant on the BBC.

Amid ongoing questions over the broadcaster’s future, the survey found that 47 percent of respondents believe there is an over dependence on its news arms.

The poll, commissioned by Christian Communications Partnership, also found a significant support for Boris Johnson’s calls for a review into the way the BBC is funded, with two thirds of people stating they believe the licence fee should be “scrapped or substantially reformed”.

Half of those polled said they would rather receive news free from commercial broadcasters than pay for it through the BBC licence fee. This falls to just over four in ten of those aged over 55.

4) Christopher Booker: The Supposedly Impartial BBC Should Hang Its Head In Shame At Its Relentless Bias
The Sunday Telegraph, 23 February 2019
The late Christopher Booker's last climate column
How ironic it was last week to hear the BBC leading its news on that Commons report claiming that our “democracy is being destroyed” by the flood of “fake news” spread by social media. In fact, thanks to the relentless bias of its own coverage of so many issues, there is no more influential source of “fake news” than the BBC itself. Here are two glaring, but far from untypical, recent examples.
The first began earlier in February with puffs on the BBC News website and Radio 4’s Today programme by Roger Harrabin, the BBC’s “environment analyst”, for a report by a body called the Institute for Public Policy Research (IPPR), warning of “multiple crises” that threaten to “destabilise” the world’s entire environmental system. Particularly striking was a repeated claim that, since 2005, thanks to climate change, there has been a 15-fold increase in floods across the world and a 20-fold increase in “extreme temperature events”.
This seemed so startling that it prompted Paul Homewood, the diligent statistical analyst, on his Notalotofpeopleknowthat blog to track down the evidence for these claims. It turned out that they originated from a database of natural disasters, EM-DAT. According to Homewood, this showed that the chief reason for these rocketing increases was a very significant change in the way such “disasters” were being recorded, to include thousands of more recent events that would previously have been far too small to register in the global figures (the IPPR itself warned that these figures should, therefore, be treated with “caution”).
But then Homewood found that the IPPR version was taken from something cited as the “GMO White Paper”, which might have sounded scientific. In fact, the “GMO” stands for Grantham, Mayo, van Otterloo, the asset management firm run by Jeremy Grantham, who also funds the Grantham Institute on Climate Change at two London universities, Imperial College and the LSE (similar figures have been quoted by Lord Stern, the chair of the LSE branch).
Even the BBC realised that it had come rather a cropper on these claims. Subsequently, it allowed for at least a partial correction, aided by Mark Lynas, the climate campaigner, and the authors of that disaster database to which Grantham attributed his figures. But the impact of this was infinitely less than that of the coverage by Harrabin.
It was he who, back in 2006, was the organiser of that “secret seminar” between top BBC executives and green activists, which led to the BBC policy that – despite its statutory obligation to report only with “impartiality” – because the science on climate change was now settled, there was no need to give “equal space” to views that questioned it (with results so much in evidence ever since). 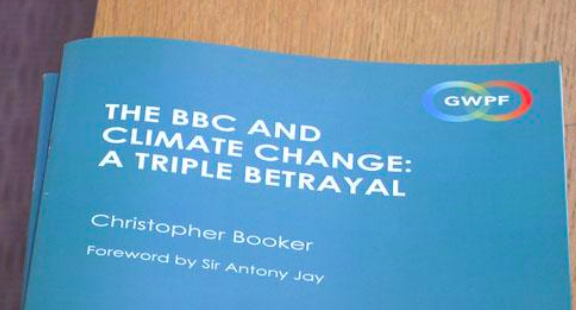 The US has warned Brexit trade deal negotiations between the UK and Washington must not include any reference to climate change, leaked documents have revealed.

A 451-page dossier leaked last month has revealed a US veto over any discussions on climate change in future trade talks.

The revelation has sparked outrage from climate campaigners as well as critics of Mr Johnson wary of Donald Trump’s aggressive foreign policy. Nick Dearden of Global Justice Now said: “The fact that the US has banned even the mention of climate change says it all....