The European Union has failed to set a firm deadline to end its contribution to climate change, after a group of eastern European countries blocked a proposal to slash EU carbon emissions to net zero by 2050.

European heads of government sitting at the council summit on 20 June. Photo: European Union Leaders of the bloc’s 28 member states agreed instead on Thursday to start working on “a transition to a climate-neutral EU.”


A majority of EU nations were hoping for a much more robust version of the plan. Earlier proposals envisioned a strict road map of how to reach net zero emissions, and a hard 2050 deadline. Such deal would have been notable for its sheer scale — more than 500 million people living in the EU would have been affected by it.

However, the agreement’s language was significantly watered down in the days leading up to today’s summit, creating ambiguity around the deadline.

While many nations supported a firm deadline for cutting emissions, a few outlying countries have been wary of its potential impact on jobs and industries.

By the end of the meeting, even the weaker version proved too strict for a group of Easter European countries led by Poland. Veto votes from Poland, the Czech Republic, Hungary and Estonia meant the proposed 2050 emissions target became a mere footnote, which specified that a “large majority of member states” should achieve climate neutrality by 2050.

BRUSSELS (Reuters) - A push by most European Union nations for the world’s biggest economic bloc to go carbon-neutral by 2050 was dropped to a footnote at a summit on Thursday after fierce resistance from Poland, the Czech Republic and Hungary. 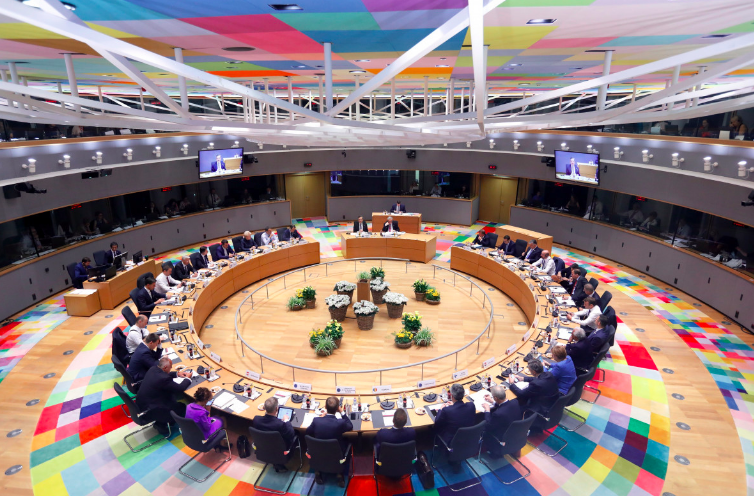 France and Germany had led efforts for the 28-member EU to lead by example in setting an ambitious new climate goal ahead of U.N. climate talks in September that U.S. President Donald Trump has abandoned.

But unanimity was needed, and last-ditch persuasion efforts in what diplomats described as “impassioned” talks that dragged on for four hours failed to ease fears among the central and eastern European states, including Estonia, that it would hurt economies like theirs dependent on nuclear power and coal.

“We need concrete things on the table,” Polish Prime Minister Mateusz Morawiecki said. “What additional money could be allotted to Poland so that we do not end up in an offside trap?”

In an unusual move that nevertheless sends a strong signal to businesses, 24 of the EU leaders chose instead to reflect support for the mid-century goal as a footnote in their final statement:

“For a large majority of member states, climate neutrality must be achieved by 2050.”

3) Canada's Tory Leader Vows To Scrap Carbon Tax, Put Cap On Large Emitters If Elected
AFP, 20 June 2019
Canada’s Conservative leader Andrew Scheer vowed on Wednesday to replace a federal carbon tax with a cap on large emitters if he unseats Liberal Prime Minister Justin Trudeau in October elections.
“Technology, not taxes,” Scheer said in a speech.
“The fact is we can actually create more jobs in Canada through technological growth while at the same time lowering global emissions.”
Trudeau’s government rolled out a starting carbon tax of Can$20 ($15 US) in April on fuels sold in four provinces that haven’t fallen in line with his emissions reduction strategy.
It is scheduled to increase incrementally to Can$50 over the coming years.
Six other provinces were initially exempt because each has come up with their own carbon tax or cap and trade system to help Canada meet its Paris Agreement target of reducing CO2 emissions by 30 percent from 2005 levels by 2030.
But there has been increased pushback from Tory-led provinces to the levy.
Several parliamentary reports have also said Canada will not meet its climate objective under the current policies.
Scheer said Canada’s emissions were 44 megatons over target in 2016, 66 megatonnes over in 2017 and 103 megatonnes over last year.
“Conservatives fundamentally believe that you cannot tax your way to a cleaner environment. Instead, the answer lies in technology,” he said.
Full story
4) University 'Revolution' Needed To Save Academic Freedom
The Australian, 20 June 2019

It will take a revolution to recover academic freedom from the groupthinking bureaucrats who exert control over corporate universities, says a physics professor sacked after going public with climate science criticism. 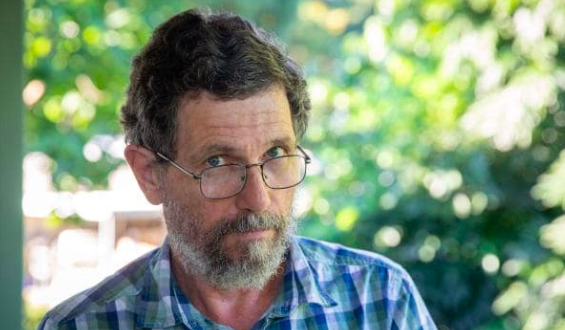 Peter Ridd, whose academic freedom was upheld by a court in April, said the higher education sector’s claim of “no crisis” was disproved by its resistance to the French review of campus free speech.

“(Nothing will change) unless we have, essentially, a revolution with the universities,” he says in an Institute of Public Affairs podcast out tomorrow.

In April, peak lobby Universities Australia gave the French report a cool reception — warning against imposition of rules “aimed at solving a problem that has not been demonstrated to exist” — but since the May 18 election several institutions have trumpeted new pro-freedom statements.

James Cook University dismissed Professor Ridd last year, saying it had nothing to do with his criticism of climate science methods but was for “denigrating the university” and talking about the disciplinary investigation against him.

JCU found Professor Ridd in breach of a “no satire” order after he emailed a student a newspaper article on the investigation, with the comment “for your amusement”.

Professor Ridd said the bureaucrats believed “they are on the side of the angels”.

Matthew McGowan, of the National Tertiary Education Union, said universities in bargaining had tried to move protection of academic freedom out of enterprise agreements.

Professor Ridd, who won his court case because of the enterprise agreement, said the root problem was that over the past 20 years “the administrators have taken all the power (from) the professoriate”.

Higher education was once run in a collegial way by academics but universities had enrolled many more students, raised more of their own revenue and created bureaucratic fiefdoms.

“Almost from top to bottom (universities are) full of the same type of people and we’ve got to get more genuine diversity of views in the universities,” Professor Ridd said.

He felt for academics with mortgages and worried about the next redundancy round, but said most “don’t really care about academic freedom, (most) are doing stuff that’s uncontroversial, or if it is controversial, they are on the politically correct side”.

I don’t know whether to laugh or cry at the Canadian government’s recent announcement that it is going to ban certain single-use plastic items. This is feeble virtue signalling of the type now exhibited by politicians around the world. But it will do almost nothing to deal with the problem of plastic in the oceans. 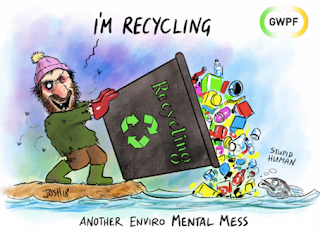 The tsunami of waste that is sinking countries in southeast Asia is now a comparatively well-known problem. For a while, Asian countries seemed powerless to end the trade, but a few days ago, the Philippines and Malaysia made a stand, and sent a few small shipments of this problematic material back to Canada, its country of origin.

Return was possible because the waste was still containerized; it was clear where this “material for recycling” — in reality, dirty mixed waste — had come from. So when push came to shove, Philippines President Rodrigo Duterte simply threatened to dump it on a Canadian beach, and the impasse was ended. However, this is not true of most of the plastic waste now in these countries. Since the start of 2018, when the Chinese government announced that it was putting a stop to the annual importation of waste from rich countries, the quantities shipped to southeast Asia have been prodigious. And most of it is there for good.

Mixed dirty plastic waste is almost impossible to recycle, which is why rich countries, with their tight environmental regulations, send it off to poorer places. But recycling is no easier in southeast Asia, and only a small portion of the 106 million tons of waste shipped over the past 20 years or so was ever converted to new plastic granules. Most was burned in the open air, or dumped in rivers, from where it found its way to the oceans.

This is the ugly consequence of the green economy and the urge to recycle. The damage that is being done has become increasingly clear as Asian countries have moved to put an end to the trade in waste. A bans on plastic straws in Canada is a gesture to make it look as if politicians are doing something, while avoiding the difficult decisions. But those difficult decisions are not going to go away, and they may soon become unavoidable.

At one time I was very much a lone voice warning about these adverse consequences of plastic recycling and dirty plastic scrap exports. But since the awful truth has become more widely known, the pressure to do something about it has increased. So, despite heavy lobbying from the “recycling” industry, the parties to the United Nations Basel Convention recently agreed to put an end to the trade in plastic scrap: a ban will come into effect by 2021.

The ban is a necessary and welcome step for poor countries, who are suffering the horrendous public health and environmental consequences of the trade. But the consequences for the West are frightening. In most wealthy countries, the best option for dealing with this material is to burn it, but incineration capacity is almost everywhere inadequate. In the EU, restrictions on landfill have sharply constrained that alternative, and new rules soon to come into force will kill it off entirely. To make things worse, EU law now stipulates that 55 per cent of plastic packaging is going to need to be recycled by 2030. This is impossible with current technologies and indeed it may never be economically viable or environmentally friendly.

The waste crisis is therefore in danger of spiralling out of control. It is likely that wealthy countries will have to introduce emergency measures to protect public health and the environment.