Melanie Phillips: The Only Way Forward for Brexit Britain 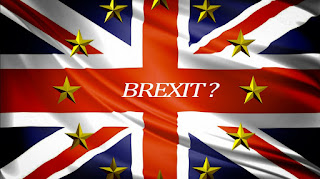 In the wake of the seismic EU parliamentary election results in the UK, Received Wisdom has settled on these conclusions:

As so often, Received Wisdom is out to lunch. Of the above, only the first is correct. The rest don’t follow at all.

Boris has been loudly saying he would take the UK out on October 31 with or without a deal. People therefore assume he will take the UK out with no deal. This is an optimistic assumption.

For Boris has also said throughout he would reopen negotiations with the EU and would get them to compromise on the backstop. The EU, however, have consistently said no renegotiation or compromise are possible. Every move they took from the start of this process was designed to make Brexit as awful as possible. They will never agree to any compromise in the UK’s interests. If they wouldn’t compromise previously, why would they do so now when the British parliament is still stuffed with Remainer MPs and the new UK prime minister would be yet another hapless supplicant?

Boris Johnson took several months to stop praising Mrs May’s terrible deal. He then voted against it only when shamed into doing so. He knows perfectly well the EU won’t compromise. Therefore one has to assume that any compromise will be on his part, not theirs.

Received Wisdom will soon agree that most of the ever-lengthening list of candidates for leader must be regarded as eminently disposable: too soft-Remainy, too hard-Brexity, too shrill, too dull, too divisive, too boring, too excitable, too ambitious, too ridiculous and so on.

And so Received Wisdom will soon rest its eyes appraisingly upon Michael Gove, Boris Johnson’s original apotheosis in the act of mutually assured destruction that led to Theresa May becoming prime minister in the first place.

Now Gove murmurs modestly that he’s learned from his mistakes. Wonderful! What mistakes? Well, the, er, disaster of his time as Education Secretary when he, er, correctly took on the teaching profession as a conspiracy against the interests of the nation’s children and the transmission of the culture, and had to be removed from this absolutely crucial project – which requires above all not just personal courage but the backing of a courageous prime minister – by a tunnel-visioned, conservative-in-name-only prime minister who got frightened by the prospect of losing all those teachers’ votes.

And so Gove decided to redeem his vote-losing heroism in trying to restore to the education system knowledge, reason and the transmission of western culture down through the generations. He sought redemption by embracing instead the repudiation of knowledge and reason and subscribing to the demonisation of progress, western culture and the human race in the scam known as anthropogenic global warming theory.

And then Gove sought to redeem his sin of knifing Boris in the back (and himself simultaneously in the front) by displaying unwavering loyalty to Mrs May, thus knifing his party and his country by supporting her Brexit-in-name-only-Remain-by-stealth deal and reportedly arguing strenuously against leaving with no deal.

And yet despite (or because of) all this, despairing of the spectacular unsuitability of Boris Johnson and the third-raters of the rest of the pack, Received Wisdom will surely look upon Gove’s unflappable courtesy and undeniable intellect and his gravitas and his awesome ability to speak in perfectly formed paragraphs without deviation, hesitation or repetition and the fact that he was after all (a long time ago) the original Brexiteer; and it will hear him saying, as he reportedly did a day or so ago, that there’s a time for being a warrior and a time for being a healer; and Received Wisdom will close its eyes and wet its finger and wave it in the air and say yes, yes, just as Gove says, Gove can be both a warrior and a healer at the same time, so he’s the leader we seek to guide us all to a place of safety and make the whole nightmare just Go Away.

Which brings us to the Great Compromise Fallacy, the belief that now’s the time to bring the nation together and bind up its wounds. But that denies the fact that, over Brexit, it’s a fight to the death for both sides. It’s either Brexit or Remain; just as it always was. It can’t be a bit of both. And so now is absolutely not the time for healing. The battle for Brexit has yet to be won. Anyone who tries to bring the country together before it makes a clean break from the EU will be doing so through some kind of compromise –and so will not be delivering Brexit.

Who knows, though: maybe the logic of Britain’s transformed political landscape will convince one of these candidates — or one who has not yet declared him or herself — that Received Wisdom’s fourth conclusion misses a key point about what has happened.

For it wasn’t just the Conservative party that got pulverised by Nigel Farage’s no-deal Brexiteers. It was Jeremy Corbyn’s Labour party, which fell neatly into the crevasse that was obvious to all except them – that trying to keep on board both the Brexiteer working-class and the Remainer prosecco socialists meant the former deserted to the Brexit Party and the latter to the LibDems, which as a result has been miraculously revived as the party of Remain by coming second to the Brexit Party with 16 seats.

And so it follows that, while a new Conservative party leader delivering a no-deal, clean Brexit would be able to pull many if not most conservative Brexiteers back from Farage, if Labour now tries to become the party of Remain it will lose those working class Brexiteers for good, while if it tries instead to become the party of Brexit it will lose its Prosecco socialists to the LibDems.

In other words, while (only) a no-deal Brexit Tory leader would rescue the Conservative party, Labour is stuffed. Because in a general election, while that no-deal Tory leader will bring back the Brexiteers, the Remain vote will be fatally split between Labour and the LibDems.

Which is why what I have written here, here and here – that the way to deliver Brexit and rescue the Conservative party is for the new leader to declare the UK will leave with no deal and, if parliament still objects, fight a general election on the issue of democracy and listening to the people – has suddenly become eminently doable.

Melanie Phillips is a British journalist, broadcaster and author - you can follow her work on her website HERE.