Globally, in 2019, about 9,000 people lost their lives in natural catastrophes compared with 15,000 in 2018. This confirms the overall trend towards lower numbers of victims thanks to better prevention measures. 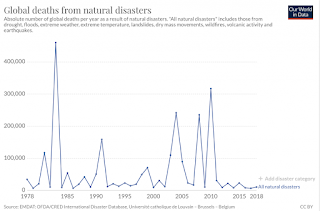 Source: Our World in Data

820 natural catastrophes caused overall losses of US$ 150bn, which is broadly in line with the inflation-adjusted average of the past 30 years.

A smaller portion of losses was insured compared with 2018: about US$ 52bn. This was due, among other things, to the high share of flood losses, which are often not insured to the same extent as wind damage in most industrial countries.

The insured portion of overall losses, slightly above 35%, matches the average of the past ten years. This is evidence that large sections of the market remain uninsured, especially in emerging and developing countries.

New experimental results refute a decade of research suggesting that increased ocean acidification—the process by which increasingly available atmospheric carbon dioxide is absorbed by the ocean, lowering its pH—alters the behavior of coral reef fish, researchers reported today in Nature. 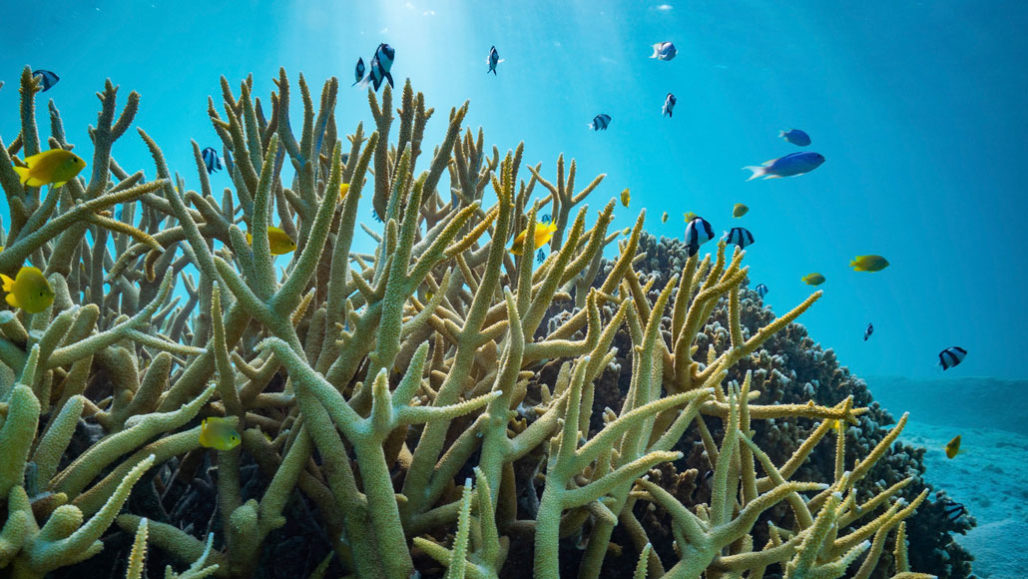 The researchers saw no significant difference in the animals’ behavior in several different laboratory-based tests in water with varying pH.

Many studies published over the last 10 years reported that when the pH of seawater in the lab goes down to levels that match future predictions, coral reef fish behave differently. Specifically, rather than avoid areas where chemical signals indicate a predator’s presence, the fish would gravitate toward these areas. Acidification also changes their activity levels and their preference for turning right or left to avoid an obstacle in their path.

“The initial results being published in this field were incredible from a biological perspective. The magnitude of the effect of ocean acidification (elevated CO2) on fish behaviour was huge,” Timothy Clark, a biologist at Deakin University and the lead author of the latest study, tells The Scientist in an email. “Yet there had been no attempt by independent research groups to replicate these profound findings.
So the team set out to replicate the findings and possibly investigate their physiological bases using more than 900 individual fish from six species over three years. The fish, which came from the northern portion of the Great Barrier Reef or an Australian aquarium, were acclimated to different levels of acidification for four days or more and then exposed to a behavioral cue—such as an obstacle to swim around or chemicals that signal that a predator is near.

The scientists didn’t record any substantial differences in the ways the fish responded to their environments based on altered pH and concluded that ocean acidification has negligible effects on the behavior of coral reef fish. 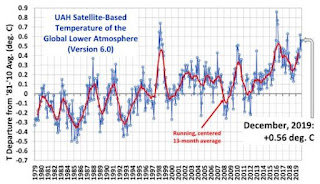 The yearly rankings over the 41-year satellite-based temperature record shows 2019 as the third warmest, behind 2016 and 1998. 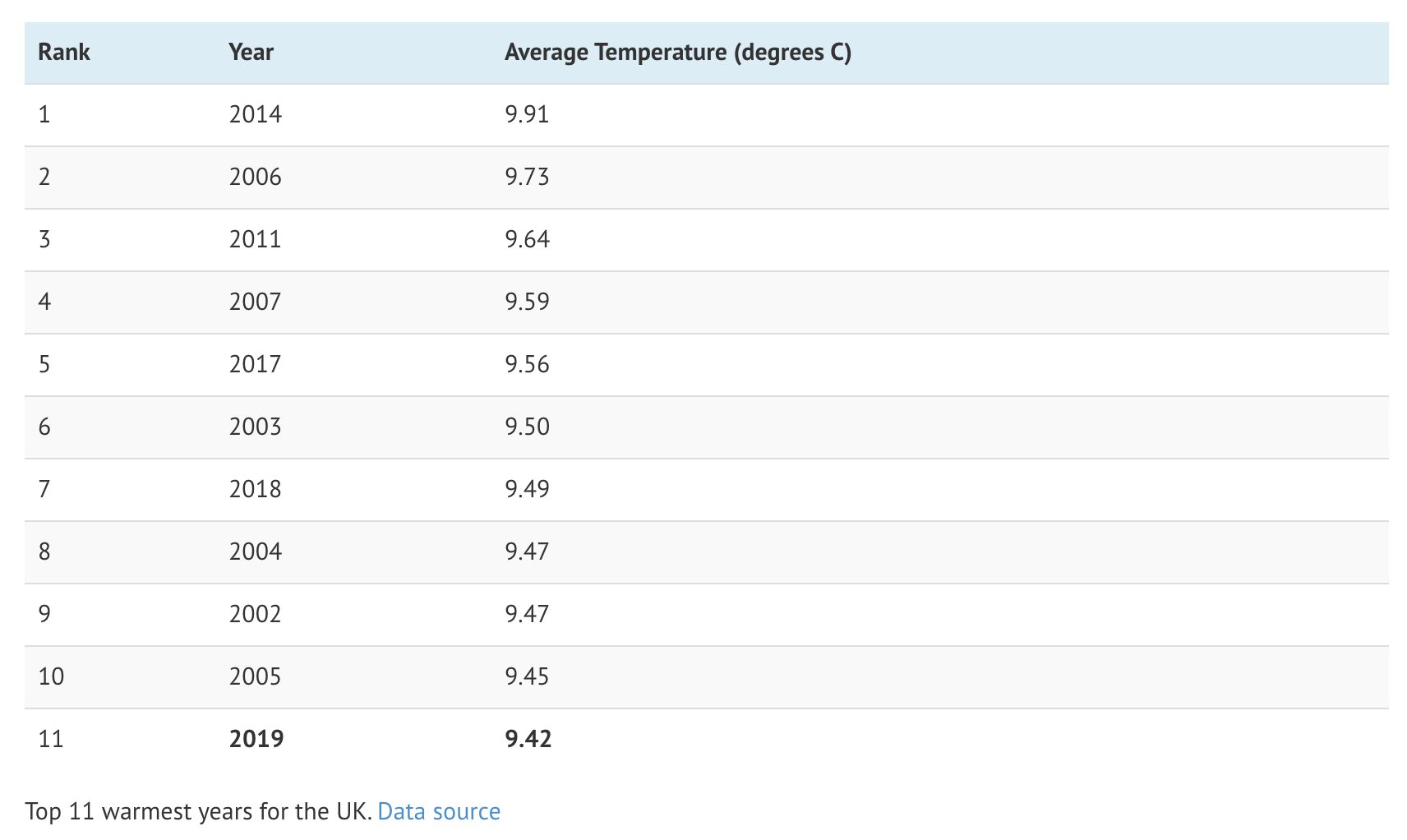 Climate change has never been important to ordinary Americans living their lives, raising their kids, and paying their bills. Never mind being a contender for first place, it isn’t even on the chart.

Each month, the Gallup polling outfit asks 1,000 random members of the US public to identify “the most important problem facing this country today.”

Two to three answers typically dominate the results, followed by a long list of concerns mentioned by small numbers of people. Over the past two decades significant segments of the population, sometimes clear majorities, have cited either the economy or jobs.

Below is a table of the four top problems, stretching back to 2001. 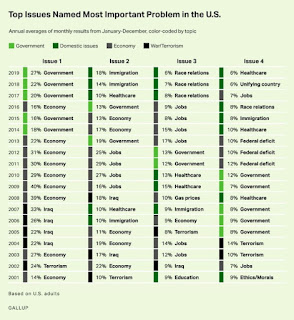 While many people considered terrorism or Iraq the major concern prior to 2009, those issues later disappeared. Although immigration was a top concern in 2006 and 2007, it vanished for years, only resurfacing in 2015.

Health care appears on this table seven times. Here’s the percentage of people who identified it as America’s most important problem:

A few issues can be described as marginal. Americans care about them, but large numbers of people have never regarded them as the nation’s top priority:

What’s missing? Climate change, of course. Not once, in two decades, has that topic been part of this table. Which means it’s a less than marginal concern.

Climate change has never been important to ordinary people living their lives, raising their kids, and paying their bills. Never mind being a contender for first place, it isn’t even on the chart.

6) Editorial: It Is No Conspiracy Against Climate Science To Say We Must Adapt To Changing Weather
The Daily Telegraph, 7 January 2020

One consequence of climate change is a requirement to adapt in order to survive. If there are to be more floods or fires then people need to mitigate their impact or even prevent their happening. It is not to dispute the existence of climate change to argue that changes in environmental practices can exacerbate the effects it is having on our surroundings.

Yet to point out that dredging rivers or clearing away easily flammable undergrowth will help prevent floods or fires is to invite opprobrium from some as a “global warming denier”. The two approaches are not mutually exclusive.

Since we are told by campaigners that it is almost certainly too late to stop the warming of the planet it is incumbent upon them to encourage people living in vulnerable areas to take preventative measures. In particular they should desist from denouncing those who call for practical action to help control the damage.

In Australia, for instance, the bush fires that have raged for weeks are blamed on climate change and yet the country, which is hot and dry, is no stranger to such phenomena. It has been claimed by some that agencies failed to carry out tree clearances or the prescribed burning of at-risk undergrowth that should take place during less dangerous periods. However, those making such points have come under attack for allegedly seeking to distract attention from Australia’s political arguments over carbon emissions as one of the world’s largest coal producers.

Similar controversy occurred in America two years ago when wild fires raged through California, whose forests regularly see such conflagrations as part of the natural cycle. So polarised has the debate become in the US that environmentalists were blamed for preventing the sort of forest management that helped reduce the fire risk.

Here, recent inundations have been partly attributed to a failure to dredge rivers and other waterways, leaving homes built on flood plains especially vulnerable. There have also been disputes over the annual burning of grouse moors, with green campaigners anxious to stop it while owners say that it is necessary to manage the land.

It is not a conspiracy against climate change science to propose that age-old methods of controlling our environment need to be retained. In future, as it gets wetter and warmer or hotter and drier they will be needed more than ever.

7) Maurice Newman: Ideology Won’t Help Anyone Get Through Bushfire Crisis
The Australian, 9 January 2020

After decades of poor housekeeping, Australia’s latest devastating bushfires were predictable. Politicians and serving officials want to leave post mortems until the fires are out. Their instincts are correct.

That hasn’t stopped green ­advocates and the gullible from immediately linking them to ­Australia’s “inaction on climate change”. Climate experts as far afield as Sydney Lord Mayor ­Clover Moore and Swedish truant schoolgirl Greta Thunberg agree on the connection. […]

For five years the Victorian Country Fire Authority didn’t mention climate change. Its ­priorities were “fairness” and “inclusion­”, which it mentions 56 times.

Well may former fire chiefs blame climate change, but if they were so convinced of the connection between wildfires and global warming, why didn’t they publicly campaign for immediate, prac­tical steps to reduce fuel loads in national parks? Surely they could have pushed their rural colleagues­, government ministers, and department heads harder?

Victoria publishes limited data, but a planned hazard reduction of 370 hectares in East Gippsland was reduced to nine after protesters claimed it was “killing baby birds alive”. Much of East Gippsland is now a wasteland.

These days, it’s commonplace for national park entries to be blocked by boulders or chains and padlocks. Many fire trails are so overgrown that a sign identifying them is all that distinguishes them from the rest of the forest. […]

As weather patterns slowly return­ to normal and the fires are extinguished, there will be yet another­ government inquiry.

More money will be demand­ed, along with calls for additional jet tankers, even though there are few airfields from which they can operate. Money is needed, but alone it is not the answer. Much of it goes to the deskbound. For ­example, in the four years up to 2019, the NSW Rural Fire Service received a 78 per cent boost in funding, yet it oversaw a decline in volunteers and fire trucks.

Of course for Hollywood and other propagandists, it is vital that inaction on climate change, not inaction on hazard reduction, be the focus. For them, this link is vital to their cause. […]

Like ancient Druids, the media left, Hollywood and the rest of the global warming cult won’t hear that Australia spends 11 times the global average on renewable power and invests in renewables at a rate per capita four to five times faster than China, the EU, Japan and the US. They give no credit to Australia for being on track to meet its Paris Agreement target for 2030, despite a 2.2 million jump in population since 2013.

To fanatics, facts don’t matter. That there has been no drying trend in 100 years of Australian data, and that science is yet to establish­ a causal link between climate­ change and drought is irrelevan­t.

While weather, droughts and bushfires will, from time to time, continue to feature, population growth and encroachment on green spaces increase risks. Indeed­, 87 per cent of bushfires are due to humans. Only 6 per cent are naturally started. Arsonists, attracted by the ease of ignition­, perhaps start more than half. To date, 183 arsonists have been arrested. However, while those delegated to manage the envir­onment and those charged with property protection share a close ideological relationship, little­ will change.

At some point, government must take control. Communic­ation and co-operation between the different jurisdictions, departments and agencies must be ­better co-ordinated.

Priorities must be set, audited and enforced. The insurance indus­try should be given a louder voice. It’s an important financial stakeholder and risk assessor. This crisis will lead to higher premium­s, more uninsured properties and serious moral dilemma­s next time.

For now, courageous frontline firefighters are putting their lives on the line and fighting fires the scale of which owes much to green ideology and confused and fragmented leadership. It is hoped that an inquiry will establish clear priorities and directions that will be followed. 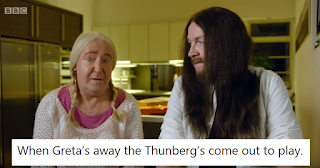