Barend Vlaardingerbroek: Half a century on from ‘The Lotus Eaters’

Lotus-eater: someone who has a very comfortable, lazy life and does not worry about anything - Cambridge Online

Xmas is approaching, and the perennial question of what to get for whom is becoming more pressing by the day – a fairly simple one to answer for the youngsters, often not so for the oldies on one’s prezzy list.

DVDs of quality television series make good Chrissy prezzies. By ‘quality’ I tend to mean old (mostly 35-50+ years) British ones – just the thing for rellies drawing the old-age pension. Now let me see, we want something not too lengthy and commensurately expensive… I’ve got it – give serious consideration to buying them ‘The Lotus Eaters’, a 14-episode series from the early 1970s set in Crete. 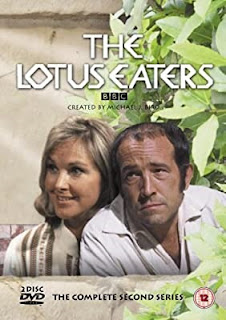 The filming for the highly successful series began in 1971 – 50 years ago this coming year. I first saw it on a black-and-white TV in my landlord’s living room in1974. I was living in a caravan on the back section of his place in Auckland ($8/week rent and 50c for dinner when I wanted it) and was welcome to come and watch the tele when so inclined.

I was hooked on ‘The Lotus Eaters’ from the first episode. Forty years later, I bought the DVD set, together with lots of other British productions from that wonderful late 1960s to 1980s era – historical classics such as ‘The Onedin Line’ and ‘The Duchess of Duke Street’, contemporaneous ones such as ‘The Brothers’ and ‘Rumpole of the Bailey’, and in-betweens such as ‘When the Boat Comes In’ and ‘Colditz’. We watch most of them every two or three years – one never tires of quality. But I must have my annual fix of ‘The Lotus Eaters’. It was special in 1974 and it still is. 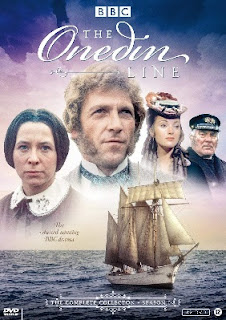 A masterpiece in which the glory and majesty of the Victorian era come through strongly while at the same time highlighting social injustices at home. They used real sailing ships and reconstructed a Victorian-era wharf. 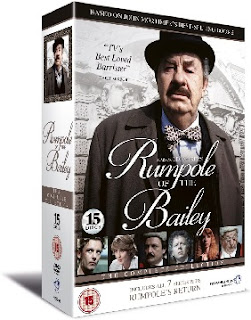 Horace Rumpole (memorably played by Leo McKern) had only one adversary he could not beat – his wife (initially played by Peggy Thorpe-Bates, later by Marion Mathie). Standard lines: “She who must be obeyed”, “Your wish is my command” and “To hear is to obey” – delivered as asides when the good lady was safely out of earshot. 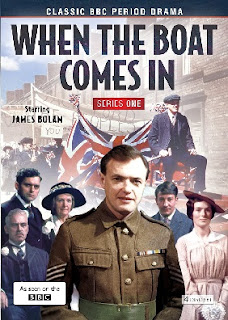 An incisive portrayal of post-WW1 Britain

It could be said that this is just a matter of an ageing couple seeking to find the fountain of eternal youth in old TV shows.  But there’s much more to it than that. These series portray the world as it was before the scourge of PC (although aspects of that on-going pandemic begin to transpire in some of the later ones). They contain much that is unmitigated heresy to today’s misnamed ‘cultural elite’. That puts them in the same category as statues and the names of institutions that connect us with aspects of our past that the culture warriors are determined to expunge.

There are no token ‘ethnics’ – the central casts tend to be pristine European (although there’s plenty of Asians in ‘Tenko’ and Africans in ‘The Flame Trees of Thika’ for some reason). Nowadays there would have to be a member of the ostensibly historically oppressed dark races in a leading role, which would look utterly ridiculous in most of these series. (See some American rubbish for proof of that.)

Men play masculine roles and women play feminine roles. That doesn’t mean the men are insensitive, domineering types while the women are all of the meek, submissive type – the stereotypes that tended to prevail in 1950s productions had been left behind. Even ruthless Gestapo Chief Ludwig Kessler (masterfully portrayed by Clifford Rose in ‘Secret Army’) has a softer, caring side to him that transpires on occasion, while professional killer David Callan (Edward Woodward in ’Callan’*) suffers from a nagging conscience. As for the ladies, there are numerous strong characters, such as Jean Alexander (‘Tenko’ and ‘The Brothers’), Googie Withers (‘Within These Walls’), Jessica Benton (‘The Onedin Line’) and Gemma Jones (‘The Duchess of Duke Street’) as an initial line-up – tough, strong-willed women who had not sacrificed their femininity. Men call bar maids and secretaries ‘Love’ (oh, shock horror, does it get any worse?). The gals get chased by the guys and vice-versa (albeit more subtly, although Kate Nelligan making a bold bid for Peter Gilmore in ‘The Onedin Line’ is one exception that proves the rule). It’s all so disgustingly natural! (Pause while the feminists reach for the smelling salts.)

Perhaps there is no better indicator of changing norms than the ‘rape within marriage’ (as it would be called today) scene in ‘The Onedin Line’ when Albert Frazer (Philip Bond) returns home after many months at sea to find his missus, Elizabeth (Jessica Benton), decidedly unwelcoming (she was having an affair with Daniel Fogarty [Michael Billington], the father of the child she was carrying when she hurriedly married Albert). Albert does not take it philosophically – he closes the doors to the room they are in, flings her onto a couch, and starts ripping her clothes off with the very obvious intent of claiming his conjugal rights. Well, she had berated him about not being ‘manly’ enough, unlike her macho lover… I don’t recall any hullabaloo about that scene at the time but today’s PC social justice warriors would be gasping for air as they frantically began typing out their complaints to the Broadcasting Tribunal. And those complaints would likely be upheld.

Almost everybody’s smoking (can you imagine Leo McKern [as Rumpole] without his cheroot except when he’s in court?). That even goes inside aeroplanes – note Wanda Ventham’s vexation in ‘The Lotus Eaters’ at having to put a cigarette back in the pack while the plane is preparing for take-off and the ‘No Smoking’ sign is flashing. No government warnings or yucky pictures reminding us of our mortality on ciggy packs either.

That was the world my wife and I grew up in, and we firmly believe that it was a better one than the one we have had foisted on us by PC-totalitarianism ever since. But even that’s not enough to explain my almost half-century-old love affair with ‘The Lotus Eaters’. Another factor is the Cold War setting. That geopolitical era exerted a shaping influence on our generation, seeing us into our middle age. It was a bipolar world with readily identifiable goodies and baddies. ‘Callan’ also is set against that backdrop, Edward Woodward and his mates up against the evil KGB, and it is a recurring theme in ‘Special Branch’. The complex plot that unravels in the course of ‘The Lotus Eaters’ sees both the British and Soviet secret services seeking to discover the affiliation of a man who had claimed to be an agent of the former sent to reactivate ‘sleeper’ Wanta Ventham (in the central role of Ann Shepherd, who kills him). 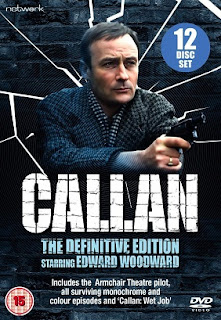 A series of beguiling subplots are woven around a motley crew of expatriates in Crete. These feature, among others, Maurice Denham in the role of a pesky but somehow lovable old drunk, Nestor Turtin, who makes a few bob sketching tourists; Thorley Walters (as Major Wooley) and his long-suffering wife (played by Sylvia Coleridge) who ends up braining him with a cricket bat; and a brother-sister couple (Karl Held and Carole Cleveland) whose ghosts from a murky sullied past are never far away.

It all adds up to a world that is long gone. Not all of it was good, but it had the saving grace of being populated by real men and real women, warts and all – not the zombies glued to their little plastic control boxes (‘phones’, indeed!) and the marionettes that surround us today dementedly rattling off inane PC clichés while lecturing us on what we can, and more importantly can’t, say or think; and ordinary, natural people pretending to go along with them, or at the very least staying shtum, for fear of being reported to some ‘rights’ kangaroo court.

The land of the lotus eaters never existed in the real world, but for many of my generation, the 1960s and 1970s came close. We can wallow in the delicious delusion by re-immersing ourselves in that epoch through watching these wonderful productions.

* Several early black-and-white episodes of ‘Callan’ are claimed to have been lost. ‘Lost’ things do, however, sometimes turn up, often in unexpected places. If any reader has a lead to those missing episodes, please let me know. It could be worth a few bob to me to get hold of them.