European Union’s Brexit negotiator Michel Barnier is threatening the UK with an energy embargo unless Boris Johnson caves to the EU’s demands.

French president Emmanuel Macron warned last month that the EU would launch a devastating energy embargo against the UK if Boris Johnson refuses to give in on fisheries. 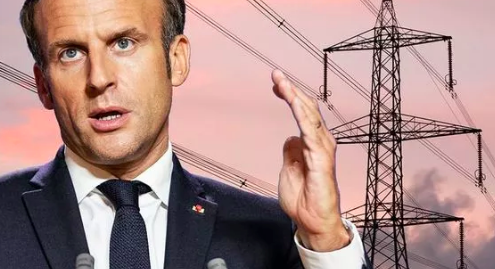 Following the EU summit in Brussels last month, Macron told French radio that if the UK does not allow French fishermen in its waters, the EU would block the UK’s energy supplies to the European market.

According to Bloomberg news, the European Union’s Brexit negotiator Michel Barnier appears to have adopted Macron’s ultimatum, threatening the UK with an energy embargo unless Boris Johnson caves to the EU’s demands.

(Bloomberg) Brexit talks are going down to the wire, and the European Union’s chief negotiator Michel Barnier is threatening British access to the continent’s single energy market as a way of extracting concessions on fishing rights. 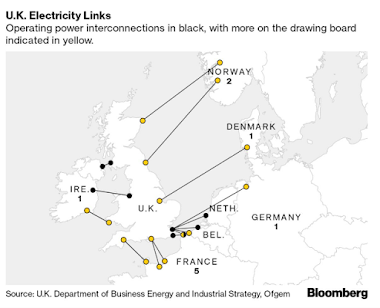 At stake is at least 6 billion euros ($7.1 billion) of natural gas and electricity traded across the English channel every year, according to research by Bruegel, an economics research group in Brussels. That benefits companies from Centrica Plc and National Grid Plc in the U.K. to Electricite de France SA and RWE AG on the continent.

In negotiations, Barnier is conditioning the U.K.’s access to the EU energy market to the EU’s rights to fish in British waters. Envoys are working on a deal that will apply after the U.K. leaves the EU’s single market at the end of the year.

The impact of failing to reach a deal that includes energy would “disproportionately fall on the U.K. as the continental market is much larger and already better integrated,” said Simone Tagliapietra, research fellow at Bruegel.

Electricity is a particular pinch-point. Britain is a net importer with wholesale prices higher than its neighbors. About 7% of total demand comes from power sent along five huge cables, four of which are connected to Europe. Last year, net imports grew 10% to a record 21.4 terawatt-hours, according to data from Enappsys Ltd. 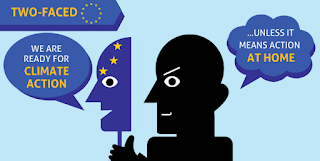 That’s according to a new report by the climate think tank Ember, which estimates Poland, Czech Republic, Bulgaria, Germany, Belgium, Romania and Italy will be responsible for 80% of the EU’s power sector emissions by 2030.

The research predicts a 53% reduction in coal generation across Europe by 2030 compared to 2018, with almost 90% of that coming from Poland, Germany and Czech Republic.

The report also suggests fossil gas generation will not change a lot in the next decade, as countries including Italy, Germany and Belgium plan an increasing role for fossil gas.

The analysis reveals that renewables will double by 2030 to deliver 60% of EU electricity demand in 2030, driven by growth in wind and solar energy.

“We were expecting to see widespread mortality, and we just didn’t see it ….” 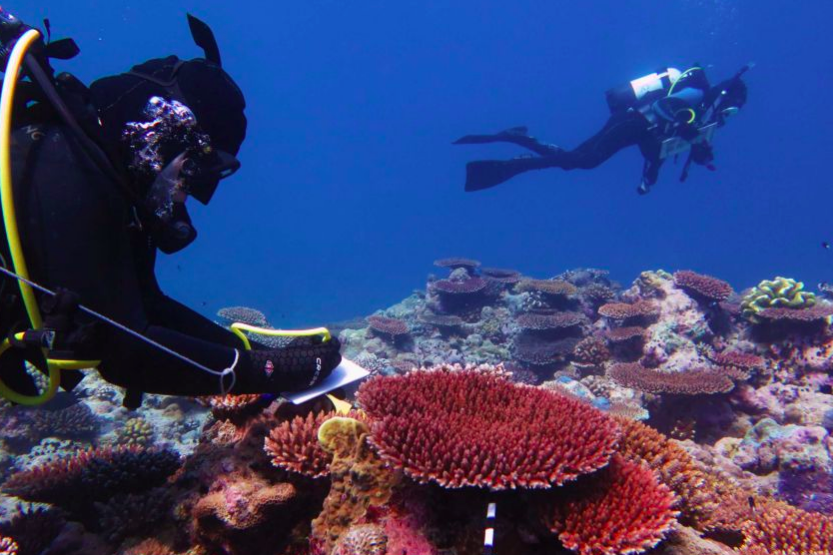 Scientists inspect healthy coral on the slope of Clerke Reef at the Rowley Shoals.(Supplied: Department Of Biodiversity, Conservation And Attractions)

It was a depressing, if expected inevitability when Western Australia’s Rowley Shoals showed the first signs of mass coral bleaching earlier this year, but a follow-up survey has found a remarkable recovery looks likely to preserve the reef’s near-pristine health — at least for now.

Tom Holmes, the marine monitoring coordinator at the WA Department of Biodiversity, Conservation and Attractions, said that while his team was still processing the data, it appeared the coral had pulled off an “amazing” return towards health over the past six months.

“We were expecting to see widespread mortality, and we just didn’t see it … which is a really amazing thing,” Dr Holmes said.

The survey was a follow-up to one conducted in April that found as much as 60 per cent of corals on some Rowley Shoals reefs had bleached after the most widespread marine heatwave since reliable satellite monitoring began in 1993.

It has long been known that high sea temperatures cause coral bleaching which can kill coral — as seen by the devastation of the Great Barrier Reef off the Queensland coast — but what is less well known is that bleached corals do not die immediately.

“So when a coral bleaches, it’s actually just a sign of initial stress,” Dr Holmes said.

However, corals rely on these microscopic algae as a food source and cannot survive for long without them.

“If that stress continues for a long time and those corals remain white, then it can lead to mortality,” Dr Holmes said.

“But there are some cases of bleaching around the world where … that stress hasn’t continued for a long time, and the corals have been able to take that algae back in from the water.”

Dr Holmes believes that vital time gap between bleaching and dying created a chance for the reefs to recover at the Rowley Shoals, a chain of three coral atolls 300 kilometres off Broome on the edge of Australia’s continental shelf.

The U.K. government is delaying publication of a policy document outlining its latest thinking about energy, leaving industry uncertain about how ministers will shape markets to meet their green goals.

The energy white paper is unlikely to be published until after the Treasury’s spending review on Nov. 25, according to two government officials who asked not to be named because work on the plan is continuing. It had been expected in the spring, and then for weeks its release was imminent.

The document draws in thinking from across government and is meant to set a direction for how the U.K. will meet its target to eliminate greenhouse gas emissions by 2050. It could include financing plans for technologies such as nuclear, hydrogen and carbon capture that are key to reducing pollution but too expensive to work without subsidy. Companies from Electricite de France SA to Rolls-Royce Plc need details before they can invest.

The delay is because the policies in the document require long-term spending commitments. The government spending review has been scaled back from a three-year plan to just a one-year program due to uncertainty over the longer term impact of the pandemic on the economy.

Specifically, it’s expected to include details on nuclear power. For years, the official government policy has been that the U.K. wants to replace a generation of nuclear plants that are finishing their life in service this decade. Only one, the Hinkley Point C project run by EDF in Somerset, is currently under construction. Developers are waiting for details on how the government will fund more projects.

Hong Kong Central Bank joins new alliance on green financing as US$29 Trillion in ‘opportunities’ for banks is expected over next decade. 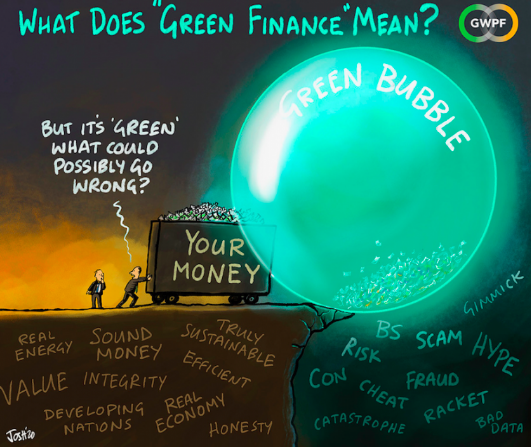 The Hong Kong Monetary Authority (HKMA) is teaming up with the International Finance Corporation (IFC) to help commercial banks address climate change, as it seeks to cement the city’s place as a hub for green financing as US$29 trillion in green and climate investment opportunities are expected globally over the next decade.

The HKMA, Hong Kong’s de facto central bank, is a founding member and first regional anchor of the new Alliance for Green Commercial Banks, an initiative the IFC hopes will bring together financial institutions, research groups and technology providers to tackle the climate crisis.

The initiative is designed to help lenders address their own knowledge gaps in green financing and tap unmet needs for sustainable and climate-focused financing, the HKMA said at a press conference and signing ceremony on Monday.

“This is a tremendous business opportunity, given so much investment is needed,” said Edmond Lau, the HKMA’s senior executive director overseeing external affairs, financial infrastructure and research.

Power plants fuelled by natural gas will not be classed as “sustainable” or “transition” investments in Europe unless they meet emission limits which are so low that none are currently able to comply, according to draft EU rules seen by EURACTIV.

The new standards will be tabled in the coming weeks under the EU’s sustainable finance taxonomy, which determines what type of investments make a substantial contribution to the EU’s fight against climate change.

Failing to obtain the EU’s green label could deprive those power plants of billions of euros in funding as private investors seek shelter in investments seen as climate-friendly.

To qualify as a “sustainable” investment, gas power plants must not emit more than 100 grams of CO2 equivalent per kilowatt hour, according to the draft rules, seen by EURACTIV.

But the 100g CO2 limit would also prevent gas plants from being labelled as a “transition” technology on the way to reaching net-zero emissions by 2050.

According to the industry, this would hamper Poland’s efforts to replace its ageing fleet of polluting coal power stations with cleaner gas plants, which emit on average half the amount of CO2.

Combined cycles gas plants “are currently at 350-300g today which means investors in countries like Poland may not be able to consider CCGT investments as a transition activity,” said James Watson, secretary-general of trade association Eurogas.

“We fully expect natural gas to be classed as a ‘transition’ activity,” he said. “But the 100g threshold will unfortunately not allow this,” he told EURACTIV.

The idea of a 'carbon tax' has been seen by many as a free-market approach to the issue of tackling climate change. The idea is that by taxing everyone the same amount for emitting one tonne of carbon dioxide, the market will drive emissions reductions in the most efficient possible way.
But despite this intuitive simplicity, the policy has nonetheless become controversial as it bumps into the messy reality of politics. Demands for greater subsidies and financial support for green tech have not gone away, despite the presence of carbon taxes in many jurisdictions. Elsewhere, voters have rejected the idea at referendums.

So can carbon taxes can be effective - despite governments’ tendency to pick winners? And what is to stop industries moving abroad to places where carbon dioxide emissions are not taxed as highly, if at all? 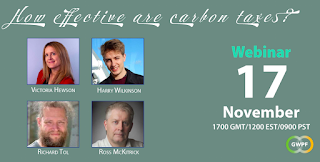