I was aghast to see the Cathedral of Notre Dame going up in flames a couple of weeks back. When we (that is to say, self and good lady wife) visited Paris in 1981 as part of our tour of Europe, it was one of the first places on our itinerary.

We also visited the ancient capital of Spain, Toledo, and spent time admiring its mediaeval cathedral. Afterwards, a friend of a rather cynical inclination chastised me for paying homage to those “monuments to Christianity” and asked me whether I didn’t think that was rather hypocritical on my part. 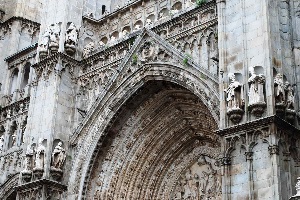 The cathedral at Toledo – a 13th century wonder (begun in 1226)
A year later, we were visiting magnificent temples and pagodas in India and Thailand. One could say that these are “monuments to Hinduism and Buddhism”. I don’t think I’d be called a hypocrite for doing that. So what’s the difference?

A fair rejoinder would be that the connection between those Christian monoliths and me is greater than that between Hindu and Buddhist ones and me. The former are part of my heritage as a European. So a critical outsider such as my cynical friend could be forgiven for accusing me of apparently venerating an aspect of my past that I ordinarily tend to be highly critical of – my Judaeo-Christian heritage.

Let’s dissect this cliché. The ‘Judaeo’ contribution to my cultural heritage is just about nil. Some Jews contributed greatly to Western civilisation – Benjamin Disraeli for instance – but those were people who had fully assimilated into European society and were acting as citizens of their countries rather than as Jews. On the whole, orthodox Jewish communities lived on the fringe of European society even in the more inclusive Western European countries. They were allowed to observe their religious customs and laws except where those came into direct conflict with those of the host society. Quite frankly, we Europeans do not have a ‘Judaeo’ heritage (unless you’re a Seventh Day Adventist and don’t eat pork and take Saturday rather than Sunday off).

In contrast, the ‘Christian’ contribution to my heritage is self-evident, and not only through architecture – it wasn’t so long ago that people referred to Europe as ‘Christendom’. The Church played a major role in governance for over a thousand years after the demise of the Roman Empire. But then the Enlightenment saw a move towards the secularisation of political authority which eventually saw the Church taken out of government and law. The secularisation of society has brought us to the point where Christianity no longer plays a significant role in Western European public life or people’s world views – enter the post-Christian society.

Sure, we still observe Easter and Christmas – but let’s not forget that both are superimpositions on pre-existing pagan traditions (hence the Easter bunny and the Xmas tree). 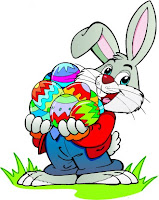 Easter – a reminder of our ‘Judaeo-Christian heritage’... well, sort of

When we look at today’s Western systems of governance, what we see are the indelible stamps of ancient Greece and the Roman Empire. The laws of the Roman Empire continue to resonate in our legal systems. The notion of democracy that underpins our governmental mindset stems from the Greeks. The Graeco-Roman parliamentary model remains clearly visible in our legislatures (including the term ‘Senate’). 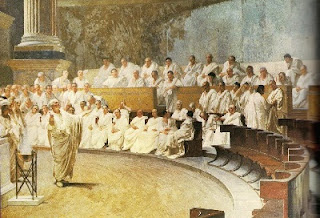 Their Speaker had to constantly shout “Order! Order!” too!

I consider ‘Judaeo-Christian heritage’ to be a platitude akin to the antiquated term ‘Christendom’. There is a strong case to be made for speaking of our Graeco-Roman heritage – which, incidentally, is largely a ‘pagan’ one. Maybe we should bring back the Roman festivals to replace Easter and Christmas. Festival of Bacchus. Gollygosh, that really does look like fun…
Getting back to the Cathedral of Notre Dame, it is in the same league as the Taj Mahal, the  Golden Temple of Amritsar, the Blue Mosque, and any of a number of great architectural and engineering feats of the past: fantastic achievements of our species spread over many civilisations. Most of them were indeed inspired to a large degree by religion, but so were most of the works of the great Renaissance painters, and that has never stopped them being admired by the non-religious. A thing of beauty is a delight to behold whatever the philosophy of its creator. Admiring an ancient church is no more a thumbs-up to the beliefs of its constructors than is admiring the Coliseum a gesture of approval for the ghastly blood-sports that the Romans revelled in. 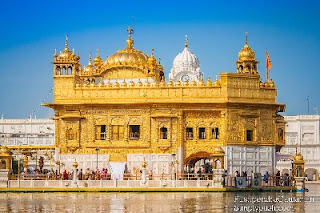 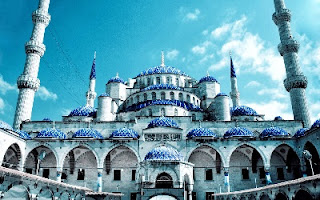 Blue Mosque, Istanbul
We all have a cultural heritage – although exactly what that is can be debatable when it comes to specifics – but overarching those is our common heritage as human beings. That is why we speak of ‘world heritage’ nowadays. Those fabulous structures are monuments to human ingenuity and perseverance. They were necessarily associated with specific cultures when they were erected but we can all take pride in them and regard them as part of what we are – Homo sapiens, the naked ape that exhibits a creative ability unsurpassed in the Animal Kingdom.

I would have been just as cut up if the Taj Mahal or the Blue Mosque had been so severely damaged. Were I to dismiss the ruin of the Notre Dame cathedral simply because it was “a monument to Christianity”, I would indeed be a hypocrite.

Barend Vlaardingerbroek BA, BSc, BEdSt, PGDipLaws, MAppSc, PhD is an associate professor of education at the American University of Beirut and a regular commentator on social and political matters. Feedback welcome at bv00@aub.edu.lb.