Barend Vlaardingerbroek: Are the days of the internal combustion engine drawing to a close?

Once upon a time, if you wanted to go for a drive in your motorcar in some English towns, you were limited to a speed of 4 miles/hour and you had to have a guy running before you waving a red flag.

Those very early contraptions were ungainly, smelly, noisy things that constantly broke down. Before Henry Ford and mass production, they cost a bomb too.

But the love affair between the motorcar and humans was underway and it would take more than a century before the passion began to cool. 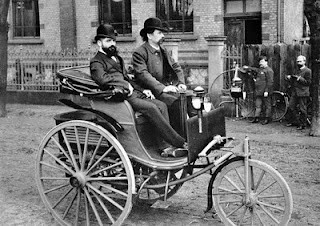 Motoring in the late 19th century. Would you spend a year’s wages on an ugly duckling like this? And unless you were yourself adept with a spanner, you would have had to employ a chauffeur-mechanic to keep the cantankerous beast running at least some of the time.

The first internal combustion engines ran on petrol but diesel was not far behind. Rudolf Diesel’s first engine, which won first prize at the Exposition Universelle of 1900, actually ran on peanut oil. This engine used an ‘atomiser’ (fuel injector) and did not require the finicky electrical apparatus that the petrol engine needed. A little later, diesel fuel became the standard for those engines. They were comparatively reliable but had a poor power-to-weight ratio. They were ideal for standing engines for purposes such as electricity generation and pumping systems, and were soon adopted by the military to power the submarine, the terror weapon of WW1. Diesel produced his ‘Petite’ engine for cars in 1910 but it did not catch on. The diesel engine did, however, take on for locomotives and heavy road transport vehicles a little later.

Producing lighter, more powerful petrol engines was spurred largely by the parallel love affair between people and the aeroplane. WW1 saw the rapid development of aircraft engines that powered nimble fighters such as the Fokker series. 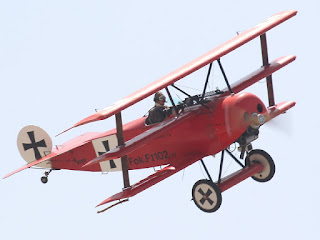 A mere decade after the Wright Brothers, these little beauties were masters of the sky

Small petrol engines, initially used to power glorified push-bikes, soon found uses in applications such as lawn-mowers and portable generators. The internal combustion engine became part and parcel of everyday modern life. In aviation, the piston engine was successfully challenged by the jet engine after WW2, which too relies on the internal combustion of a fossil fuel.

Just a quarter century or so ago, the suggestion that the internal combustion engine would have to be phased out by the middle of this century would have been met with sneers. But that’s what we seem to be heading towards. The days of the motorcar car are certainly numbered. Western governments are starting to set deadlines for their demise – for instance, the last motorcar will be sold in the UK in 2030.

While climate change has been the prompt that has brought things to a head, the internal combustion engine came under scrutiny for its role in air pollution, particularly in cities, about half a century back. The main reason why the air of many a city in developing countries is unbreathable is motor vehicles, not heavy industries. People became serious about reducing the environmental damage, particularly to air quality, done by motor vehicle engines. Remember the days when we used leaded petrol? Those came to end because of the damage being done to people’s, particularly children’s, nervous systems by high blood lead concentrations. At about the same time, the thumbs-down was given to all but the smallest 2-stroke petrol engines because of the disproportionately high level of air pollution they cause.

So where do we go from here? For cars, the obvious answer is to go electric. The first electric car was produced in the 19th century but its time had not come. It now has. 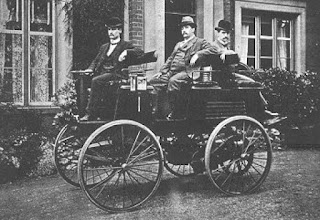 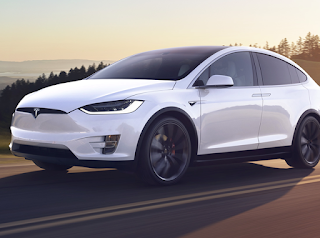 Electric cars then and now. One thing they have in common is that they both need recharging, which takes a lot longer than refilling a fuel-powered vehicle.

Electric cars will see city air improving but are, in some ways, a con as a means to reduce greenhouse gas emissions. The electricity to recharge them has to be generated, and if that is done by burning coal – still the principal means of mass electricity generation – all it does is shift the problem elsewhere.

Another aspect of moving to electric cars that is seldom mentioned is the increase it involves in the mining of metals that are used in batteries. The conventional car battery uses lead but the new breed of batteries that will power cars rely on metals such as nickel, cadmium and cobalt. Mining such metals isn’t exactly an environmentally friendly activity and old discarded batteries create a problem of heavy metal wastes getting into the environment.

Heavy diesel engines are not going to be so easy to replace. The modern locomotive is already electric in the sense that it is propelled by diesel-electric engines but replacing the diesel component is a tall order. Total electrification of the entire rail network may be the answer, but that will be humungously expensive and will significantly raise the demand for electricity generation – again, we are looking at simply moving the problem elsewhere. I can’t see a loaded-up Mac truck being run by a set of batteries either. Then there are ship engines that run on fuel oil.

And what about the jet engine? A Boeing 747 simply can’t ‘go electric’. There may be a future in using zeppelins for some air transport purposes – they did, after all, operate a trans-Atlantic passenger service by zeppelin in the 1930s – but the jet engine seems impossible to replace in the foreseeable future. 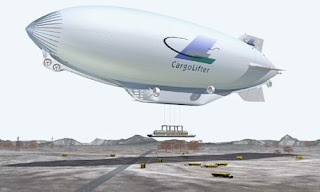 These can replace trucks, trains and aircraft for transporting cargo, perhaps even for some passenger services.

An idea I had many years ago was to go back to steam for ships, trains and heavy road vehicles, using gas-fired steam generators. It doesn’t eliminate the carbon imprint but gas is a much cleaner fuel than diesel. An added bonus is that you could use biogas or even alcohol instead of natural gas for that purpose.

Or maybe we should revisit Rudolf Diesel’s engine that won first prize at the 1900 Exposition Universelle. Imagine running ships, trains and trucks on peanut oil. It would certainly reduce our dependence on Middle Eastern petroleum. Such engines still produce greenhouse gases, but no oxides of nitrogen. It could be a disaster for peanut butter addicts like yours truly if the price of peanuts went through the ceiling, though. Alright, so I’m being flippant now… hey, got a better idea?

Eliminating the internal combustion engine altogether in the foreseeable future is in the realm of Cloud Cuckoo Land.  The replacement of the petrol- and diesel-powered motorcar with an electric vehicle is a step forward in cleaning up our city air, but it comes with its own environmental price-tags as I have noted above. At the global level, I doubt whether it will do much for greenhouse emissions while so much electricity world-wide is still being produced by fossil fuel-fired, especially coal-fired, stations. That is the real issue, and will remain so until we realise that the future of mass electricity generation has to be nuclear. That, however, is another story.

Its strange, but I haven't noticed everyone, especially the younger generations, becoming more intelligent since we took lead out of petrol.

In fact I see no evidence at all that the world is being run any more intelligently, or even to the same level!