NZCPR Weekly: The Corruption of Democracy

In this week’s NZCPR newsletter, we look into the Maori Sovereignty Movement and reveal how the Ardern Government is advancing their agenda by stealth, our NZCPR Guest Commentator Ross Meurant shares his concerns about the dangers of a ‘bi-cultural partnership’, and our poll asks whether you believe Maori Sovereignty represents a threat to New Zealand. 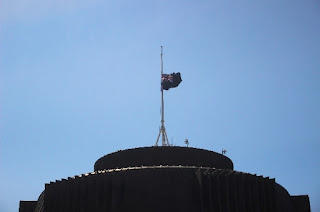 Maori Sovereignty, so cherished by Labour and the Greens, is the most divisive policy ever to be followed in NZ history. Never have we had such a fanatical, left-wing body politic which seems intent on securing power, land, rights and influence for a small 15% minority, putting them ultimately on at least an equal footing with the other 85% of us. Democracy is not meant to work that way but we know, through this government's recent actions, that they care little for real democracy. They are zealots, hiding behind the constant barrage of inane platitudes - "be kind, team of 5 million, in partnership with Maori".
Now more than ever we need a strong, committed, centre-right opposition who will loudly and vigorously oppose all moves to advance this agenda. I'm not sure ours is up to the task!

No, No, No. To Separtistiam, this is wrong. Our Government has got it wrong.
Do not divide our people.