Graham Adams: The no-go areas that are killing mainstream media

The failure of mass news outlets to cover debates raging on social media — including transgender and Treaty issues — threatens their survival. As does avoiding contentious court cases.

In mid-March, a veteran political journalist commented on the Kiwi Journalists Association Facebook page about the problems the industry faced. He was responding to a discussion over a generational divide between older and younger journalists, in which it was alleged that reporting and analysing the news these days is much harder than it was decades ago.

However, he sidestepped the generational friction to look at the bigger picture — the existential crisis the mainstream media is facing:

[The real debate] is not about one generation being better or worse than another. It should be about the state of the industry. We face a crisis. Judging from the emails I get, and some polling that has been done, we as an industry are losing our audience. Trust in journalism is declining. Why? And what can we do about it? Because we must do something if we do not want to become irrelevant and then extinct.

Very little advice was forthcoming from his fellow journalists, apart from a query about the corrosive influence of opinion-based journalism.

Yet there are reasons for the decline in trust that should be blindingly obvious to anyone who is not suffering institutional capture from actually working for the mainstream media (or being entirely sympathetic to its approach to journalism).

The most obvious failure is that the mass media’s journalists and editors too often seem to not understand they need to reflect the important debates that are actually happening in society — including on social media — rather than only the ones they approve of. Or if they do cover contentious issues, not to present only one, approved side of the debate.

Unfortunately, as a result of a determinedly cloistered approach, mainstream journalism simply has too many no-go areas to make readers trust they are being fully informed.

Right now in New Zealand these areas include topics such as race and gender, Treaty issues (not least the place of mātauranga Māori in science education), and climate-change policy, among many others.

These are debates that rage on social media — as well as on alternative news sites — but ones that the MSM largely views as too flammable, or beyond its remit.

It covers them as little as possible and only when it is more or less obliged to.

David Seymour’s call in late March for a referendum on co-governance with iwi, for instance, has forced the debate into the public arena but last year both he and Judith Collins, when she was Leader of the Opposition, met a brick wall in trying to raise questions about the Government’s separatist agenda. Journalists took it upon themselves to shut down the debate by implying both politicians were “race-baiting” and that wanting to discuss He Puapua was a beat-up about an innocuous document.

The media has also done its level best to avoid covering the mātauranga Māori debate, even though the disciplinary action taken by the Royal Society against two of the professors who signed the letter to the Listener last July asserting indigenous knowledge isn’t science became an international cause célèbre. 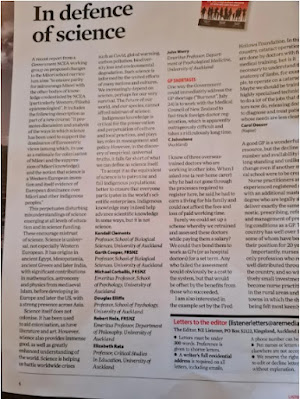 Similarly, the case of Lia Thomas, the 1.85m US transgender swimmer who towers above female competitors and leaves them struggling in her wake. The furore has had only passing coverage in the mainstream media in New Zealand after Thomas won the NCAA swimming championship, even as the debate has flared across social media. 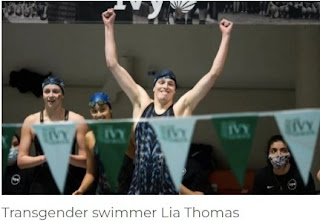 As far as I can tell, no one in the media here has reported Lord Sebastian Coe’s warning that “gender cannot trump biology” when deciding whether transgender athletes should be allowed to compete alongside female contestants. Yet Lord Coe is eminently quotable as an influential two-time Olympic gold medallist and President of World Athletics. 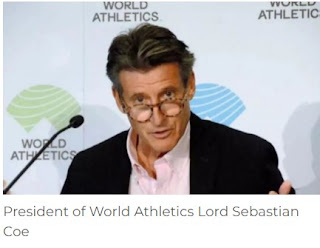 Perhaps what is most shocking, however, is that no-go areas can extend even to encompass court cases.
Last July, in an extraordinary post on his Patreon site, lawyer and political commentator Liam Hehir noted how journalists had to be cajoled into covering an important court case about free speech.

It revolved around the feminist group Speak Up For Women (SUFW) winning a case in the High Court in June 2021, allowing it to hold a meeting at the Palmerston North Library to discuss sex self-identification clauses within the Births, Death, Marriages, and Relationships Registration Bill.

SUFW, which argues for female-based rights, had been subjected to a campaign to deny its members the right to speak, including decisions by councils in Auckland and Palmerston North to cancel meetings arranged at their venues. 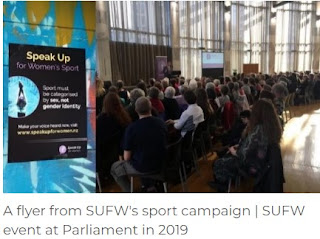 Justice Gerard Nation declared that SUFW “cannot rationally be described as a hate group” — as trans activists often allege — and that the councils had no right to ban them as that would be a serious failure to recognise the BORA (Bill of Rights Act) rights of SUFW and its members. In short, it was an important victory for civil rights and free speech in New Zealand.
As Hehir put it:

Last month, the High Court issued a fairly significant ruling on the rights of councils to deny the use of their facilities to politically disfavoured groups. It was a news story that touched on a number of topical controversies around freedom of expression in the context of upcoming law reforms on gender identity. And yet for more than 24 hours there was no media coverage of the ruling.

I started nagging about this on Twitter and as a result some journalists got in touch via private messages. Several of them said that in response they would write stories on it (a handful followed through).

What was also clear was that there was some resistance to acknowledging what had happened on the basis of two things: antipathy towards the event organisers; and fear of an online backlash for getting involved.

The fact that reporters didn’t want to mention a court ruling on freedom of expression — and then felt they had to justify themselves to me as a random, unverified Twitter user — is, on its face, incredible.

Such an astonishing example of journalistic negligence, or cowardice, might appear to be an outlier but in February constitutional lawyer Stephen Franks acknowledged a similar problem with the coverage of Three Waters and an important case the Water Users’ Group is taking in the High Court.

Franks raised the question of whether the case would be covered properly given it challenges the basis of much current policy and law-making around the Treaty of Waitangi.

The statement of claim, lodged in early December, argues that Māori/iwi do not have rights and interests in the three waters. The Taxpayers’ Union is backing the case, with its executive director, Jordan Williams, saying:

If the Water Users’ Group succeeds in court, it will knock back the radical interpretation of the Treaty that underpins He Puapua and is driving co-governance across the local government, health, and resource management sectors.

Gary Judd, one of two QCs acting for the group, said:

The claim states that Minister Mahuta got the law wrong when persuading Cabinet to agree to her [Three Waters] proposals, so Cabinet proceeded on a false legal basis.

Franks said the court case is of major significance constitutionally but when asked whether he thought it would get a fair hearing in the media — and whether the Establishment would try to ignore it — he replied:

Astonishingly, he suggested the case offered an unusual opportunity for journalists to delve into the issues, including those who “are afraid of being cancelled themselves or criticised for reporting something that’s unpopular with the government”.

It’s very hard to criticise someone for covering a court case… The exploration of these issues in court, unemotionally, is an ideal way to get it out there.

So here we are in 2022, in a liberal democracy, with a senior lawyer worrying that a court case of constitutional importance might not be covered in the media because journalists are afraid of being called racist or because they don’t want to offend the Government.

It doesn’t help the mainstream media one little bit, of course, that the Government’s Public Interest Journalism Fund is providing $55 million over three years for a variety of projects and editorial staff positions — all under an agreement that successful applicants will commit to “Te Tiriti o Waitangi and to Māori as a Te Tiriti partner”. Consequently, any failure to comprehensively cover the Water Users’ Group case will be widely interpreted as evidence the media has been bought.

Given that public money with such strings attached is now firmly embedded throughout the mainstream media, the only way it can shrug off that widespread perception is to show that it is, indeed, reporting “without fear or favour”.

Otherwise, its apparent partisanship will kill it, as social media and alternative news sites continue eating its lunch in great bites.
Graham Adams is a freelance editor, journalist and columnist. He lives on Auckland’s North Shore. This article was first published HERE

You may not want to say it Graham but the simple fact is that the media have been bought by a corrupt socialist cult and are now eqally corrupt.
The media are no less racist than the labour cult and must also be ideologically driven. If they take money from the government under any pretext whatsoever, they have been bought and can never be trusted.
Our TV has not been turned on for months and that is very unlikely to change in the foreseeable future with the regurgitation of state propaganda.
I would suggest that journalists in the MSM investigate the possibilities of retraining or retiring because they have selfdestructed.
There are a very few exceptions like Soper, HDPA, Kate Hawkesby, Hoskins on a good day, but the rest are rubbish, including the oldies.

This is great Graham. Its fashionable to say that we need "a conversation" but its not a conversation when only one side gets to speak.

Down the years (90 of them) I have enjoyed mulling over topical issues and having letters published on matters of concern. I cannot pass over the fact that some issues are now sacrosanct and thoughts not in line with the perceived official interpretation are not published. Especially criticism of the political spin being used to place the Treaty of Waitangi in the forefront 0f policy decisions in spite of the outrageous lie that it involves a non-existent partnership. Any attempt to analyse factual evidence to prove that we are being manipulated is squashed and viewpoints not in accord with the direction driven by fake history and selective reporting is silenced.
We have seen this in all countries with extreme examples in Germany, USSR, USA and now in our own country. Our defence against it is being aware but sadly this is being eroded.