MEDIA WATCH. The Platform: How Government funding is used to muzzle mainstream media

On Sunday, two weeks ago, Newshub Nation ran a discussion on Three Waters that has again raised eyebrows and questions of balance and fairness. The show featured three commentators and three politicians all of whom firmly agree that the Three Waters reforms are right and should go ahead.

Furthermore, ACT Party leader David Seymour contends that his party was labelled racist by those involved in the discussion and he points to “Labour’s $55m Public Interest Journalism Fund that requires journalists to present a co-governance view of the Treaty.”
The Public Interest Journalism Fund has received a fair bit of attention since its inception due to the political nature of some of the criteria for funding.

The idea that media might be incentivised to adhere to the criteria in order to not miss out on funding has led to questions being asked by MPs in parliament, by commentators, and has no doubt contributed to the rapid decrease in trust the public have in media.

The perception has grown that funding is only available to media who consistently toe the line on political issues and in particular those related to the Treaty of Waitangi or co-governance. Those seeking to challenge these things need not apply.

Of course, it is possible that the New Zealand media simply have a completely homogeneous view on the highly contentious topic of the governance of the country. However, it is difficult to understand why no mainstream media have endeavoured to present the otherside of the debate in terms other than denigration and accusations of racism.

But could a relatively small recurring fund really have this much impact on the entire media landscape? The amount is not particularly large in the grand scheme of things.

We decided to look closer at the fund and exactly what those receiving funding had to agree to. The information is all available publicly and in plain sight. A copy of the standard funding agreement is available on the NZ On Air website. Upon reading the documentation we were struck by two significant things:

2. In the first section of ‘General Eligibility Criteria’ a document is provided as a ‘resource’ called Te Tiriti Framework for News Media which references He Puapua as an authoritative document.

Those with mortgages will understand what a default event is and know that it ultimately can result in one losing their home.

Most of us understand that when we take out a loan of any kind we must sign up to terms and conditions that if we fail to adhere to will result in us defaulting and being required to pay the loan back, sometimes with penalties. That is essentially how the Public Interest Journalism Fund is set up - like a loan. Not only do applicants have to thoroughly explain how they will adhere to the particular co-governance model of understanding the Treaty in order to get the funding in the first place, they have to agree that should they deviate from presenting this perspective NZ On Air can say that they have defaulted on the agreement and demand the funding be repaid.
Additionally, the agreement stipulates that in the event of a default:

Oh, and they can “takeover'' the project too. In which case they would demand all of your resources be at their disposal and/or get another company to complete the project - adhering to the correct narrative of course. In the situation of a “takeover”, the agreement states:

There are many ways one could default on their funding agreement, but in the context of the media’s treatment of co-governance we focus on this particular element.
No doubt NZ On Air and the Broadcasting Minister will say, “oh, but we wouldn’t do that” or maybe even “we have never had to invoke that clause before.” But the point is that they can and those who accept funding from them do so knowing that if they don’t toe the line they could be in a world of financial difficulty. Who is really going to take the chance?

Who is really going to deviate from the narrative that NZ On Air has gone to the trouble of putting into a booklet as a ‘resource’ for dealing with the Treaty? Even though NZ On Air states:

“The Framework is offered for guidance but is not prescriptive and applicants are free to articulate their own Te Tiriti response in their applications.”
What are the odds that a funding application that included a ‘Te Tiriti response’ that disputed modern ideas of co-governance - even criticised it - would get funded? Slim to none would be my expectation.
Instead, Kiwis wanting to produce and create their content will need to leaf through the provided Framework, tick the boxes, and fall in line. That means, among other things, promoting ideas laid out in He Puapua, agreeing that due to colonialism we live in a society that perpetuates racism, supporting a vision for constitutional reform of New Zealand, and restructuring of “non-Government organisations…according to te Tiriti o Waitangi”.

Is it any wonder that when new kids on the block like The Platform ask questions of the Government’s co-governance plans that state funded media immediately run stories conflating such questions with racism?

The kicker is that in order to receive funding from the Public Interest Journalism Fund the applicants must sign a confidentiality agreement. They cannot even talk about the terms they have agreed to. 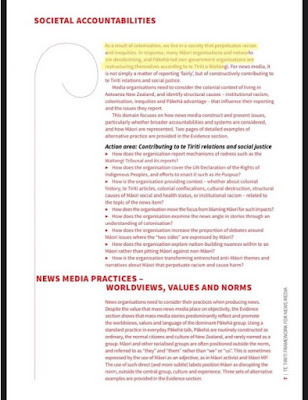 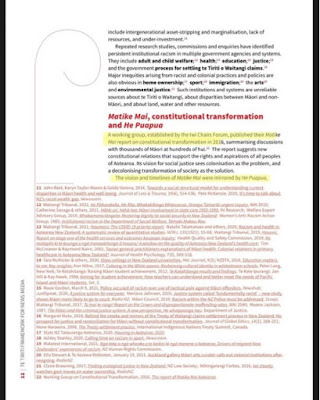 The Platform, an independent media site where you will get unbiased coverage, thought and commentary on the world you live in and the chance to have your say and voice your opinions. This article was originally published by ThePlatform.kiwi and is published here with kind permission.

Jacinda's course on communications must have been quite the most successful ever. Has anyone, Goebbels included, ever captured the msm more completely?

Who in their right mind would sign such an nefarious agreement. Were they that desperate for money? Do they actually believe that New Zealanders would look at this and go "oh, that sounds fine?"

If the MSM can be brought by such a corrupted agreement that supports non fact then New Zealand is buggered.

The Elephant in the room ......is the lack of any healthy debate about anything to do with He Puapua or three waters in the mainstream media, its absence is deafening !
Plenty of debate going on outside of Government buildings and on social media.....plus of course the platform and a few other brave independent journalists who haven't taken Ms Ardern's dollar !