In a Facebook post Dr Gaurav Sharma has announced his resignation from Parliament, thereby triggering a by-election in Hamilton West. The Government needs this like a hole in the head. There is a very high chance that Labour will lose the by-election.

Independent MP Dr Gaurav Sharma says he is resigning from Parliament after claiming the Labour Party intended to force him out of Parliament.

But Jacinda Ardern says he is wrong and Labour “have not, and are not, considering invoking the waka-jumping provisions”.

The Hamilton West MP, who was pushed out of the Labour caucus earlier this year after making allegations of a culture of bullying within the party, has written a lengthy statement on Facebook claiming Labour intends to kick him out of Parliament.

He says Labour plans to use the waka-jumping legislation six months before the next general election to force him out of Parliament, which would mean a by-election could be avoided. If an MP leaves Parliament within six months of an election, Parliament can choose not to hold a by-election.

“I have sincere concerns that this underhanded move will mean people of Hamilton West will have no voice in Parliament for six months preceding the next general election,” Dr Sharma wrote.

However, he said he is “pre-empting” Labour’s move and will resign.

“This will trigger a by-election, giving the people of Hamilton an opportunity to not lose their democratic rights of having a voice in Parliament by underhanded tactics of the Government and the Labour Party.”

As predicted by Sharma in his Facebook post, Labour has gone into damage control mode. In an act of utter hypocrisy, they have attacked him for the cost of a by-election. In the recent local body elections, Labour MP Paul Eagle stood for the Wellington Mayoralty. Had he succeeded he would have triggered a by-election in Rongotai. Jacinda Ardern herself won a by-election in Mt Albert triggered by David Shearer resigning.

Hypocrisy knows no bounds in the Labour Party.

But in a statement, Ardern, the Labour leader, said the party’s position on Dr Sharma and the waka-jumping legislation has not changed.

“We have not, and are not, considering invoking the waka jumping provisions, nor do I know the basis of Gaurav Sharma’s speculation,” she said

“Gaurav may wish to reconsider his decision given he is unnecessarily costing the taxpayer hundreds of thousands of dollars to trigger a byelection he then intends to stand in. We consider it unnecessary and wasteful given the general election is scheduled for 2023.”

Wasteful? They spent nearly $100 million on drawings of a cycle and walking bridge over Auckland harbour and now they are moaning about a by-election?

Of course, they were planning to waka-jump him. They have form in doing it; they did it when Taito Phillip Field had his troubles.

I’m coming to the conclusion that Jacinda Ardern thinks she is some sort of modern day Cleopatra. She certainly seems to spend an awful lot of time in denial.

In his statement, Dr Sharma made claims about Labour minister Michael Wood. He said after being expelled from the Labour caucus, Wood told him Labour would “destroy my political career” and that the minister was “calling event organisers advising them to cancel invitations extended to me”. He could not provide Newshub with any evidence to back up the claims.

A spokesperson for Wood told Newshub: “These allegations are simply not true.”

I’d bet you a dollar to a knob of goat poo that Sharma does indeed have the evidence of Wood’s meddling; otherwise why say it and name Wood.

Like it or not, there is going to be a by-election in Hamilton West, and one which will likely see the Labour Party lose badly.

Stock up on the popcorn, this is going to be fun. 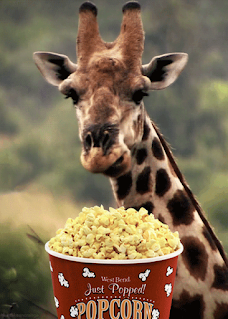 Labour were quite happy to wear the cost of a by-election if Eagle had won the mayoralty in Wellington. In fact he was supported by the PM. Hypocrites but we should not be surprised.

perhaps it makes sense to simplify the distinction between 'elected mps' and 'list mps'.
the elected one have the mandate of their constituency who voted for the person (not the party). if they change the party or go independent but take care of representing their constituency, what's wrong with that?