GWPF Newsletter: China preempts carbon border tax and fires back at US sanctions

1) China preempts carbon border tax and fires back at US sanctionsAsia Times, 8 June 2021 China will soon pass a law to strike back against the countries that have imposed sanctions on Chinese state organs, enterprises, organizations and functionaries, including those with links to the People’s Liberation Army. New draft legislation, dubbed the “Anti-Foreign Sanctions Law,” was submitted to the National People’s Congress (NPC) Standing Committee for a second reading on Monday. It is expected that the draft will be approved by the top legislative body in China on Thursday. The details of the draft have not been made public. However, according to a Xinhua report, the Chinese government will launch multiple corresponding counter-measures against entities and individuals in relevant countries, meaning the United States, from the beginning of 2021. During the “two sessions” in early March, some members of the NPC and Chinese People’s Political Consultative Conference (CPPCC) suggested it was necessary for China to formulate a specific law to counter foreign sanctions. Members of the NPC Standing Committee reviewed the draft for the first time in a meeting in late April and broadly agreed to formulate the law to counter foreign sanctions. They also gave some advice and suggestions on improving the draft, Xinhua reported.“For some time, out of political manipulation needs and ideological bias, some Western countries have used Xinjiang and Hong Kong-related issues as part of their pretexts to spread rumors on and smear, contain and suppress China,” according to the spokesperson office of the Legislative Affairs Commission of the NPC Standing Committee. “In particular, the countries, in violation of international law and the basic norms governing international relations, have imposed so-called sanctions on relevant Chinese state organs, organizations and functionaries in accordance with their domestic laws, grossly interfering in China’s internal affairs,” added the spokesperson. The office said China would use the new law to safeguard national sovereignty, dignity and core interests and oppose Western hegemonism and power politics. Full post2) UN climate chief urges Western governments to deliver on their $100 billion pledge or face failureUN Climate Change News, 7 June 2021UN Climate Change News, 7 June 2021 – UN Climate Change Executive Secretary Patricia Espinosa has urged developed countries to make good on their promise to mobilize USD100 billion annually in climate finance to support the needs of developing nations.Speaking at the UN Climate Talks taking place virtually from 31 May to 17 June, the UN Climate Chief expressed her frustration that the pledge of financial support, made in 2010, has not yet been met:“We are still talking about this promise, despite greenhouse gas emissions continuing to be at their highest concentration ever; while extreme weather continues to decimate more parts of the world and with greater intensity; and while vulnerable people continue to suffer, continue to lose their livelihoods and their lives.” Ms. Espinosa today addressed government delegates at an expert meeting on long-term climate finance. Her call to action comes shortly before leaders of the world’s largest and most advanced economies prepare to gather for the G7 summit taking place from 9-11 June in Cornwall, United Kingdom, where the issue of building back better from the COVID-19 pandemic with greener, more sustainable economies will take centre stage. For many nations, securing the financing necessary to spur their own transition to a more sustainable future can’t happen without this promised support. This includes action to cut greenhouse gas emissions and action to build resilience to the inevitable impacts of climate change, such as frequent and severe droughts, floods and storms. Meanwhile, the trillions of dollars being spent by governments for COVID-19 recovery packages has demonstrated that the $100 billion annually could be mobilized relatively easily with the adequate political will. Full story 3) Another Cop-Flop? Former COP26 chief says there is ‘question mark’ over UN climate summit taking placeThe Herald, 6 June 2021 THE COP26 climate conference due to take place in Glasgow in November may not go ahead because of a lack of progress in lead-up talks, its former chief has said. Claire O’Neill said there was now a “question mark” over whether the two-week event at the SEC would take place as planned or be delayed.She also urged the leaders of the G7 countries meeting in Cornwalll this week to set the right tone, given the urgency of the climate crisis, to help ensure the Cop took place.Ms O’Neil, a former energy minister formerly known by her married name as Claire Perry, was nominated as Cop26 president in September 2019. However Boris Johnson sacked her a few months later in order to install a serving minister in the role, giving it to then business secretary Alok Sharma.  Speaking to BBC Scotland’s Sunday Show, Ms O’Neill the 198 parties to the Cop were currently in virtual negotiations, but were failing to advance as required.  She said: “The reason for Cop to happen is a series of negotiations which have to happen in 198 directions, and they are not as focused as people would expect on this enormous climate emergency and the need for really rapid action.“If you think now that those negotiations are happening virtually for three weeks, there is a question mark, truthfully, over whether the negotiations will happen at Glasgow at the end of the year. “I’m hearing from very reliable sources that at the end of this virtual negotiation period, the parties, the 198 parties, will decide whether they’ve made enough progress to go ahead in Glasgow. And of course there is then a question about in-person or virtual [attendance], because some countries find the idea of virtual negotiations to be very difficult.Full story4) Trouble brews at home as Boris Johnson plays climate heroPolitico, 2 June 2021A new wave of skepticism is emerging in Britain: not sceptical of man-made climate change but sceptical of the cost of Net Zero – and suspicious of who will bear the heaviest burden. 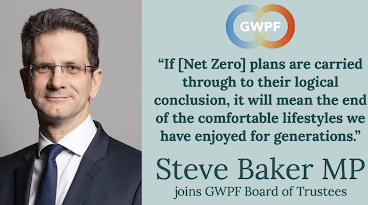 Being a climate champion looks great when Boris Johnson is urging action at the U.N. Security Council or schooling the G7 on emissions.But when it comes to confronting the critics within his own party and his own voters, the prime minister is hoping discretion is the better part of valor.In his effort to live up to the hype of hosting the COP26 U.N. climate summit in November, Johnson has set world-leading emissions goals, but achieving them means a difficult conversation with the public and his own party: one experts and officials worry Johnson is avoiding.“My fear is we’re going to end up with the same sort of problem we had with the EU. It’s the policy-making elite who have all agreed with one another that this is what we should be doing and haven’t carried the public with them by clearly explaining what it’s going to mean in people’s lives,” said Steve Baker, Conservative MP and perennial thorn in the government’s side.On the face of it, Johnson is well-suited to the tree-hugging life. He is embedded in the “turquoise” brand of Conservatism (that is: green mixed with Tory blue) through his father Stanley, a long-time conservation campaigner; his wife Carrie, who helped the party find its feet on animal welfare and anti-pollution initiatives; and his point-man on the environmental brief, minister Zac Goldsmith.It should likewise come as no surprise that the toy bus-whittling, bike-riding former mayor of London, who never met a big infrastructure project he didn’t want to break ground on, is attracted to a shiny vision of new offshore windfarms, hydrogen technologies and electric vehicles. His support for environmental initiatives has in the past been comfortably grounded in conservatism, and a belief that business will find better solutions than state intervention.Lately, he has shown more enthusiasm for top-down initiatives. Johnson has bolstered the headline goal of net zero by 2050 in legislating for a 78 percent reduction in carbon emissions by 2035 and has started a conversation about ending financial support for coal. It adds up to the impression he’s alert to the need for big wins — for the planet and for U.K. diplomacy — at COP26.Net Zero“What it means” encompasses a huge range of things: moving from diesel to electric cars; cutting out car travel altogether where possible; using heat pumps rather than gas boilers; and even changing diets. Perhaps the biggest single change affecting people’s lives will be the transformation of the jobs landscape, as the country moves away from carbon-intensive industries.Despite the scale of the coming transformation, government progress is patchy. Ministers have put in place various measures to encourage the use of electric cars, even if a recent public accounts committee report warned it would have to go faster.Phasing out gas boilers, on the other hand, remains too hot to handle. The government’s decarbonizing transport plan and its heat strategy are both currently missing in action, as is the Treasury’s final net-zero review. That vacuum is allowing a new wave of skepticism to creep in: not skeptical (in general) of manmade climate change but skeptical of the scientifically-recommended pathway to safety — net-zero by 2050 — and suspicious of who will bear the heaviest burden.At the vanguard is Baker, the Conservative MP who has hounded the government over Brexit, coronavirus restrictions, and now what he calls in his latest Twitter hashtag “the cost of net-zero.” His interventions on the subject have steadily increased over the last month, reaching fever pitch when Bloomberg reported that people could face fines over failure to replace gas boilers, which he decried as “Soviet-style” planning.“Unlike Brexit and the EU, it’s not going to be a minority pursuit when this thing really hits. It will affect every homeowner, every tenant, because tenants will see that rents go up to cover the costs,” he said.The temptation for Baker’s opponents may be to dismiss him as representative of a small minority — after all, on coronavirus, his protests against lockdown measures never really captured the public mood. White van man worriesBut he is not alone. There is a wider section of the Conservative party which is concerned about how the shift required to reduce carbon emissions will impact their constituents, particularly the lower paid. If Johnson ignores these advocates for working-class Conservatism, who have successfully placed their finger on the pulse in the past over freezing fuel duty and funding free school meals, he may come to regret it.The fuel protests that paralyzed the country in 2000 spooked politicians of all stripes about political impact of environmental measures that hit people's pockets, and the Yellow Jackets movement in France (and less potently in the U.K.) again showed how politically delicate the subject can be. A Continental reprise of France's backlash is consistently cited by EU climate chief Frans Timmermans as one of the greatest threats to his European Green Deal project.One senior Conservative MP for a deprived constituency said: “I'm not aware of any communication about it apart from the grand statements that you see on the TV … It's all very well for rich people to tell people they're going to have gas-free boilers and change their cars when they're cycling from Putney to Westminster but for the white van man it's not possible to live like that.”Full story5) Should Boris Johnson be worried that Steve Baker has taken an interest in climate change policy?The Critic, 9 June 2021 Is “Net Zero” achievable? Steve Baker discusses with David Scullion the cutting of carbon emissions All major parties agree that the UK needs to cut carbon emissions but is the goal of “Net Zero” achievable or will it leave us, in the words of Steve Baker MP, “quivering under duvets in the dark on windless winter nights”? On this podcast the former Brexit rebel explains his scepticism with The Critic’s Online Editor David Scullion. Listen to the interview here 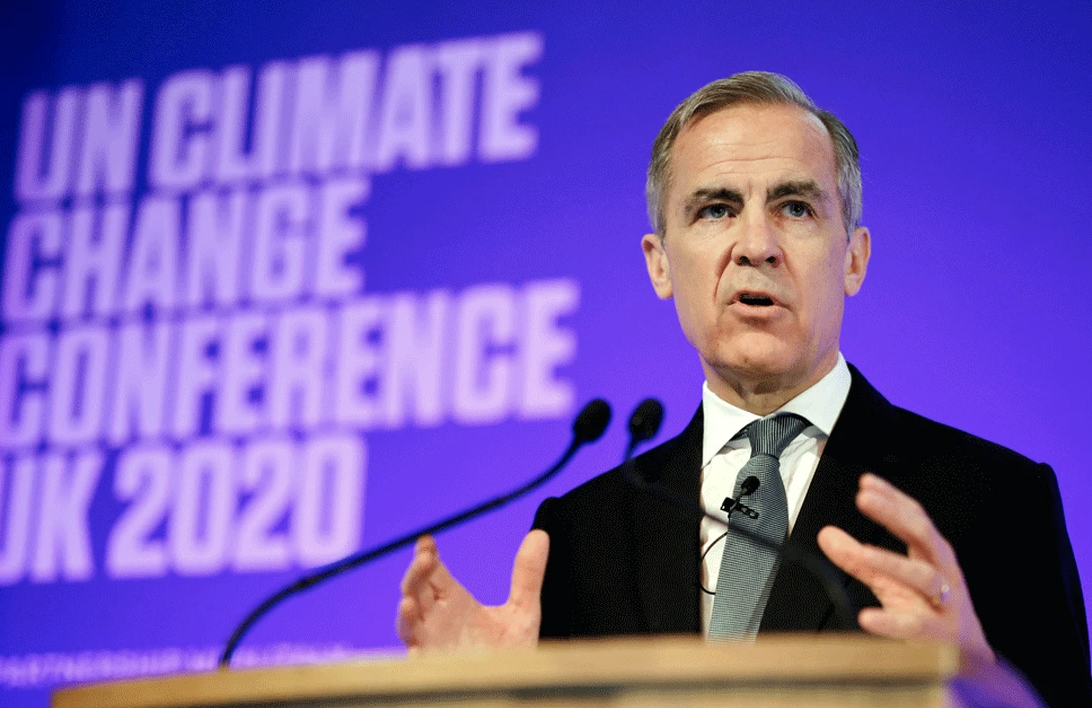