Biden's ticking climate clock: What happens when he fails to deliver?

1) Net Zero: Green Tories warn about populist backlashGlobal Warming Policy Forum, 27 June 2021As public discontent and concerns over the astronomical costs of Net Zero keep growing, green Tories are beginning to fret that they may soon be facing a disastrous political backlash. 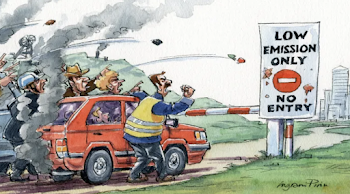 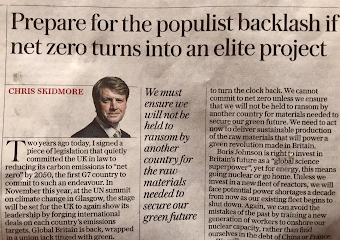 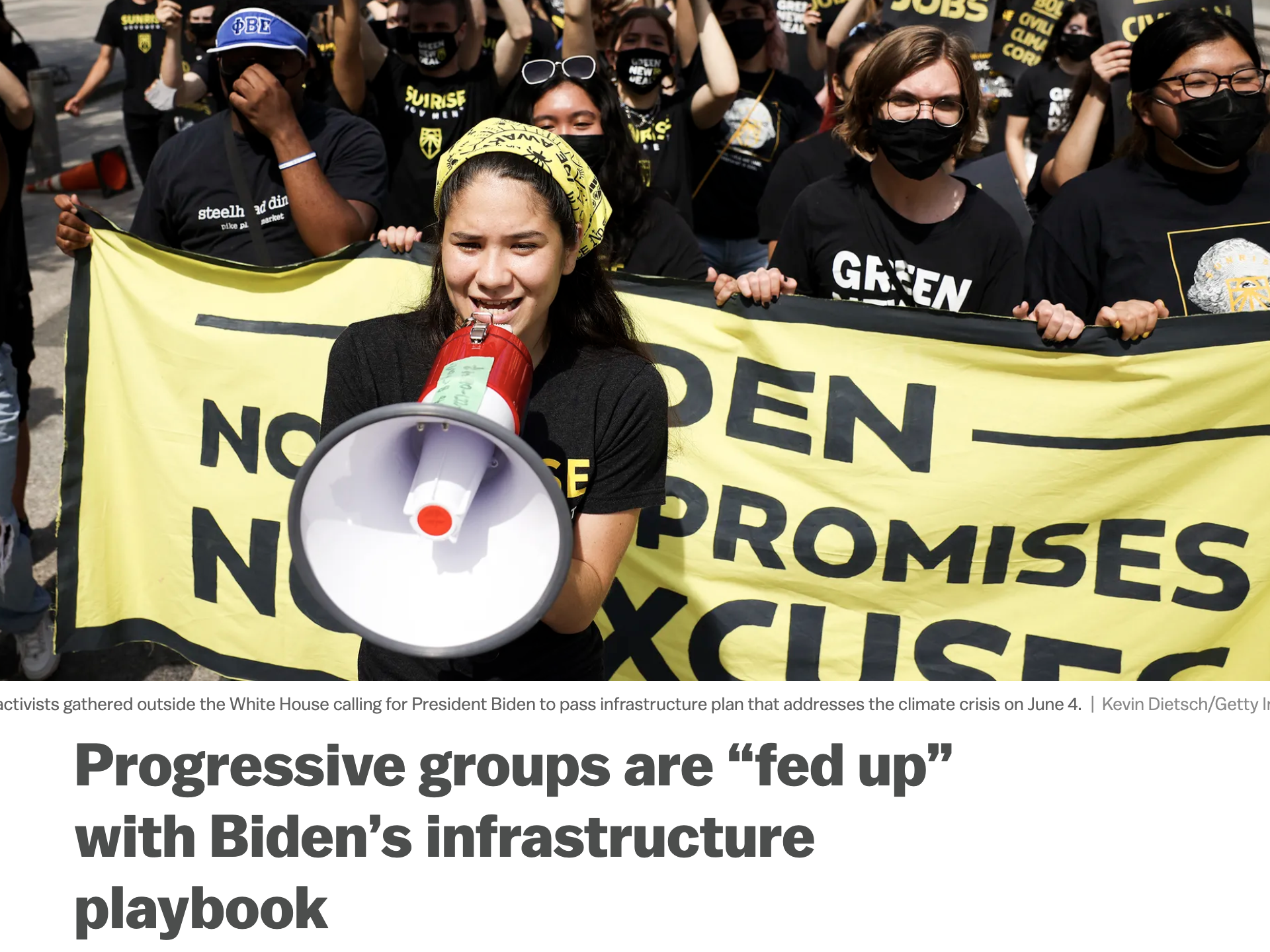 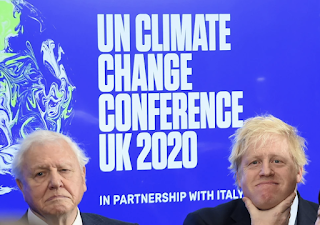 Sir David Attenborough and Prime minister Boris Johnson, right, attend an event about the COP26 UN Climate Summit in February 2020. With the United Nations COP26 climate change summit scheduled for November 2021 in Glasgow, Scotland, Sir David Attenborough was recently appointed “People’s Advocate” by the British government. In that capacity, he addressed G7 leaders a few weeks ago, stating: “We are now on the verge of passing tipping points, boundaries that, once passed, will unleash irreversible and self-amplifying change.”Attenborough’s sentiments were taken directly from his latest Netflix production, “Breaking Boundaries,” released in early June, a documentary devoted to an outdated “tipping points” theory that has no basis in reality.No basis in reality is an Attenborough quality we’ve seen before. Back in 2019, the now official U.K. government promoter of climate alarmism released a documentary titled Our Planet. The scenes in Our Planet were horrific and shocking: one after another, several giant walrus were shown falling off a high cliff to jagged rocks below, their agonizing deaths captured in slow motion. Hundreds of others, their broken bodies panned by the camera, were said to have died the same way. Viewers were told that lack of sea ice had caused these deaths and climate change was to blame.Marketed as entertainment, it was an unforgettable gut-punch delivered by the renowned BBC broadcaster in a joint Netflix/WWF production seen round the world. Attenborough implied that the climate change explanation was supported by science. I knew it wasn’t. I called him out on it and I wasn’t alone. A controversy ensued. Seven months later, the BBC corroborated my account. An episode of an Attenborough-narrated television documentary called Seven Worlds, One Planet revealed the extent and scope of the deception in the Netflix sequence. As I’d suggested, polar bears had chased the walrus off the cliff and the Netflix producers had known it all along. Attenborough probably did, too. However, he found the emotional impact of the falling walrus scene too politically powerful to waste. Attenborough shamelessly narrated six more documentaries with even more outrageous claims about the prophesied harm the world faced if climate change was not addressed immediately, and told members of the UN Security Council that climate change was the biggest threat to global security the world had ever faced. In short, he leveraged the dying walrus narrative to kick-start an uncompromising climate change campaign.It has been an astonishing spectacle to witness and it isn’t over yet. For the COP26 climate summit in Glasgow in November, Attenborough has become the U.K. government’s purveyor of tipping points and warnings that “there is only a decade to act” and launch a new industrial revolution that will bring greater equality. “We have reached our own political tipping point,” says Attenborough in a COP26 video, implying the planet is set to unleash irreversible and self-amplifying catastrophe. The tipping point message, however, was on shaky ground when climate scientists first trotted it out. Then two studies published in 2011 showed that despite fears, such inevitable “boundaries” do not exist for Arctic sea ice: the very low summer extent that occurred in 2007 was followed not by continued decline but a quick recovery. For good scientific reasons, the same thing happened after the record-low ice extent in September 2012. It’s now 2021 and despite lack of evidence to support it, Attenborough and a few other vocal climate change activists continue to peddle this scary-sounding “tipping points” idea.As I explain in my upcoming new book, Fallen Icon: David Attenborough and the Walrus Deception, the unique alliance formed in 2015 between Netflix, the WWF, Silverback Films, David Attenborough and the BBC to produce “Our Planet” was an auspicious beginning. The Netflix and BBC documentaries that followed — all on the same theme, many with the same executive producers, all narrated by Attenborough and based on the WWF’s version of science — were filmed over the same period and released to correspond with the next UN COP meeting scheduled for the fall of 2020. To their consternation, the COP26 got postponed to 2021 because of the pandemic, which meant they had to stretch out their propaganda an additional year.Seven documentaries or series episodes, from “Our Planet” to “Breaking Boundaries” were released, starting with the horrifying falling walrus scenes orchestrated by the WWF and ending with what is essentially an advertisement for the “tipping points” concept that Attenborough is now pushing ahead of COP26.Attenborough apparently decided he wanted his legacy to be something more substantial than “a good storyteller” and consciously became a mouthpiece for the power-hungry climate change lobby. When he agreed in 2018 to present the deceptive and emotionally manipulative falling walrus film footage as evidence of climate change — so typical of WWF promotional material but out of character for him — Attenborough seems to have abandoned his journalistic principles to achieve a political objective. Attenborough is not an advocate for the people, as he claims: he is an advocate for the climate change movement. Susan J. Crockford is a zoologist and author of The Polar Bear Catastrophe That Never Happened, and Fallen Icon: David Attenborough and the Walrus Deception, coming later this summer.