Lindsay Mitchell: No better time to be a beneficiary

There are now so many Work and Income rules that have either been repealed, ignored or broken since 2017 that it's worth making a list:

1/ The penalty for not naming the father of a child dependent on a sole parent benefit was abolished. Taxpayer now picks up the liable parent contribution.

2/ The requirement to ensure a child on a benefit is attending early childhood education/ school and enroled with a GP is ignored.

3/ Sanctions for not meeting appointment and work obligations have declined significantly: 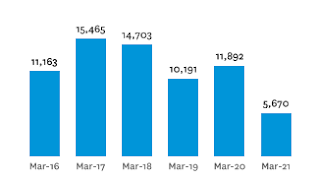 4/ The requirement to present a medical certificate is suspended till at least 2022.

5/  Beneficiaries can use payment cards to buy cigarettes, lotto tickets and giftcards at BP.

6/  Fraud is not being prosecuted. Fraud staff have been moved to chasing up wage subsidy repayments, and changes to privacy settings have prevented investigations without disclosure to parties being investigated.

And to be repealed by law passing through parliament currently:

8/ Early work-testing of a sole parent who adds a subsequent child to their benefit. Green light to continue having children on welfare with no consequence except extra cash.

What with the increases to basic benefit rates,  increased abatement thresholds, indexing benefits to wages as well as CPI, the winter energy payment, Best Start and the loosening of so many obligations, there's never been a better time to be a beneficiary in New Zealand.

No right-minded working person would want to be a beneficiary. As much because of the huge dent to your self-esteem. It's not easy and if there really were no jobs out there I'd be more sympathetic. But there are jobs out there.
Our government has decided that rather than ensuring as many people work and contribute a fair share, based on their incomes, to the country as a whole and reduce the burden on those working, they are going to keep increasing benefits so that the unemployed have less reason and motivation to find work.
This is socialism in action - it's been done before - it was an abject failure and leads to an undercurrent of entitlement which becomes generational if it goes on long enough.
Like all our modern neo-socialist governments they seem to think that "kindness" is a tradeable entity which can be used to pay for things. They also seem happy to accept that there are a significant proportion of the population who are not suited to working, for no good medical reason, and should be supported for their entire lives on state benefits.
That's unacceptable and is going to drag this country back to the old days of socialism which ruined economies and made everyone poorer.

I grew up in a socialist country - Czechoslovakia and must correct the opinion expressed above that pouring out benefits on unemployed folks is "socialism". It is not in the strict Marxist view point. Socialism was designed to be the system in which everyone gets according to his/her merits, while communism (the bright future) was said to provide for everybody according to his/her needs.
The depravity of the socialist system was the state ownership of all productive and also non-productive means: factories, businesses, houses, flats, shops, entertainment, churches, lands, forests, railways, roads, transport, airports, everything. The agriculture was organized in cooperative farms: farmers had to give up their land, animals, machinery to the village's cooperative farm and became just the workers of the farm paid monthly salaries. The state (the Communist party leadership) was in control of everything, everything was centralized, the laws, the execution of laws, the production and distribution of products, the prices, the mass media, newspapers, books, films, TV programmes, just name it.
The system destroyed all initiative and enhanced flourishing bureaucracy and corruption on all levels. Because everything was state owned and we were state, stealing became national sport.We (except for communist hierarchy) were all equal, we all had similar low incomes for which we could buy the restricted scale of products.
But in a socialist country everybody had to be employed. We had Identity Cards, which were actually booklets, with your photo and all the basic information about you, your address, date of birth, your marital status, the names of your parents, spouse, children and also the name of the institution you worked for which had to confirm it by the seal. You had to have your card with you always and show your identity card whenever and wherever asked by the police. Those who were not employed (had no seal) and were not housewives (very small part of women population) were called parasites and were locked in prisons where they had to work. Similarly fathers who didn't pay for their children were imprisoned and worked there. Pregnant women who didn't go to doctor didn't get the allowance at the child birth, the benefit for the child (paid monthly till the child was 18 or finished the studies), neither the tax levies and equally the parents whose children were not attending school.

After communism fell all these rules promoting work (which was our "god", we had a song about "work, mother of progress" that we sang at school instead of morning prayers) were abolished by new generation of "cultural socialist" as being against basic human rights. The result is that most of Gypsy families (our minority) started again to live on their children allowances and benefits, their children rarely attend school, many go to school just to eat cooked lunch which is free for Gypsies etc.
But as for socialism, the fact is that the lefties had changed the agendas from supporting the working class to "cultural socialism" supporting the rights of all sorts of minorities and, of course, the climate change agenda.

I think in the current context Neo-Marxism is the correct term, Alexandra. Neo-Marxism allows for a more hybrid economy. In NZ we now have a Government with substantial control of the media which is being used to pursue a fairly extreme political agenda while giving the appearance that it is a mainstream agenda. A similar scenario is playing out in the US which is no coincidence. I note that the evidence is there to suggest that the FBI were involved in the planning of the Capitol Hill riot per Fox News. It could be construed as a biased report but the evidence seems compelling.

Communism and socialism are like Hydra, the monster with poisonous breath, virulent blood, many heads and regeneration power. The tragedy is that people in the West don't seem to have learnt from the history. I remember that in 1968 we could not believe that the protesters in the West (Germany, France, US) chose Che Guevara as their main hero while we in Czechoslovakia hoped to get rid of communist dictatorship.
It's such a pity to see this Hydra growing in New Zealand.

I appreciate your point Alexandra. I was describing socialism in the Western context. That may not be its strict definition but that is practically what it represents to most people.
After all, the strict definition of Communism is admirable to many people but is a long way off what actually transpired, unless you define everybody's needs as the same and controlled strictly by the state - whose leaders had much greater needs!

Dee, I also think Jacinda's speeches (Comrade Jacinda)in Eastern Europe 10 years ago clearly show she is a hard core socialist. She was knocking 30 at the time so well passed the idealistic teenager stage.

Thank you Alexandra Corbett for sharing your experience which I think is a timely wake up read for complacent New Zealanders, I think we seriously lack knowledge about true socialism and cultural socialism differences. And help see both sides of the coin!
Communism I understand. In 2007 I visited Cuba. Che Guevara was an national symbol and marketable (and forgive me I bought a trendy Che T shirt) but I also was painfully aware not one person I encountered there would comment on Fidel Castro out of fear of being dobbed in to the police. People had to carry permission papers if they travelled out of their area. There were 2 monetary systems and coinages - local and tourist, with different tax rates. People were obviously very suppressed, although once you gained their trust, very open to fun and laughter.
Sometimes it feels like this in NZ. We are experiencing suppression of opinion if it is not deemed politically correct, and our joy for life is becoming harder to ignite because of it.