Commissioner Coster’s recent explanation for the exponential and highly visible increase in firearms “incidents”, particularly in West and South Auckland, as being collateral COVID lockdown stress, is in my opinion, “staggering”.

I have previously posted support for Commissioner Coster.  In my view, he was the handbrake police needed on what I discerned as an emerging “Gung Ho” approach to firearm use by police under former Commissioner Mike Bush. (1)

Unequivocally, I stand by my demand that police who shoot people, must have their actions reviewed before a proper court of law and not the IPCA which I have often labelled as being akin to “a boys club” of “back-room justice”, being as it is, completely out of public sight. (2)

This opinion does not mean that I don’t understand the need for police to be armed and to shoot persons – when the legal parameters apply.   And, as it happens, twice I was confronted with this dilemma – oddly enough during the time I was a 24/7-armed front line commissioned officer in the NZ police. (3)

More recently, and to bring the debate back to, “what going on now”, where gun crimes are perpetrated in New Zealand, in July this year on Breaking Views, I penned: Arm Police 24/7 (4)

Times are a changing and, in my view, a strong case can now be made to arm police 24/7.  This policy would of course take time to implement.  Teaching police how to handle possession of a firearm – 24/7 – would be a quantum leap in police training in firearms, from what it is now.

In my view, a significant factor in the elevation of gangs and guns, was the failure of Labour’s gun confiscation policy which followed the Christchurch massacres - very much I might add (in my opinion) an ill-considered rapid response via policy to try and fool the populace that, “everything is under control”.

Confiscation of guns was a deliberately designed “distraction” from a major contributing factor precipitating the Christchurch massacres which was, in my view, as a former commissioned officer in charge of Auckland police criminal intelligence section, that the CIS police failed in their mission to correctly evaluate intel.

Labour’s gun confiscation policy took the guns from the good guys aka hunters, target shooters, gun collectors et al which enabled Labour to boast about “thousands of guns” taken out of circulation.

But Labour’s gun confiscation policy failed to collect the armoury, invariably not registered, or held by persons without gun licenses, but also a much larger cache of illegal weapons.

How did the gangs get their guns?

Who had these weapons?  The same people who have them now.  Gang members and other assorted denizens of dark alleys.

For a start, apropos my comments above, Labour failed to collect the arsenal held by law breakers and instead focused on collecting arms from the law abiding.

Looking at media fotos of arms seized by police in recent raids, I do not see a range of artillery which suggests to me that boat loads of high-grade weapons are being smuggled into New Zealand via maritime expresses.

Most of the gang arsenal appears to be old NZ stock, probably stolen from gun shops and/or farmers’ rifle racks, over time.  Many have been modified i.e., sawn off shot guns and pistol grips of e.g., .22 rifles.

Clearly, the prevalence of fire arm “incidents” which occur on an almost daily basis, putting New Zealanders at risk, is evidence that Labour’s gun confiscation policy has been a total failure.

Collateral damage to Labour also emerged. One should always remember that if you push a button or crank a lever, a consequential reaction will happen.  In this case it was a mass exodus of gun lobby voters to ACT, and David Seymour was on a winner.

Looking at the current situation with the All Blacks, one might say: “Bring Back Buck?”

Looking at the current situation with gang warfare on the rampage, one might say: “Bring Back EGP?” 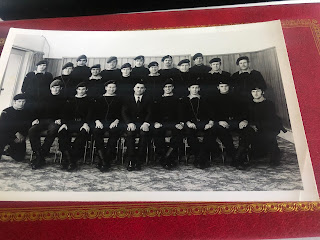 The weaponry described above will no doubt continue to be used by the run of the mill bandits or distraught domestic tragedy participants.

However, if I was a bandit – like I mean a serious bandit, my focus for preferred weapon would be – DRONES.

Ross Meurant, graduate in politics both at university and as a Member of Parliament; formerly police inspector in charge of Auckland spies & V.I.P. security; currently Honorary Consul for an African state, Trustee and CEO of Russian owned commercial assets in New Zealand and has international business interests.

Having family in the US and watching the constant riots in Seattle, Portland and other large US cities I have gone from being completely anti gun to tentatively pro gun as I can see our country sadly gong down the same track. Also, the Democrats calls to defund the police has only lead to more violence and chaos.

Of course, I watched this night after night on Fox news but, from all accounts, nothing on our own TV channels. Always targeting the innocent and vulnerable.

I believe we need a very strong police force that punishes the wrongdoers and supports the victims and law abiding. This is not happening under the present regime.

The police should certainly not condone citizens roadblocks as is happening up North as that is starting a precedent.

" Teaching police how to handle possession of a firearm – 24/7 – would be a quantum leap in police training in firearms, from what it is now. "
Surely Ross, they teach basic all arms on recruit courses. All you have to do is treat it like it is part of you. Love it,keep it clean, healthy well oiled and have a ready supply of nutrition. Keep it safe from others and remain a little behind and to the side of gung ho mates.
I just do not see the sense in taking firearms from law abiding registered gun owners who have been properly vetted.
I also cannot see the logic in the government voting down a bill allowing police to take weapons off gangs and gang members. Particularly when they have not got a better solution.
But then this government were never solution focused.

Part of the problem with firearms - like abortion and euthanasia - is it rapidly becomes an emotional as opposed to rational debate. There becomes a hard divide between the two 'sides' of the issue with very little 'middle' ground. In essence you are either 'for' it or 'against' it. there are very few who are not committed to one view or the other.
The actions of the Government, aided and abetted by all except ACT, got overwhelmed by the emotion of Mach 15th, 2019. The irrational act of removing various classes of firearms from legitimate ownership was at the time seen to be 'doing something' to to fix a problem that had its' roots in the failure of State organisations. This is not the first time the 'Powers of State' have got it wrong - and sections of the populous have suffered in the cover-up.
As for the general arming of Police - You are right Ross, the level of training needs to be increased markedly. Having seen the level of firearms handling demonstrated by some members of the force, and the competency shown in stress-fire situations, there is a long way to go. As for the general arming of Police, conditional on the skill and competency levels reaching a sufficiently high standard the deterrent effect on the lawless may just be what we need. For those of us who remember October 1962, the deterrent effect of US resolve averted a potential nuclear conflagration.