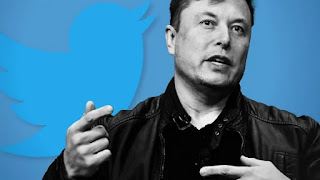 Earlier this month Elon Musk, the CEO-founder and Chief Engineer at SpaceX – and CEO and Product Architect of Tesla – made a full takeover offer to buy the social media giant Twitter after having purchased 9.2 percent just weeks before.

In a letter to Twitter’s Board, Musk explained, “I had invested in Twitter as I believe in its potential to be the platform for free speech around the globe, and I believe free speech is a societal imperative for a functioning democracy. However, since making my investment I now realize the company will neither thrive nor serve this societal imperative in its current form. Twitter needs to be transformed as a private company. Twitter has extraordinary potential. I will unlock it.”

The Board, which has a legal duty is to act in the best interests of shareholders, has yet to formally respond to his offer.

Elon Musk says he wants to transform Twitter into a bastion of free speech: “This is not about the economics. My strong intuitive sense is having a public platform that is maximally trusted and broadly inclusive is important to the future of civilization. The civilizational risk is decreased the more we can increase the trust of Twitter as a public platform. Twitter has become kind of the de facto town square, so it’s really important that people have both the reality and perception that they are able to speak freely, in the bounds of the law.”

He believes the source code for the site’s algorithm should be openly shared, that permanent bans from the platform should be rare, and that the only limits on speech should be the legal limits imposed by the governments of countries Twitter operates in: “A good sign as to whether there is free speech is when someone you don’t like, is allowed to say something you don’t like. If that is the case, then you have free speech.”

The news of his bid has been greeted with enthusiasm by advocates of free speech and the truth all around the world. It remains a tragedy that nowadays, social media users challenging the ‘woke’ consensus on ‘controversial’ issues are having their comments removed by algorithms and their accounts terminated.

It has been argued that Prime Minister Jacinda Ardern’s Christchurch Call, following the 2019 mosque shooting tragedies, made matters worse by pressuring social media companies into becoming more pro-active in censoring their sites. The message from politicians was clear: self-regulate or be regulated.

As a result, censorship by Big Tech is now rife. While Twitter’s banning of President Trump was widely reported, not so well known is how closely Facebook works with the White House – and other governments – in the fight against so-called “misinformation”. Meanwhile, YouTube has admitted deleting a million videos containing Covid “misinformation”, and even Microsoft’s LinkedIn is cancelling accounts of those challenging the woke agenda – including genetic vaccine pioneer Dr Robert Malone, who has expressed concerns about the mRNA vaccine.

This raises an obvious question: to what extent are governments influencing social media content? And is that influence solely due to the threat of regulation or have social media companies become overly reliant on revenue generated from government agencies?

What we do know is that controlling the narrative has become a fixation of our “unless you hear it from us, it’s not the truth” Prime Minister.

The Ardern Government spent $16.4 million at the start of the pandemic on public relations and messaging, paying Clemenger BBDO $3 million and the multinational advertising firm OMD $12 million. Everything from “the team of 5 million” to the “be kind to each other” slogans were carefully planned, tested, and executed.

‘Controlling the narrative’ became such an obsession that even Cabinet Ministers were gagged – unless they had approval from the Prime Minister’s Office.

Herald journalist Kate MacNamara, who has been investigating the government’s communications strategy, reveals that New Zealand social media users are under surveillance – by the Department of the Prime Minister and Cabinet:

“The Government has paid an estimated $200,000 for a long-running series of ‘social media listening reports, aimed at gathering information on Kiwis’ online posts and conversations… However, the Department of the Prime Minister and Cabinet has refused to make the reports public, along with the scope of the ‘listening’, its methodology, and the themes it has encompassed. Fifty-two such reports were commissioned in the past full financial year, one per week. That ‘regular reporting’ has continued through the current financial year.”

Kate’s investigations uncovered the extensive efforts undertaken by the Government to put a positive spin on the vaccine procurement process, even though New Zealand lagged behind other countries.

The debacle was caused by Cabinet setting up a Vaccine Taskforce – to buy vaccines and promote the need for vaccinations – in May 2020 but failing to provide their funding until August. While that meant vaccine deals could not be finalised until December, “the public was fed a soothing version of events shaped by outside PR help.”

That PR advice was provided by Karl Ferguson of Arkus Communications, who was paid $130,000 for “communications that controlled and shaped the flow of information around vaccine procurement… to achieve a singular and flattering version of events.”

Kate MacNamara reveals ‘independent commentators’ were targeted for briefings: “We worked closely with Taskforce agencies on key communications collateral to support the Pfizer announcement… key stakeholders – especially those likely to be approached by media for comment – were provided with a ‘heads up’ prior to the announcements going out. A number of these stakeholders have provided positive public comment as a result.”

These became the go-to ‘experts’ that the mainstream media relied on: “Updates by officials to Prime Minister Jacinda Ardern say the proactive briefing of the ‘commentators’ helped to achieve positive media coverage.”

Kate MacNamara reveals that even the timing of vaccine announcements was manipulated: “The timing of vaccine announcements also entailed considerable and clearly political choreography, all of it aided by Ferguson… The agreement with Pfizer was signed on October 6, and that news was held for six days, and released by Ministers Chris Hipkins and Megan Woods on October 12, the Monday of election week.”

The Government denied that politics played any part in that announcement delay!

Kate explained that once the vaccine contract wound up, Karl Ferguson’s expertise was re-directed to the health reforms, where he “now provides ‘communications and engagement services’ to the Health Transition Unit in the Department of the Prime Minister and Cabinet, which is leading a plan to transform the structure of the country’s health system”.

The Prime Minister will spend $18 million this year on consultants, trying to convince New Zealanders that abolishing District Health Boards and segregating health services by race are necessary – even though the primary motivation behind the Pae Ora health reforms is political: to introduce Labour’s He Puapua co-governance plan for tribal control.

The ‘official’ justification for the reforms – to eliminate systemic racism in the health system and reduce Maori disparity – have been fact checked by Auckland GP Dr Lawrie Knight and found “to be incorrect.”

However, as a result of public pressure – and congratulations to those NZCPR readers who put in submissions and warned others about Labour’s unmandated He Puapua agenda – the Select Committee Report on the Pae Ora Bill indicates co-governance has now been dropped.

“There has been an attempt to bury what is potentially an explosive backdown by the Government with the release of a report late Thursday before the Easter shutdown.

“The Pae Ora Committee’s report and draft bill to legislate the health reforms makes no reference to what had been called a Maori Health Authority veto over New Zealand Health Authority decisions.

“Health Minister Andrew Little conceded in Parliament last year that the Maori Health Authority and Health New Zealand — the proposed new national health body — would be able to veto each other.

“But in changes made by the Select Committee the two bodies will not interact with each over the health plans and any final decisions will be made by the Minister of Health. There have been other changes which add up to an erosion of the powers of the Maori Health Authority.”

These developments – which confirm the importance of speaking out against dangerous government policies – suggest the health reforms should now be put on the back burner since He Puapua co-governance was the main reason for the centralisation of the health system and the abolition of community health boards.

There have also been new developments over the Rotorua District Council (Representation Arrangements) Bill – to introduce He Puapua co-governance by elevating the influence of voters on the Maori Roll to five-times that of voters on the General Roll. Firstly, the submission time-frame has been extended for a further two weeks to May 4 – submissions can be made HERE. Secondly, the Attorney General has now issued a report finding the Bill is discriminatory and “cannot be justified.”

While that report doesn’t prevent the Government from passing the Bill, it will force Jacinda Ardern to carefully consider the public relations implications – not only of the Rotorua Bill, but the whole He Puapua co-governance agenda.

That agenda, of course, includes Three Waters – Labour’s plan to pass control of council water infrastructure and services to the unaccountable representatives of multi-million-dollar iwi business development corporations through He Puapua co-governance.

At least $3.4 million has already been spent on PR consultants operating out of the Prime Minister’s Department to convince the public that the reforms are necessary.

After last year’s propaganda campaign maligning councils attracted so many complaints it had to be abandoned, a far more sophisticated and sinister approach is now being used, whereby almost daily, State-funded media are manipulating public opinion by headlining news stories favourable to Three Waters.

Where does propaganda and misinformation begin, and end, is a question we are all now left wrestling with. Can we trust anything this Government says or does?

Increasingly it feels there is nowhere to turn for the truth. All too often, mainstream media are seen as puppets on a string. ‘Influencers’ are being paid by central government to push its narrative. So-called ‘independent’ experts are given ‘favoured person’ status and showered with attention they wouldn’t otherwise enjoy. And social media giants – born out of the desire for free speech – are coming under increasing pressure to back government narratives.

Now, more than ever, we need the likes of Elon Musk – who believes “a public platform that is maximally trusted and broadly inclusive is important to the future of civilization” – to remain committed to that goal for the good of people across the globe.

Regrettably, what we now have in New Zealand is a Prime Minister and a Government obsessed with manipulating the narrative and controlling the public – and that is very dangerous indeed.

*Do you agree with Elon Musk that “free speech is a societal imperative for a functioning democracy”?