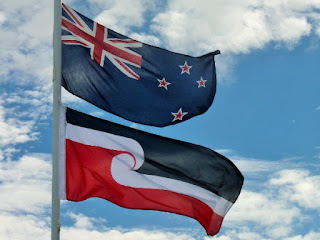 The Rotorua District Council (Representation Arrangements) Bill is dead – and long may it stay that way. The Bill attempted to introduce co-governance with the effect that it advantaged voters on the Maori Roll over all others.

The final blow was the ruling by the Attorney General that by breaching the constitutional principle of equal representation for everyone – a cornerstone of our representative democracy – the Bill was discriminatory.

This fact that co-governance has now been found to be discriminatory must surely signal an end to this whole toxic agenda.

Given the sleight of hand being employed by advocates of Maori supremacy to mislead the public, it’s important to understand the numbers.

In doing this, however, they breached New Zealand’s electoral law, which requires the number of elected members to be proportional to their Electoral Populations – which is the number of the men, women and children who live in the area they will represent.

The Attorney General’s ruling that the Bill discriminates against non-Maori and is in breach of the Bill of Rights, is not only a slap in the face for the Labour Government, which unanimously supported the Bill at its first reading, but in particular for Tamati Coffey, the MP sponsoring the Bill, who hailed it as breakthrough legislation that would introduce a ‘new type’ of democracy to New Zealand: “There is nothing to preclude us being able to ‘tweak democracy’ to make it work for us here in Aotearoa.”

It has now been revealed that this ‘tweaking’ of democracy by Tamati Coffey and the influential Maori caucus involves replacing New Zealand’s system of universal suffrage – where all votes are equal – with a new system designed to give Maori votes greater influence than the votes of everyone else.

However, looking into this further and considering an analogy based on voting numbers, the situation becomes even more ridiculous. Of the 3,507,291 voters registered at the last election, only 272,957 – around eight percent – registered on the Maori Roll. Co-governance would therefore give an eight percent minority the same voting power in decision-making as the 92 percent majority. In essence, through co-governance, Labour would be giving Maori Roll voters more than eleven times the voting influence of other New Zealanders.

It’s clearly time to remind politicians that in our democracy they answer to all New Zealanders, not just a minority. And isn’t it now time to call out “co-governance” as discriminatory and racist, and reject it outright?

So how on earth have we reached this point in time where democracy is being undermined by our own Government through a bizarre attempt to transfer democratic power and public resources from all New Zealanders to representatives of billion-dollar tribal business development corporations that pay little or no tax?

If we cast our mind back, it was just over a year ago that we first came across an abridged version of Labour’s explosive He Puapua report on the Ministry of Maori Development’s website. A full version was subsequently located and published on our NZCPR website HERE.

It turns out that He Puapua had been produced by Jacinda Ardern’s Government as a roadmap to implement the United Nations Declaration on the Rights of Indigenous Peoples – a radical plan adopted by the UN General Assembly in 2007 to give self-identified indigenous people around the world control of land, resources, and governance.

Even though the Declaration was described as non-binding and aspirational, Helen Clark’s Labour Government refused to sign on the basis that it was inconsistent with domestic laws and the Treaty of Waitangi.

However, as a result of a coalition deal with the Maori Party, John Key’s National Government foolishly signed the Declaration in 2010, with the Prime Minister reassuring the nation that the agreement was essentially symbolic.

Their final He Puapua report, setting out a radical plan to replace democracy with tribal rule by 2040, was delivered to the Government in November 2019. There are signs it began to be rolled out shortly thereafter – even though it was kept hidden from Labour’s coalition partner, New Zealand First, and from the public.

Once Labour won the election with an outright majority, the momentum increased, and by March 2021, the country was being swamped with a tidal wave of Maori-first initiatives. Maori language and culture were imposed at every turn. Our democratic right to challenge councils over Maori wards was abolished without warning. And accusations were rife that colonisation and white supremacy had turned New Zealand into a racist society.

Our discovery of He Pupua enabled us to make sense of what was going on, especially once the radical bombshell was announced that iwi co-governance would be introduced into two of New Zealand’s most essential services – health care and the delivery of fresh water.

As Ian Powell, a former Executive Director of the Association of Salaried Medical Specialists – and leading critic of the health reforms – explains, “Abolishing District Health Boards was not part of Labour’s election manifesto in 2020. There was no public discussion on the matter before it was announced. The abolition decision was made in complete secrecy. DHB chief executives themselves only were informed on the day of Andrew Little’s public announcement.”

Ian describes the rationale for the reforms given by the Health Minister as “misleading” and “false”, and he describes the reality of the situation that New Zealand now faces: “There is a huge problem. With only 40 working days to go those running DHBs have no more information on what will replace them on 1 July than they had on 21 April last year when the health minister announced their abolition. In other words, the organisation responsible for planning the transition has no plan.”

What is going on is unconscionable. The only reason for the abolition of a community-based health system that has stood New Zealand in good stead for 30 years, is Labour’s ideological obsession with co-governance and centralised control.

Labour has now pulled back from giving their new Maori Health Authority (co-chaired by the sister of senior Cabinet Minister Nanaia Mahuta) the right of veto over the entire health system. It may be merely a coincidence that this comes at a time when Labour’s polling is in decline and the backlash against co-governance – which transcends political boundaries – is growing.

But it needs to go further – the  whole $500 million health restructure should be abandoned so DHBs can focus on the enormous patient backlog that’s been created by the pandemic and avoid the disastrous disruption that Ian Powell is predicting.

It’s a similar shambles over Three Waters. While Labour campaigned on ensuring “major decisions about local democracy involve full participation of the local population from the outset”, once their plan to confiscate water services and infrastructure from local authorities was announced, they instructed councils not to consult with their communities. Maori were the only group to be consulted on a proposal that would give iwi co-governance control.

Furthermore, Minister Mahuta’s insistence that the water reforms will prevent privatisation are now raising questions about whether, in fact, Labour is privatising water through iwi control – as Victoria University’s Dr Bryce Edwards explains: “In one sense the co-governance model is a form of privatisation. The new companies will be half controlled by private organisations – iwi, which are increasingly highly corporate in their business operations.”

Labour is now employing desperate tactics to try to save Three Waters. Misrepresentations about the state of water quality in New Zealand are being orchestrated through “friendly” media to scare the public into supporting the reforms. False claim are being perpetuated – that councils will still ‘own’ their assets, and that the planned mega-bureaucracies will save water-users money.

And, with regards to concerns co-governance amounts to tribal privatisation, Labour has still not denied that Three Waters may lead to Kiwi water-users being forced to pay iwi a royalty – in perpetuity – every time they turn on the tap.

So, what does the future hold?

Firstly, in spite of the overwhelming evidence, Jacinda Ardern continues to deny that He Puapua is government policy.

To dress up the lie, Cabinet approved a project under the co-leadership of the Minister of Maori Development Willie Jackson and the iwi leader Professor Margaret Mutu, to undertake yet another round of consultation with Maori. The feedback will form the basis of a Draft Declaration plan and a public ‘consultation’ proposal will be released in June to coincide with Matariki. Once that secondary consultation is complete a “living document” will be launched in December that will ensure the UN Indigenous Rights Declaration of tribal rule can be fully implemented by 2040 – the 200th anniversary of the signing of the Treaty of Waitangi.

This week’s NZCPR Guest Commentator Mike Butler, has reviewed the report from this latest round of Maori ‘engagement’ and explains:

“A report with the lengthy title ‘United Nations Declaration on the Rights of Indigenous Peoples – Key themes from Maori Targeted Engagement in April 2022’ looks like Maori Development Minister Willie Jackson’s tricky next step in implementing the He Puapua plan for two governments in New Zealand, one for Maori and the other for everyone else.

“Jackson’s engagement report unsurprisingly recommends separate administration for Maori of land and resources, education, justice, and housing along the lines of the Maori Health Authority and directly reflecting proposals in He Puapua.

“Justification for this appears in an assertion in clause 12 on page 7 of the report that says ‘strengthening the tino rangatiratanga of tangata whenua was the most consistent matter raised’ by participants in the engagement meetings.”

In essence, the feedback from the Maori consultation confirms that not only do they want the Government to cede power and resources so they can control everything, but they also want to use the Declaration as “an avenue for oversight when Maori rights were not being upheld”.

Is this the ultimate goal – for the Declaration to not only become the mechanism for tribal control of New Zealand, but the basis of a new grievance industry going forward?

Since the NZCPR has no confidence that the government’s public consultation will be anything but biased towards a Maori-first agenda, we are preparing an independent consultation process to ascertain exactly what New Zealanders think about the Government’s plan to replace our Westminster Parliamentary democracy with tribal rule. We will be announcing details shortly.

*Do you believe Labour’s commitment to 50:50 co-governance will harm its chances of re-election?