The latest Taxpayer’s Union/Curia poll is out and it delivers yet another data set that shows Kiwi voters are tiring of the Ardern regime. It certainly delivers more bad news for Labour as they press ahead with their divisive and racist policies. 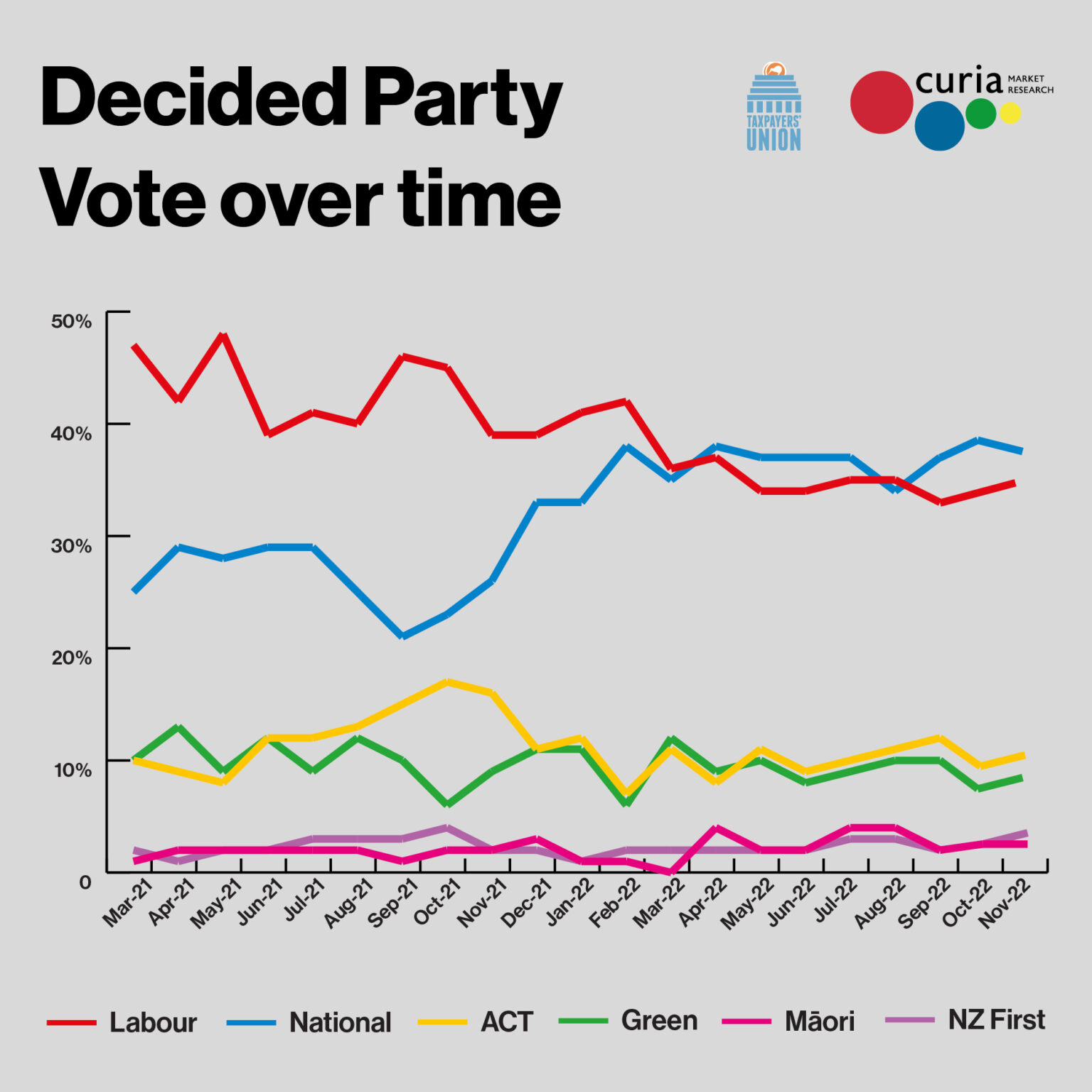 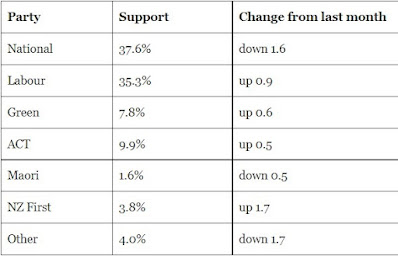 Here is how these results would translate to seats in Parliament, assuming all electorate seats are held: 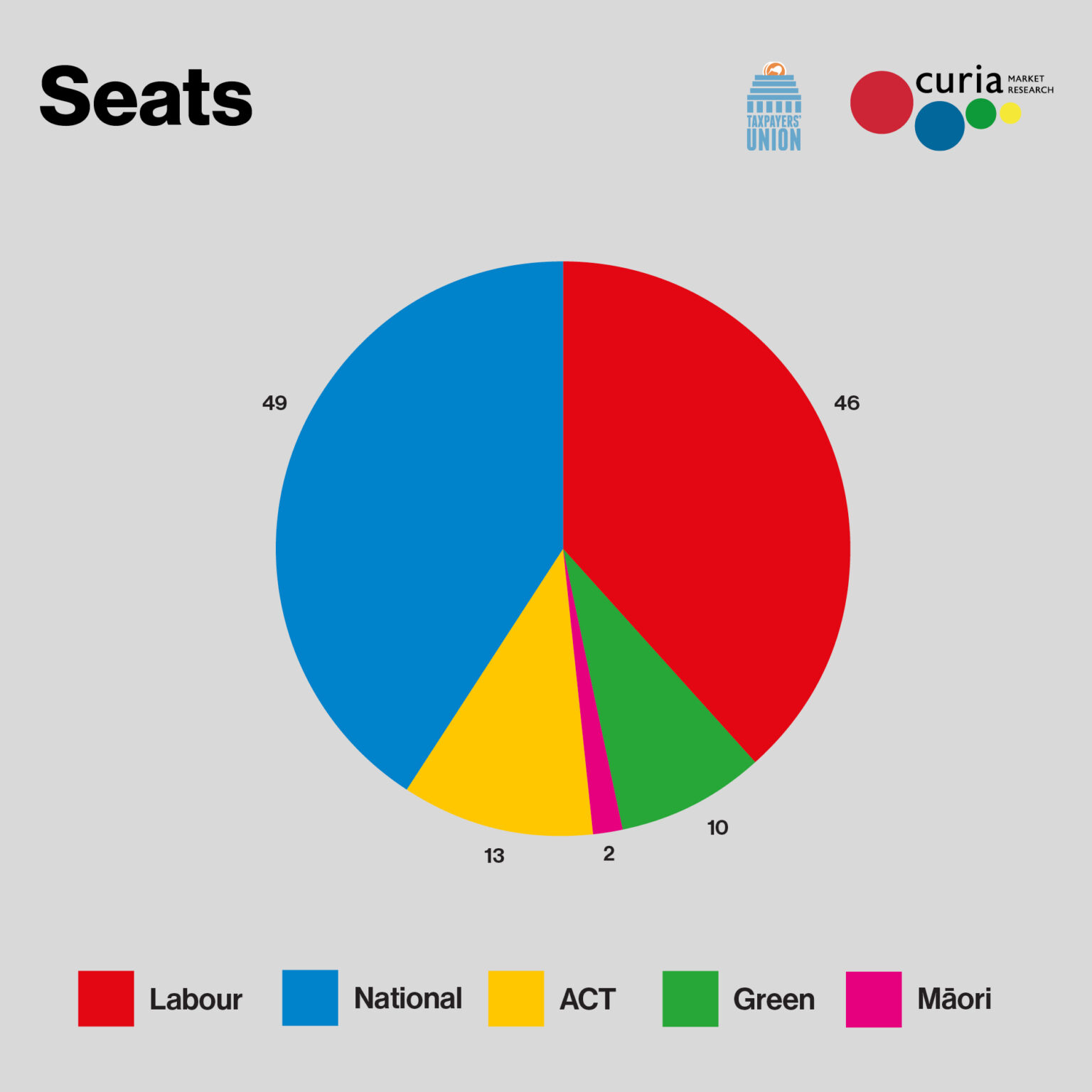 This poll shows that NZ First continues to make advances, nearly at 4 per cent, on the cusp of being able to return to parliament. Expect a strong and boisterous campaign next year from Winston Peters as he seeks utu on Ardern. My understanding is he has a new target for his ire and she’s the Red Queen.

David Seymour is down 1.2 points to 6.1 per cent while Winston Peters drops 1.1 points to 2.5 per cent. Chloe Swarbrick is up one point to 5.8 per cent while the two official Green co-leaders are on just 1.0 per cent combined. 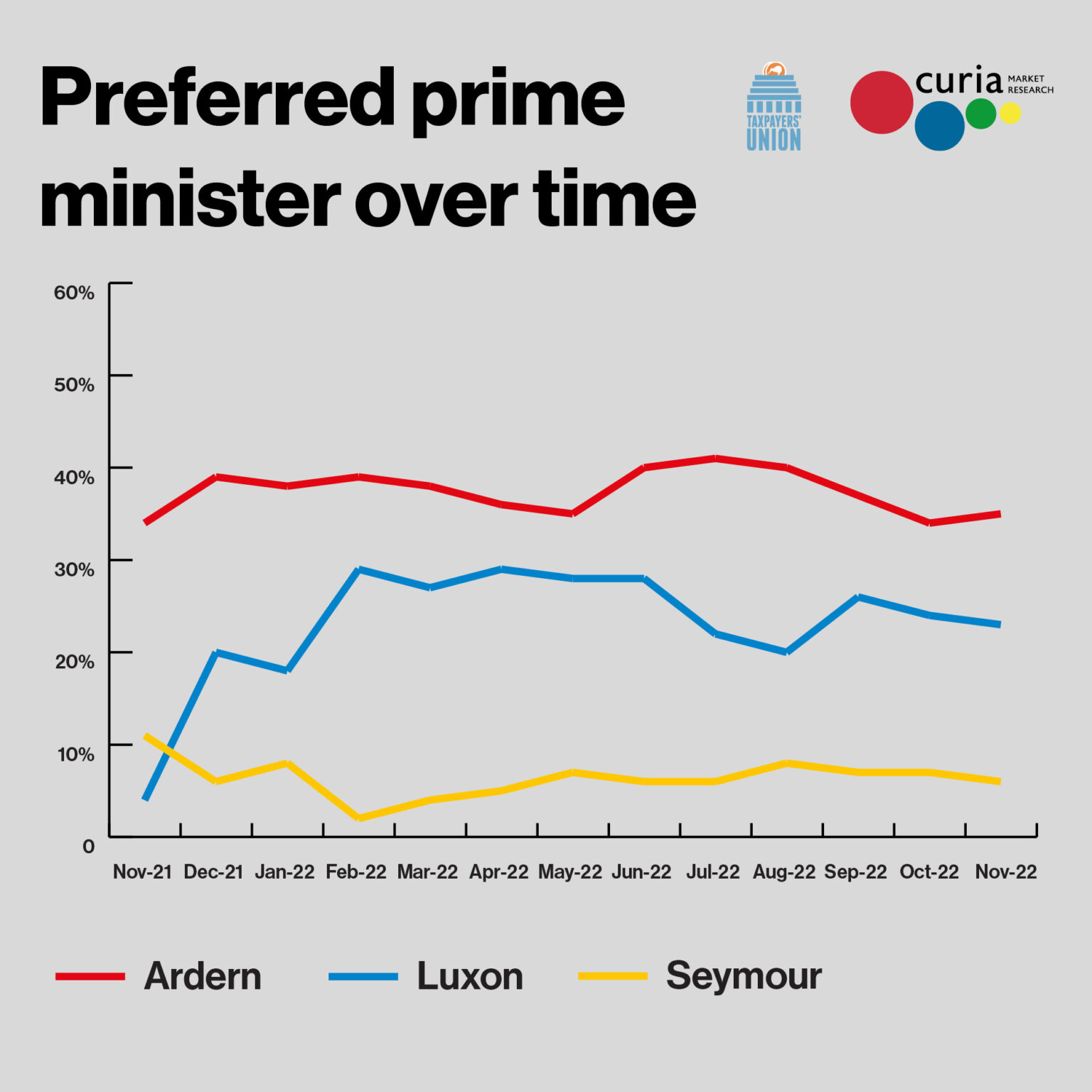 Christopher Luxon is going to have to do something about the trend that is developing in his ratings. Maybe the campaign next year will arrest that slide that has developed.

There is a long way to go, but there are signs of hope that the electorate is finally done with Ardern.
Cam Slater is a New Zealand-based blogger, best known for his role in Dirty Politics and publishing the Whale Oil Beef Hooked blog, which operated from 2005 until it closed in 2019. This article was first published HERE

If Luxon continues to align himself with woke corporate speak, inclusive identity politics, ie the new National candidate for Hamilton west. He and the party can only expect more of a downward trend for both himself and the National party. He may find himself level with J Ardern between now and the election. At the moment it would seem that Labour and National would make great coalition partners. I cant see to many points of difference.