3) Are greenhouse gas emissions shrinking the stratosphere?
GWPF Observatory, 13 May 2021

When the GWPF earlier this week called on Boris Johnson to turn the UN climate summit in Glasgow in November (COP26) into an online event, we didn’t expect that his advisers would react that quickly, now considering the same idea. 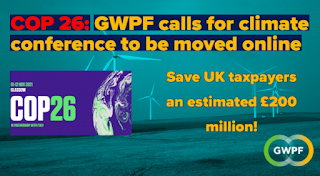 The Guardian is today reporting that “a rising chorus of voices within Whitehall is calling for a virtual Cop26, in place of the messy uncertainty of an in-person Cop that may have to be called off anyway, if the pandemic takes a turn for the worse.”

It would appear that new Covid variants are causing rising government concerns about the possible resurgence of infections next winter. As members of the government’s scientific advisory committee, Sage, have been called to an urgent meeting, Boris Johnson has warned of even “greater suffering” next winter if new Covid-19 variants were to spread and take root.

COP26 president Alok Sharma seems determined to ignore the Prime Minister’s Covid warnings and wants to go ahead with plans to fly in thousands of delegates from around the world, regardless of any Covid risks.

According to the Financial Times, the UK and the UN are exploring the possibility of a special vaccination programme for COP26 delegates to ensure the climate summit can proceed face-to-face in November. Ministers are contemplating a ‘hybrid model’ that would allow 9,000 national officials from nearly 200 countries to fly in and meet in person, while the habitual green campaigners, energy lobbyists and the army of eco-journalists would have to follow deliberations online.

In light of his winter Covid warnings and the many benefits of turning COP26 into an virtual conference, the Prime Minister would be well advised to make the right decision, or risk exposing the Government’s Covid warnings as hypocritical.

Every time severe winter weather strikes the United States or Europe, reporters are fond of saying that global warming may be to blame. Now, the most comprehensive modeling investigation into this link has delivered the heaviest blow yet to this habitual claim 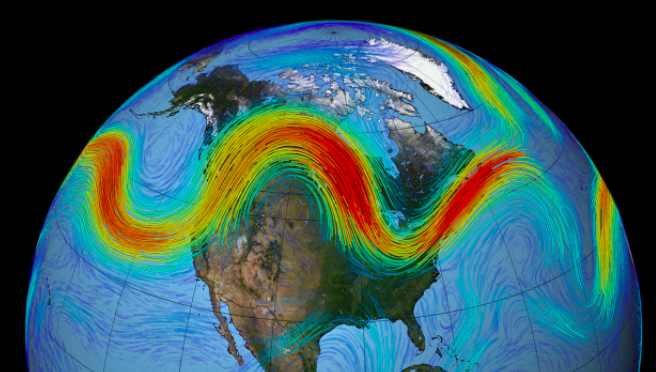 Every time severe winter weather strikes the United States or Europe, reporters are fond of saying that global warming may be to blame. The paradox goes like this: As Arctic sea ice melts and the polar atmosphere warms, the swirling winds that confine cold Arctic air weaken, letting it spill farther south. But this idea, popularized a decade ago, has long faced skepticism from many atmospheric scientists, who found the proposed linkage unconvincing and saw little evidence of it in simulations of the climate.

Now, the most comprehensive modeling investigation into this link has delivered the heaviest blow yet: Even after the massive sea ice loss expected by midcentury, the polar jet stream will only weaken by tiny amounts—at most only 10% of its natural swings. And in today’s world, the influence of ice loss on winter weather is negligible, says James Screen, a climate scientist at the University of Exeter and co-leader of the investigation, which presented its results last month at the annual meeting of the European Geosciences Union. “To say the loss of sea ice has an effect over a particular extreme event, or even over the last 20 years, is a stretch.”

see also the habitual climate hype by the Met Office, the BBC & the usual suspects

** The Independent: Spring snow chaos in Europe ‘caused by melting sea-ice in the Arctic’, scientists say

** The Guardian: The reduction in Arctic sea ice caused by climate change is playing a role in the UK’s recent colder and drier winter weather, according to the Met Office.

3) Are greenhouse gas emissions shrinking the stratosphere?
GWPF Observatory, 13 May 2021

Relax. Contrary to some reports climate change is not going to cause satellites to fall out of orbit or your satnav to malfunction. 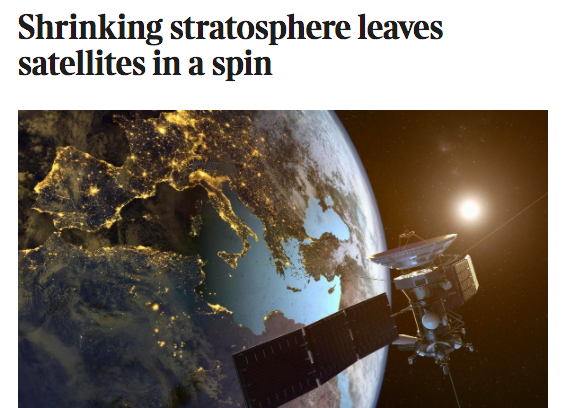 According to scientists led by Charles University in Prague writing in a paper just accepted by the journal Environmental Research Letters the stratosphere is shrinking. They say they have found a “substantial contraction” since 1980, the date when measurements commenced. Since then it has shrunk by 400 metres at a fairly constant rate of about 100 metres a decade. It’s obvious that the decline predates 1980 so the cause is likely not due to recent environmental changes. See Fig 1. 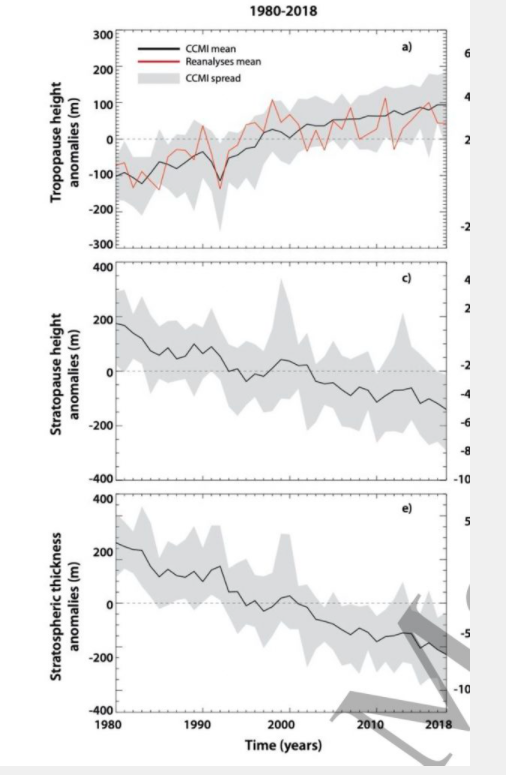 Substantial? Not in my book. Remember that the stratosphere – the atmosphere’s second major layer sandwiched between the troposphere and the mesosphere – starts at an altitude of 35,000 metres (at the equator, lower at higher latitudes) so it’s a small change and not an “alteration to the equilibrium of the planet” as has been stated.Satellite operators need not be worried. Satellites orbit high above the region where these effects are seen in the thermosphere (90-600 km) where the atmosphere is chiefly under the influence of the Sun. Typically a satellite will decrease its orbit by 5 metres a day when the solar activity is low but up to 50 metres a day when it’s high.

Hence the need for regular reboosting of the International Space Station.The researchers say that the overwhelming cause of the decline in the size of the stratosphere is down to increasing greenhouse gas emissions and they have the output of a computer model to prove it. I suspect that given that the size of the stratosphere has declined slightly and greenhouse gasses are increasing a computer model could assign causation though given the data inputted into the model I am unconvinced.

The researchers go further making extrapolations to 2080 saying that by that time the stratosphere will have shrunk by a total of 975 metres. As 2080 is far further away than the length of the data already obtained I think that’s a watching brief.

Driving could become the preserve of the rich as Britain and other countries around the world impose bans on diesel and petrol cars and embrace electrification, the boss of Vauxhall owner Stellantis has warned. 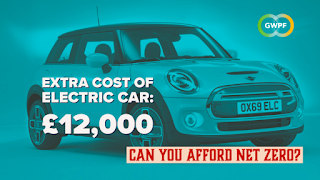 A global rush to go electric could make cars too expensive for the middle classes, said Carlos Tavares, chief executive of the world's fifth-biggest car maker - and it may even fail to significantly reduce carbon emissions because the vehicles are so much heavier than petrol ones.

The comments are the most outspoken public criticism of electrification by any car boss and will likely cause consternation in Downing Street, where Prime Minister Boris Johnson has said new fossil fuel cars will be banned from 2030.

He said: “I can’t imagine a democratic society where there is no freedom of mobility because it’s only for wealthy people and all the others will use public transport.”

The pandemic has underlined the public’s dependence on cars for “personal mobility" and this should be seen as a fundamental right, Mr Tavares said.

Car manufacturers are confident about making vehicles that can meet environmental goals, he said, but added this could drive up prices. A petrol Vauxhall Corsa starts at £16,000 while the company's cheapest electric version, the Corsa E, costs £26,400, although the price difference is narrowing.

Mr Tavares said: “How can we protect freedom of mobility for the middle class who may not be able to afford €30,000 for a battery electric vehicle when today they pay half that for the same product with a conventional engine?

"If we make mobility only affordable for the wealthy people, we will not have a strong impact because we will have a fleet of old cars which will continue to emit."

The chief executive, who was speaking at a Financial Times conference, hit out at governments for forcing the automotive industry to switch to electric cars rather than considering other low carbon technology which might have been cheaper and easier to produce at scale.

He said: “The scientific decision on the choice of this technology has not been made by the automotive industry.”

Electric vehicles are typically between 300kg and 500kg heavier because of their battery systems, Mr Tavares said, meaning they need more energy to power as a result. If they are charged up using energy from coal or oil fired power stations, this could ultimately mean emissions are higher.

Mr Taveres - whose firm also owns Fiat and Chrysler - urged politicians and environmental campaigners to consider the total lifecycle impact of the decision to go electric, which also takes in the impact of mining exotic metals for batteries, rather than focusing solely on how much less carbon they produce when running.

US and Europe risk being left behind unless they secure cobalt supplies for batteries, says Ivan Glasenberg

The car industry in the US and Europe risks being left behind by their Chinese rivals unless they secure supplies of cobalt, according to the world’s biggest producer of the key battery metal.

Glencore chief executive Ivan Glasenberg told the FT Future of the Car Summit on Wednesday that western carmakers would be naive to think they could always rely on China to supply the batteries for electric vehicle fleets.

Glasenberg said Chinese companies had been quick to realise the vulnerability of their supply chains and “tied up” lots of cobalt from the Democratic Republic of Congo. Cobalt is a metal needed in the lithium-ion batteries used in longer-range electric vehicles.

“The western companies have not done it. They either don’t believe this is an issue or they believe they are definitely going to get the batteries from China,” Glasenberg said.

The warning comes as a global chip shortage puts the car supply chain under the microscope and follows a 50 per cent increase in the price of cobalt in the past six months.

Hundreds of environmental and grassroots groups, including national groups such as Friends of the Earth, Center for Biological Diversity, and the Indigenous Environmental Network, sent a letter to lawmakers Wednesday calling on them to pursue a national standard requiring 100% renewable power by 2030.

It’s a rebuttal to the clean electricity standard policy favored by the Biden administration, top House Democrats, and many more centrist environmental groups that calls for carbon-free power by 2035 but allows resources such as nuclear energy, carbon capture and storage, and even natural gas to play a role in meeting the requirements.

“Shifting the U.S. grid to zero emissions by 2030 is supported by leading climate scientists and consistent with the domestic carbon reductions to meet the U.S.’s historical climate debt and equitable fair share to limit global warming to 1.5 degrees Celsius, without carbon market mechanisms,” the groups wrote.

The fight over whether to rely solely on renewable energy has been simmering largely behind the scenes among environmental groups and Democrats in recent months.

Now, the debate is beginning to break out into the open as Congress and the Biden administration negotiate an infrastructure package that is also likely the best near-term chance to pass significant climate policy.

Full story
7) What climate crisis? UN predicts record global wheat production for 2022
Food and Agricultural Organization of the UN, 6 May 2021 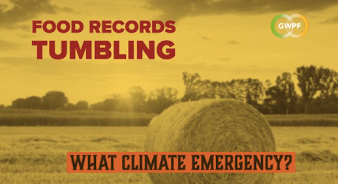 Based on the 2021 production prospects and the 2021/22 utilization forecast, FAO’s preliminary forecast for world wheat stocks by the close of seasons in 2022 is pegged at a record level of 293 million tonnes, up 3.0 percent above their opening levels. 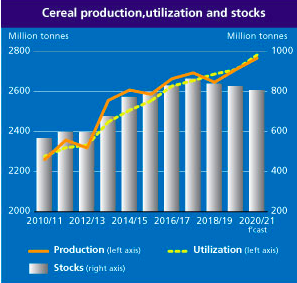