Cam Slater: When Will She Be Held to Account?

Do you remember when Jacinda Ardern told you all that if you got vaccinated “you won’t get sick, and you won’t die”? She also said that the vaccines were safe and effective. When is she going to be held to account for those mistruths? 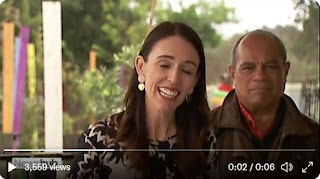 Click image to view video
We remember, and we have the video to prove it. But the official statistics tell us that you will get sick, very sick indeed, and that you may die.

Click image to view
Note how the Government hides the unvaccinated and lumps them in with people who have had one jab and calls them “Not Fully Vaccinated”. That’s dishonest, but it also doesn’t hide the fact that as of yesterday the deaths amongst those who have been boosted are five times higher than the Not Fully Vaccinated, and four times higher than double jabbed Kiwis.

Boosted deaths are now more than those other two groups combined and are half of all deaths.

That’s a lot of dying from Covid that Ardern said just would not happen. Remember her words were that if you were vaccinated “you won’t die”.

The other thing the statistics are showing us is that the old, mainly over 70, are disproportionately affected. They are also amongst the most highly vaccinated.

I’ve said it before, and I’ll say it again: This is not rocket science. New Zealand has been a laggard in every aspect of the pandemic. We have had the luxury of being able to watch other countries make dreadful mistakes to then avoid making the same mistakes ourselves.

But here’s the kicker: we went right on ahead and actually made the same mistakes.

It was obvious six months ago that increased vaccinations lead directly to increased mortality from Covid. Don’t believe me? Well have a look at the data… every highly vaccinated country in the world had a corresponding massive increase in cases, hospitalisations and deaths. The charts match. 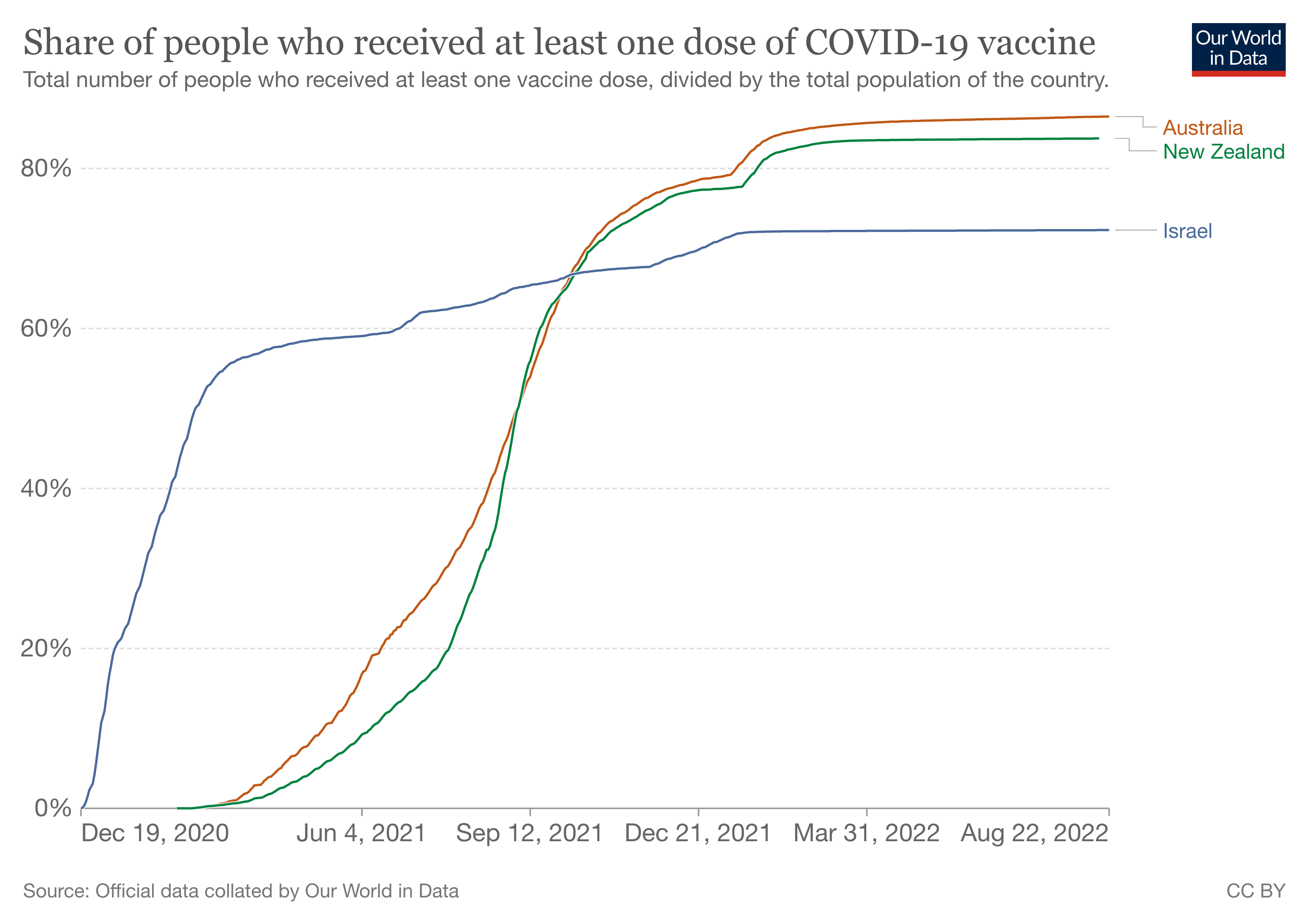 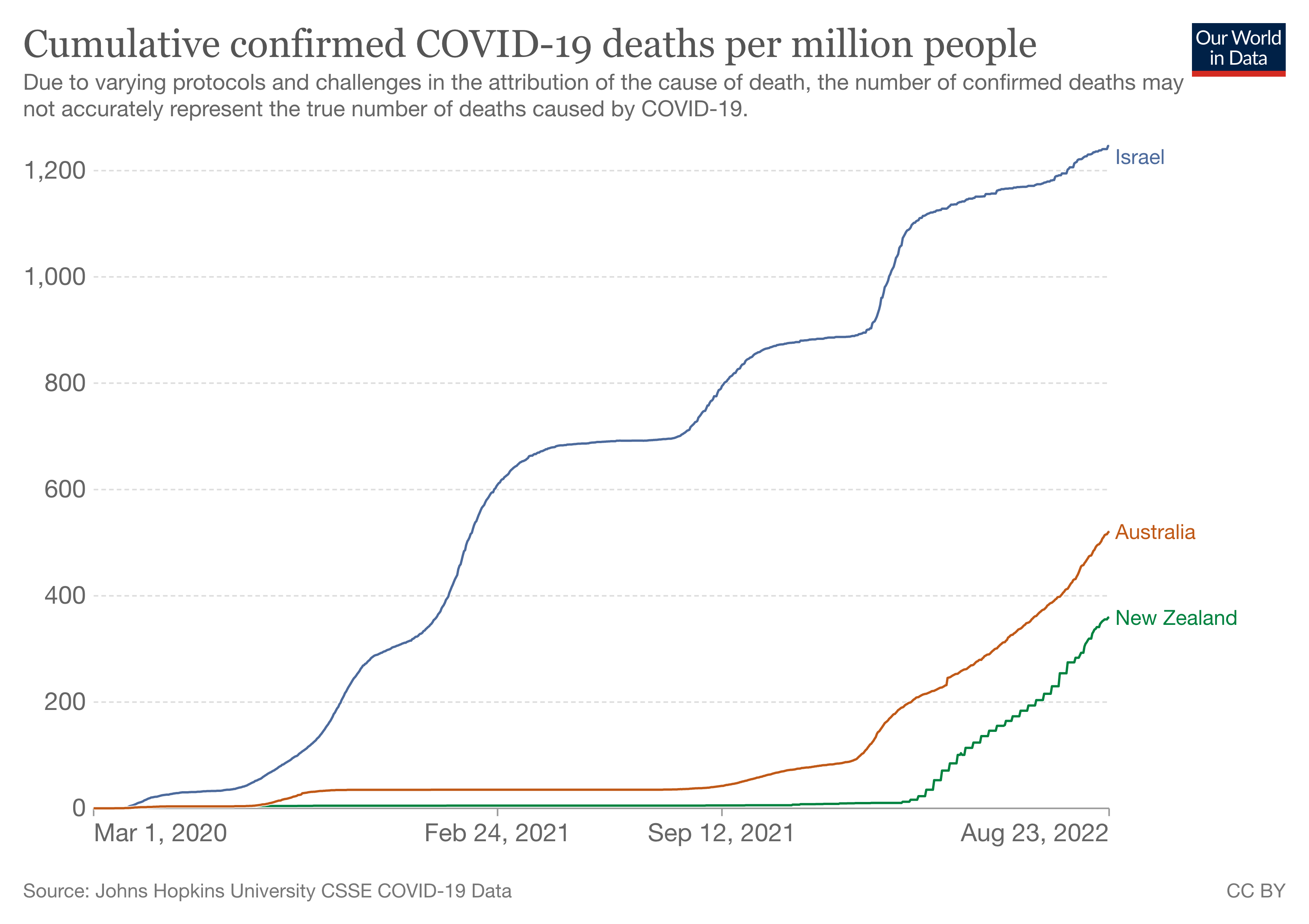 Hospitalisations track the same. That’s a lot of people who are dead or sick when they were told neither would happen. Yet our media remain silent, pushing continued vaccination.

Now the world is experiencing a whole lot of sickness too that is unexplained. The US Military has had huge increases in reports of cancers, myocarditis and pericarditis, as well as some other diseases like male infertility, tumours, a lung disease caused by blood clots and HIV.

Monkeypox is rearing its head all over the world, and just yesterday we had reports of a new blistering disease mostly affecting children.

Isn’t it funny how none of this happened until the world lost its collective mind and rushed to vaccinate as many people as possible with a medical treatment that has proven to be neither “safe” nor “effective”?

Everyone knows someone who has had side effects. I know of one true believer, who has had four jabs and who is perplexed as to why he now has tinnitus and shingles. It has not even entered his mind that those two afflictions are well known as proven side effects of the jab.

What has been abundantly clear is that the more you jab the sicker you get.

Don’t believe me? Then read this comprehensive list of just how unsafe and ineffective these vaccines are. Here is just a taster and there are 50 such instances:
1. 1 in every 246 vaccinated people died within 60 days of Covid-19 vaccination in England according to UK Government. Feel free to stop reading this list at any time after reading any of the articles.
2. Watch this clip. Ever seen that before the Covid vaccines?
3. Moderna documents regarding their Covid vaccine trial on animals, obtained via a Freedom of Information Act request by Judicial Watch, showed that some of the offspring of rats that were injected with Moderna’s mRNA shot developed rib malformations. How do we know this isn’t happening in kids born to vaccinated mothers?
4. Vaccine deaths outnumber Covid deaths in US households, two new polls confirm. Results are consistent between polls done by multiple independent polling firms.
5. Germany’s largest health insurer reveals one in 25 clients underwent medical treatment in 2021 for Covid ‘Vaccine’ side effects. But only 78 per cent are vaccinated, so that is a five per cent injury rate for people who were vaccinated. That is insane for a vaccine. We were told that the vaccine was safer than a placebo!

At some stage, the politicians and the media who pimp out a constant barrage of misleading and downright duplicitous advertising for vaccinations are going to have to be held to account. The problem is massive and who exactly is going to be able to even start holding them to account?

If you aren’t very angry about what has happened to this country then you either haven’t been paying attention or are too stupid to understand that you’ve been lied to, been gaslit and been brain-washed.

I remember what Ardern said, I saw what she did. I know a lying, duplicitous, evil tyrant when I see one. Do you?
Cam Slater is a New Zealand-based blogger, best known for his role in Dirty Politics and publishing the Whale Oil Beef Hooked blog, which operated from 2005 until it closed in 2019. This article was first published HERE