Net Zero Watch: Bang on time! COP26 faces its final stretch with a deadlock in the negotiation

1) Bang on time: COP26 faces its final stretch with a deadlock in the negotiation
AFP, 12 November 2021

The Glasgow climate conference faces its final stretch on Friday with a negotiating blockade, after two weeks of big announcements by many countries considered, however, insufficient to face the environmental challenge. 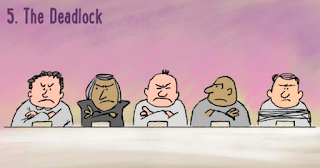 “The world is watching us,” said the president of the COP26, the British Alok Sharma, on Thursday afternoon, in front of the assembly of negotiators before diving back into long meetings around a draft.

Sharma delegated to the Costa Rican Minister of Environment and Energy, Andrea Meza, the responsibility of giving coherence to the final product.

Financing, carbon markets -where countries can buy and sell gas emission rights-, damages and losses caused by climate change and the level of commitment to the +1.5 ºC target are the main topics of discussion, according to various negotiating parties.

In the latest draft for debate, countries were called upon to accelerate their emission reduction plans and present new targets in 2022, three years ahead of schedule.

There was also a specific mention inviting them to begin to abandon their dependence on fossil fuels, which would be a first in the long history of these conferences under the aegis of the United Nations.

On the finance side, developing countries have already achieved a promise from rich nations, managed by Germany and Canada, that in a couple of years the figure of 100 billion dollars a year will be regularized to basically help them mitigate the problem. emission of greenhouse gases and, to a lesser extent, to adapt to the inevitable consequences of climate change.

A key pledge in the Cop26 deal on phasing out fossil fuels has been watered down in the latest draft, released hours before the summit is due to end.

The first draft of the final agreement, which will decide whether the Glasgow summit has been a success, included a line calling for the accelerated phase out of coal and fossil fuel subsidies.

The latest draft instead refers to “unabated coal power” and “inefficient subsidies”, which are understood to mean direct assistance for the extraction of fossil fuels, rather than state funds for household fuel poverty, such as the UK’s Warm Homes Discount.

Unabated coal means power plants without technology attached that can capture the emissions and store them.
The new draft was released after a long night of negotiations, and with many issues left to resolve it is now almost certain that talks will pass the official deadline of 6pm Friday.

Negotiators were not expecting the pledge on coal and fossil fuels to make it into the final text, so its inclusion in the second draft has been taken as a positive sign.

The wording matches similar language used by the G20.
If it makes it to the final text, it would be the first time that fossil fuels have been explicitly mentioned in a final agreement at the annual climate summit.

But activists say the language has been “critically weakened”, leaving it open to interpretation by major polluters....

A line that “urged” countries to resubmit new plans to cut their emissions as soon as next year has been changed to a “request”, which the UN says is stronger language in an official document.

The UN says “urging” is the strongest language for a call in an official document such as this, but negotiators believe "requests" is strong enough to make countries return.

Getting major polluters to come back with new plans next year for emissions cuts before 2030 is seen as the best hope for achieving the summit’s aim to keep warming to 1.5C.

Analysts say we are on track for more like 2.4C of warming on the basis of current 2030 emissions cut promises.

European Union climate chief Frans Timmermans gave the clearest signal yet that the bloc is considering a role for natural gas under its green rulebook for investments, setting up a clash with some national governments. 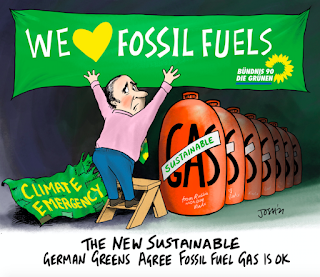 Timmermans said that an exit from coal for some member states, like Poland, would require an “intermediary stage” using natural gas. It would be subject to strict conditions, including pre-fitting pipelines so that they can carry hydrogen and de-carbonized gases after the transition from natural gas ends.
“We will have to also invest in natural gas infrastructure,” Timmermans said in a press conference at the COP26 climate conference in Glasgow, Scotland. “As long as we do it with an eye of only doing this for a period, then I think this is a justified investment.”

Environmental groups have criticized the potential inclusion of natural gas in the EU’s so-called taxonomy, the set of rules determining whether certain investments can be classified as green. They say that it would result in the bloc avoiding its responsibility to keep global warming below 1.5-degrees Celsius, and that it may open the door to also include nuclear energy.

The EU has touted its green regulation as the “gold standard” globally. While the original plan left out nuclear and gas, some countries such as France are pushing for the inclusion of those sources amid a spike in energy prices.

This sets the scene for a potentially fierce fight between member states. In a joint statement issued during COP26, environment ministers from Germany, Denmark, Portugal, Austria and Luxembourg warned against classifying nuclear power as green in the EU’s sustainable investment rulebook.

“It’s a bad decision to put nuclear inside European taxonomy,” Portugal Environment Minister Joao Pedro Matos Fernandes said. “It’s not safe, it’s not sustainable and it costs a lot of money. There are many other options, especially wind and solar.”
4) Benny Peiser on COP26 and the annual COP pantomime
Talk Radio, 12 November 2021

Julia Hartley-Brewer: "As this is the last chance to save us from doom, will this year's COP deal make a difference?"

Benny Peiser, Net Zero Watch: "It's the same pantomime every year and always one minute to Armageddon. This year's deal will be to meet next year."

Johnson Matthey plans to stop manufacturing chemicals for batteries, dealing a blow to Britain’s ambitions to develop a homegrown champion in the race to power electric cars.

The 204-year-old UK company announced its decision to exit the key business on Thursday, as it warned that supply chain disruptions would hit profits and said its chief executive would step down next year.

The group had been betting big on developing a jet-black substance called eLNO, made from nickel, cobalt and lithium and used in cathodes, the most expensive part of an electric car’s battery.

The plan to sell this part of the business will end the company’s ambitions to transform itself into a key supplier for electric cars. The sector is predominantly led by Chinese producers such as CATL, with Europe’s Umicore and BASF remaining as the large western competitors.

Johnson Matthey said the potential returns from its capital-intensive battery materials unit would be inadequate as the market became commoditised, stripping away its ability to offer a unique product.

COP26 has been a flop. The world’s leaders have failed to stop climate change and it is now up to us to save the world from catastrophe. 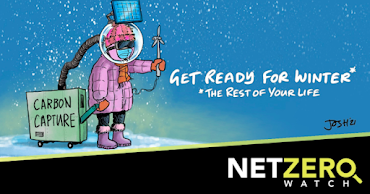 Ever since the first COP, in 1995, we have been living at ‘one minute to midnight’ and the clock is still ticking. Many Western countries have made grand announcements to cut CO2, but no agreement has been reached and the people must now act.

Here is your guide to saving the planet from the climate change emergency extinction apocalypse.

See the effects of climate change

When you understand that climate change affects everything, everything you see will demonstrate the catastrophic effects of climate change. Nature is dying and the weather has changed.

Just look around you.  Even the leaves on the trees are changing colour and dying. When your train is cancelled because of ‘leaves on the line’, you know that the real cause is not poor maintenance, it is climate change. When an autumnal storm causes flooding, you know that blocked drains are only masking the catastrophe of global warming.

Point this out to friends and neighbours when they complain about the poor weather. The rain, the storms and the biting wind are all signs of climate catastrophe.

Most people prepare for winter by simply turning on their central heating. Turn off your heating now and fit a heat pump. Although heat pumps don’t produce enough heat to stave off the winter chill, they do instil a warm feeling of righteousness to carry you through any cold winter. And, by living in a cold house, you are doing your bit to reduce the overall global temperature. It’s a win win!

Switch to a green energy supplier

Although the hike in gas prices has put most Green energy suppliers out of business, there are still some left. Find a supplier that only produces electricity from solar panels, wind turbines and farmyard dung. This ensures that you can rely on bullshit electricity, when the sun isn’t shining and the wind isn’t blowing.

Get a green job

The closure of energy-intensive industries will force many people to find new jobs. Get ahead of the pack and join the Green Jobs Revolution. Train as a loft insulator or plant-based sausage-maker. Debt collectors for unpaid energy bills and citizen advice bureau volunteers, for impoverished pensioners, will soon be plentiful.

If you prefer white-collar jobs, with excellent salaries, Sustainability Directors, Environmental Consultants, Carbon Auditors, Climate Conference delegates and Subsidy Form-Completion Experts are in high demand. If you fancy joining delegates at the many future COP conferences, write a report about sustainable living and hire yourself a private jet.

The biggest change you can make is to reduce the size of your family. Although, it is currently frowned upon to eradicate living family members, you could encourage older relatives to join Insulate Britain. This branch of Extinction Rebellion has arranged for retired people to lie down on busy motorways. Although this activity hasn’t improved the uptake of loft insulation, it could contribute to rapid population reduction.

Capture your own carbon

Carbon capture technology is in its infancy. However, you can develop your own personal carbon capture scheme by placing a plastic bag over your mouth as you breathe out your planet-killing carbon dioxide. Squeeze the bag  into a barrel and then, when the barrel is full, drop it into an old well or bury it in the garden. If you want to go out, simply place the barrel into an old pram and take it with you.

If this is all too much trouble, simply hold your breath and become a human carbon storage system, as you expire.
If we all take action on climate change, we could at least save the world from the windy bluster of future COP conferences.