The call has gone out for the minor parties to unite. It’s a great idea, until it comes to putting it into practice. Let’s put hope and wishful thinking aside for a moment and deal with realities.

The minor parties that contested the election in 2020 are: The Opportunities Party (TOP), New Conservative, Advance NZ, Aotearoa Legalise Cannabis Party, ONE Party, Vision New Zealand, NZ Outdoors Party, TEA Party, Sustainable New Zealand Party, Social Credit, and HeartlandNZ. Collectively these 10 parties gained 5.2% of the vote. That vote was wasted – that percentage was allocated to the parties that did win seats (so Labour was the main beneficiary).

Polling would suggest support for the minor parties is likely to be higher in 2023. We now also have the Freedom & Rights Coalition, the New Nation Party and DemocracyNZ. (NZ First can be ignored because there is zero chance of them joining with minor parties.)

The chances of a minor party getting into Parliament on their own account in 2023 is virtually zero. They face huge obstacles - including the fact that anyone who votes for them knows their vote is likely to be wasted.

Uniting is their very best hope. The issue is how best to do that.

The Alliance Party was successful. It was formed in the early 90s out of New Labour, Greens, Democrats, and Mana Motuhake. They gained 10% of the vote in 1996. However, they did have the huge advantage of having a presence in Parliament care of the two electorate seats they won in 1993 and high-profile personalities in Jim Anderton and Sandra Lee. The minor parties today do not have that advantage and are unlikely to come anywhere near winning an electorate. 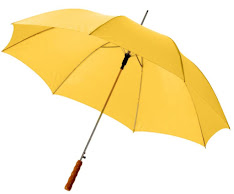 The essential problem is how to convince the minor parties that they should unite. Not only will egos and self-interest get in the way, but some will harbour the delusional expectation that by some miracle they alone can achieve the 5% threshold.  There is also the not-so-minor issue of policy differences.

A solution is to sidestep all of those issues. The minor parties could campaign as separate identities but under an “umbrella” called the Umbrella Party to hoover up the votes into a single receptacle.

The Umbrella “Party” would not have any policies. It would have a very simple constitution with two primary clauses:

Would there be an accusation that this is gaming the system? Yes - that’s how the established parties would present it.

Would that harm the chances of the strategy succeeding? No – it would actually help it.

History would suggest expecting any form of association between the minor parties is likely to lead to disappointment, but in these gloomy political times, a little bit of optimism may not be a bad thing.

Frank Newman, a writer and investment analyst, is a former local body councillor.

A great idea Frank. I have joined Democracy NZ. Matt King is the one most aligned with my Kiwi ideals. Of course he won't obtain the number of votes National or ACT will but he could be a good coalition partner.

I think the other minor parties have excellent candidates also. People who really care for New Zealand and New Zealanders. I don't see why they can't unite and still retain some of their individuality.

Interesting idea. But I suspect the reason the small parties can't or won't unite on their own will also doom this to failure. They're a bit like religious offshoots of a main sect who imagine themselves that little bit more special and righteous than everyone else, so why should they compromise.

Politics is a lot to do with egos. Small parties with very few individuals are usually dominated by one or two strong personalities who will be loathe to share the limelight.

The formula for allocating seats will likely be the stumbling block, or the excuse not to unite for the reasons above.

Absolutely brilliant and exciting idea, Frank.
If you establish the party with you as President and Muriel as Leader, I will join on Monday. Where do I send the $20?
You two are ideal to sit down with the leadership of each party and make them the offer they would be crazy to refuse. The plan immediately reduces their hurdle for votes from 5% to somewhere between 0.5 and 1%. It’s a no-brainer. If the Umbrella Party does not receive 5% on behalf of all its constituents, then all the parties were dreaming anyway. If a small party is adamant that they can get 5% on their own, then they can still do that under the Umbrella - and get allocated the seats accordingly.
Regarding the list construction, it could based on audited party membership numbers at a certain date. This would encourage parties to get their supporters signed up as financial members, in order to prove their support. I don’t see a problem with people being able to join more than one party if they wish: it would simply be an indication of support for the different policies offered by each.
If the Umbrella Party list had to be finalised earlier than the constituent parties wished, then the constitution could include an Integrity Clause, obliging list members to resign in favour of the next person, if their position was incompatible with the agreed proportionate representation.
Then each party could potentially have right up to the election to canvass for members (and potential seats).
I cannot see any downside for the small parties, only considerable upside. They have nothing to lose, and everything to gain - the ability to get representation in Parliament, with no strings tied to anyone else. They would be there to represent their constituents, and answerable to them. No wasted votes!
If, as is possible, the Umbrella Party (as a group) held the balance of power, the major parties would have to negotiate with potentally 5-10 other parties, each with their own “non-negotiables”. I can imagine that the “Treaty partnership” idea might be “gone by lunchtime”.
If there is something I have missed, let’s talk about it.
Maybe Muriel should be on the list - it would be great to have her back in Parliament.

A great idea,it must be an all in, to march these socialists out of government.Put any ego's aside, this a very serious situation the country is in,we need every 5% we can get!

DeeM. I agree with your assessment. I think there is only a remote chance of a grand coalition of the minnows happening (say 5%).

The most likely outcome is Brian Tamaki (Freedom & Rights) holding hands with Sue Grey (Outdoor Party) because there are advantages for both to do so. Freedom & Rights are well organised and know how to organise a protest (they can certainly mobilise a crowd), and Sue Grey is the darling of the anti-mandate movement, which has passion and links into Voices for Freedom.

I think that 'alliance' will be the powerhouse and only accept others under their "umbrella" if it is on their terms which as you say will be to do with list place rankings. I suspect their terms will be - "welcome, there's the back of the queue".

And what would be the chance of any of these prospective alliances being given any publicity whatever? With the corrupt labour cult having the msm in their pocket the chance is nil. Just try to find anything to do with New Conservatives or NZ First or ACT or National in the msm that is not disparaging.
The only outlets for these parties are NZCPR, BFD or KIWIBLOG and a great many people who would be inclined to support these parties are yet to become aware of alternate news sources that are not corrupt. The problem as I see it is that corruption has been allowed to be introduced by this odious cult and, apart from a general election, we have no recourse to get rid of it. There should be laws which prevent corruption, nepotism,totalitarianism, all of which this labour cult have employed.

In my opinion Matt King will win his Northland seat and be the King maker 2023. How many he brings along with him depend on how many of his supporters stick to their guns on Election Day. Winston showed his hand on the Platform yesterday and won’t rule out working with Ardern again. Getting into bed with her, just a hint of it has sealed his fate.

The Wasted Vote scenario rears it's ugly head. If say the 'Umbrella party' gets 4.8% of the vote. They get no seats but they have just taken 6 seats off the right. Their votes are then effectively split in two, 3 seats for the left and 3 seats for the right. They have taken 3 seats off the right and at the same time added three seats to the left. Net outcome; a 6 seat advantage for the left. The exact opposite of what they were trying to achieve. MMP is cruelly dis-advantageous to start-up list-parties. The Conservatives spent over $2million in 2014 got 4% of the vote and failed to get into Parliament. Even if the 'Umbrella' party got 5% and 6 seats they would all be gained at the expense of effectively National. Result; a lot of money and effort but not net seat gain for the right The only exception to this dilemma is a Party like HeartlandNZ which only goes for the Electorate vote, and by not taking party votes they don't decrease the main right parties chances. If they win a seat, it gets added to parliaments 120 seats as an "overhang' seat. Seat number 121! A genuine boost to the right. Repeat this in 6 or more electorates and suddenly you have a genuine addition to the rights chances.

In reply to Unknown. You say, "The only exception to this dilemma is a Party like HeartlandNZ which only goes for the Electorate vote, and by not taking party votes they don't decrease the main right parties chances. If they win a seat, it gets added to Parliament's 120 seats as an "overhang' seat. Seat number 121! A genuine boost to the right. Repeat this in 6 or more electorates and suddenly you have a genuine addition to the rights chances."

I understand the concept and it would not be the first time our Parliament had an overhang. Which electorates would Heartland target? What are the chances voters would not vote for the candidate of their choice but instead vote for the Heartland candidate? (I think it is fair to assume the party holding the seat would not co-operate.)